An Open Letter to My Asian-American Preschoolers 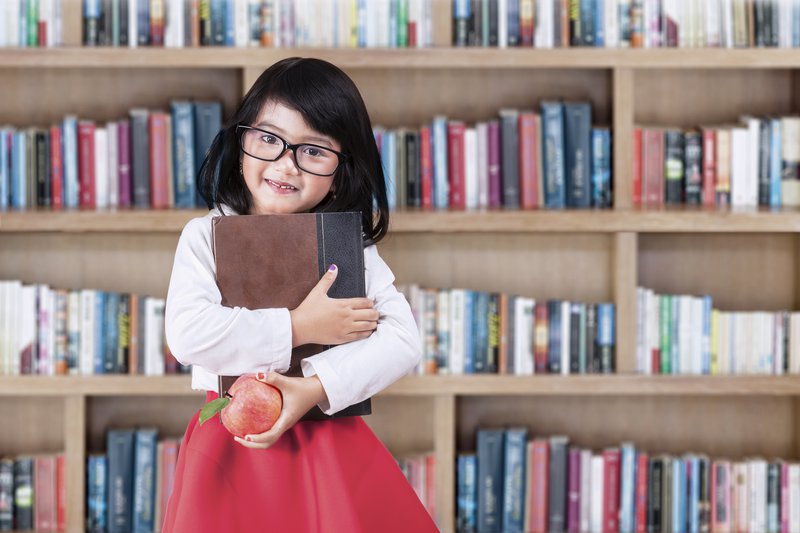 Your world is simple now. I see that when you run around the park — struggling to get through the monkey bars, trying to build a fire with wood chips on the ground, or picking up worms with your fingers. You are simple and blissful and beautiful.

You see the world right now in black and white. Things are fun or not fun. People are nice or mean. Someone is your friend or a stranger. Lunch and naps are just daily obstacles you go through in preschool in between having fun and learning with your friends. The only wall threatening to be built is the one in the block area of our classroom. The only races you are concerned about happen on the rooftop playground between two friends on bikes. The only vote you care about casting is for which book I am going to read during read-aloud.

But one day, you are going to grow up and get older. You are going to see beauty and kindness in the world, tears and laughter of people working together to accomplish goals, joy from parents who witness milestones in their children’s lives, and reconciliation and reunion of loved ones.

But you are also going to experience and witness tension, injustices, and inequity. You will see people of color rounded up and jailed, a generation of kids ill-equipped from their public school education because of their zip code, and families broken apart by cycles of poverty and financial struggles. And that you are not black or Hispanic but Asian-American will not protect you from this. You might become disillusioned by politics when you see the limited representation Asian-Americans have on the Hill and in board rooms, the economy when the income gap between rich and poor continues to grow, and even the shows and movies you watch at night and on the weekends, which barely put people who look like you on screen.

My job is to teach you how to read and write (and count and play), but it is also to teach you that fairness should be extended to everyone, that no one has a right to bully another person, personally or systematically, and that problems require active participation to solve.

And so here is what I want to teach you about your role in this fight:

Have patience with people who are unaware. You were once ignorant, unaware of the struggles of the world and the struggles of people different from you. I know this because I met you when you were just three-years-old.

There will be many people you meet who will fight you with seeming conviction and denial about the existence of systemic racism and white privilege. They may be angry when you try to prove that external factors (such as skin color, wealth, access to opportunities) contributed to their success instead of just hard work and nothing else. But remember, their anger is the same anger that a child feels when the timer is up during choice time and he has to give up his spot in the block area for another friend. Give his spot to a friend who was late to school and has never played in the block area before because her single parent worked two jobs and scrambled to find her adequate breakfast before having to walk her to school. His belief is that something that is rightfully his [an open spot in the block area] is being taken away from him but in reality; it is simply the act of even distribution of playtime.

We need to tell him about the existence of external factors that plagued his friend. For those who are unaware, extend patience and remember: to have been ignorant is acceptable, to remain ignorant is not.

I know you will have no trouble recognizing inequality in this country when it affects you. Even at the age of four, you understood fairness—you knew that it was unfair for one friend (or even a small group of friends) to hog all the markers at the art table, for one friend to insist on always being the line leader, and for one friend to take up a couch by himself when it fits three.

The same inequality that showcase itself when you are in your American history class and your textbook neglects to mention the Japanese Internment Camp or the Chinese Exclusion Act. When you watch television and realize that Asians are always portrayed as submissive and quiet; Asian-American men especially feminine. Or when Asian culture and movies get appropriated with a White leading man. When every time you voice dissent about an issue here in the United States, someone retaliates with “Go back to your own country!” I am glad that you recognize all the subtle (and not so subtle) ways microaggressions are used against you and are combating against it.

But you need to recognize and fight against inequality even when it does not impact you. Back in February of 2016, Asian-Americans all over the country rallied and protested in unprecedented numbers. They were protesting the charges filed against police officer Peter Liang, a Chinese-American with the NYPD who shot and killed Akai Gurley, an unarmed 28-year-old black male in the stairwell of a building. Asian-Americans were protesting about selective justice and citing claims about how Liang’s race was instrumental in his conviction. They said that if Liang were White, there would be no charge.

They missed the point completely. We, as Asian-Americans, should not be advocating for white privilege to be applied to us. We should be advocating for justice for POC families. While the protesters were justified to point out the systematic inconsistency that led to Liang’s conviction and the lack of conviction for many predominantly White officers, we cannot change the fact that the protest—the largest ever by Asian-Americans in recent years—was held in defense of a cop who wrongfully shot and killed an unarmed black man.

You haven’t learned about segregation yet (you are, after all, in preschool).  But you will. You will be taught about a dark time in U.S. history where it was socially accepted to segregate Whites and people of color into different schools, buses, and restrooms. It seems so backward and unfathomable today but this was the reality around 60 years ago. Asian-Americans played a role in perpetuating that inequity.

Lum vs. Rice was a case in 1927 where the Lum family, of Chinese descent, sued the local high school in Mississippi for excluding their Chinese daughter from the White school. “Lum did not argue that it was a violation of the Equal Protection Clause for Mississippi to have separate schools for whites and Chinese, but that it was a violation to classify Chinese as members of the “colored” race,” said G. Edward White, a law professor at the University of Virginia.

Anti-blackness is something that Asian-Americans have historically participated in. Because of this dichotomy that we are taught about race — we don’t see ourselves as black and the only other alternative is to see ourselves as white as possible. We gain relative privilege by being light-skinned (some of us) and a model minority that has been historically and collectively quiet.

But we must not be quiet. In a recent project titled “Letters for Black Lives,” a group of Asian-Americans crowd-sourced an open letter to their older relatives. They were writing in hopes of bridging the generational divide on how to approach racial conversation in America. These young Asian-Americans wrote the letter understanding and acknowledging that their older family members sacrificed a lot in hopes that their children will have a shot at the American dream.

They acknowledged some of the struggles that Asians may go through: “It’s true that we face discrimination for being Asian in this country. Sometimes people are rude to us about our accents, or withhold promotions because they don’t think of us as “leadership material.” Some of us are told we’re terrorists. But for the most part, nobody thinks “dangerous criminal” when we are walking down the street. The police do not gun down our children and parents for simply existing.” Their plea at the end of the letter powerfully says, “I hope you can consider this: the American Dream cannot exist for only your children. We are all in this together, and we cannot feel safe until ALL our friends, loved ones, and neighbors are safe.”

You need to fight even when it doesn’t impact you. You need to fight for fairness for everybody. To acknowledge that you are a person of color and then advocate—with all the conviction and grace you possess—for equality. I have seen you do that on the playground, and so I know you can.