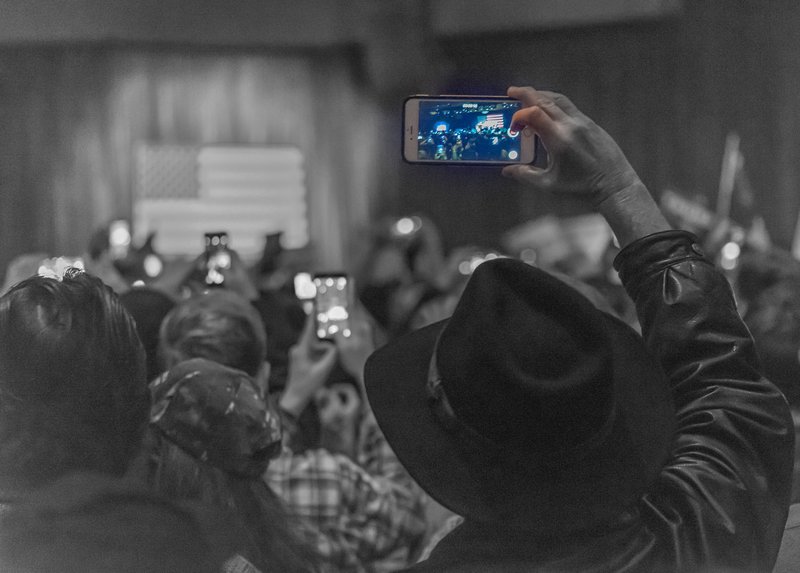 Most progressives woke up deeply disappointed in American democracy Wednesday morning. But according to the ideas of one political scientist, progressives shouldn’t be angry at democracy; they should embrace it even more fully. What the United States needs is a lot more democracy, not less.

That’s the argument that K. Sabeel Rahman makes in his forthcoming book Democracy Against Domination, where he argues that American democracy needs a change in the way we approach policymaking and institutional design, combined with structures that empower constituencies to engage in disagreement and conflict. Essentially, expanding democracy in our politics, and extending it more fully into our economic structures.

Rahman argues that imbalances of economic power and domination, aggravated by low levels of public trust in institutions, explain the cataclysmic state of American democracy. People on both sides of the political system are outraged. They think democracy has failed them.

The collapse of the U.S. financial system in 2008 forced Americans to reckon with a new reality: Theirs was one of high economic inequality and declining economic opportunity. The 2016 presidential campaign, through the rise of left and right populist movements, spoke in unison about how powerful corporations, too-big-to-fail firms, and inequitable market structures, combined with dysfunctional institutions of governance, were representative of system that no longer seemed to work for the American people.

During a conversation at New America, convened by Mark Schmitt, Director of the Political Reform program, Rahman was joined by Brishen Rogers from Temple University, Shayna Strom from The Century Foundation, and Connie Razza from the Center for Popular Democracy. They talked together about the future of American progressive politics looks in an era where work is changing, populism is on the rise, and people feel abandoned by those in power.

As the panelists acknowledged, many Americans have seen their lives change dramatically: the automation revolution has rendered numerous jobs obsolete; a college degree no longer ensures financial stability; and working and low-income families stand at odds with the political elites– the notorious 1%. These are all issues that both liberals and conservatives have struggled with over the past decades to varying degrees.

Pushing democracy into the economy,  Rahman argued, demands innovative ways to fight the concentration of economic and political power without pitting people against each other. That solution is rooted in a more thorough structural approach to economic change, one that addresses the root problem of private power and market inequities, and that creates more responsive, accountable, and effective institutions.

This framework can be found in earlier progressive traditions, which recognized that economic policy is not a battle between the state and market. Democracy allows societies to channel private and market powers in ways that best serve the public, ensuring that no individual actors have enough leverage to highjack the economy, and that the laws and policies making up “the market” allocate economic opportunities fairly.

Rahman’s vision of progressive populism, said Rogers, is uniquely American: It’s a republican form of government underlined by a conception of equal citizenship in opposition to excessive concentrated power, and an ethic of a society where everyone enjoys equal standing. It’s an approach that recognizes that equality is not about resource distribution, but instead about power–economic, social, and political.

Achieving democracy and economic inclusion in today’s “New Gilded Age,” requires that we change both the substance of our policies and the process through which they are made, said Strom. This means aligning progressive values and visions–so that they are part of a larger, coherent effort, and deciding when to completely overhaul policy as opposed to fine-tune it, while ensuring that is all done in a democratic way.

But harnessing and implementing this progressive framework for democracy is difficult. How could the system that we know incorporate these concepts, and how would it work in practice?, asked Strom. For Rahman, the lessons for economic liberty and meaningful democracy involve designing economic policies that identify and target knots of private power in ways that are more meaningfully inclusive and democratic than the New Deal. Creating a universal basic income without addressing the concentration of power and property rights, is not enough, said Rogers.

But legislation is not the only solution to the lack of economic equality and political opportunity. Democratic mobilization and empowerment must also play a key role. Structural change only works if “we the people” have some sense of meaningful control over the process. Rahman writes:  “It ... means investing in grassroots movement organizing to empower constituencies to have political influence independent of the electoral campaign cycle. It means orienting these movement organizations to plug into the often mundane tasks of daily governance in federal regulatory bodies, local governments, and state agencies—the places where, outside of the glare of the election season, the real business of governing and writing of the economic rules takes place.”

How do we practice democracy?, asked Razza. For her, moving forward, past the chaos of the 2016 election, it’s important to both focus on the specific battles (minimum wage, paid sick days, paid family leave, fair schedules, police brutality, etc.), while supporting those effort with a broader conception of what the movement seeks to create. “The fight against domination needs a big vision”, she said. For Rahman, that means creating structures that foster organizing in a sustainable way. “Progressive populism requires an investment in the ecosystem of movements, institutions, and practices that can make popular sovereignty real—through new forms of democratic empowerment and agency,” explains Rahman.

Democracy does not mean less citizen engagement and overriding control by technocrats sitting in offices in Washington. Technocrats, politicians, and community organizers have valuable and complementary sets of expertise, and policies and institutions should incorporate those in meaningful ways, said Razza. For Rogers, overcoming the crisis of economic inequality and diminished political opportunity requires a renewed progressive regulatory state that breaks up monopolies, limits campaign contribution, and incorporates more direct modes of stakeholder participation and representation.

This election has forced Americans to acknowledge that the debate about inequality and democratic failure is far from over. This is a key moment for both citizens and policymakers to debate what the American ideal of economic and political freedom looks like, how it can be made inclusive, and how constituencies can be empowered to create countervailing power that fosters more democracy and less domination.