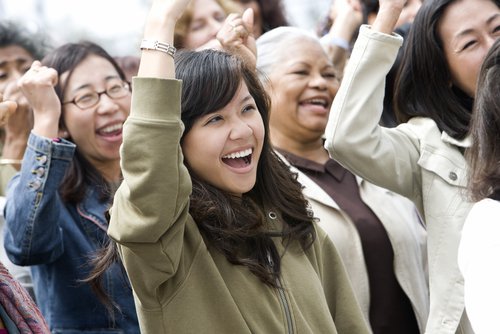 Your resume was great, but we took everyone under 30 out of the pile—you know, we just didn't want the Administration to look bad.

We had two female finalists for this job. I hired you...and dated the other one.

You want to come in for the second term...Oh, you have a special needs child? Not the White House, then.

You'd be great on our national security team...but the director says your work is too political.

These are just four of my own life experiences of one of the great truisms of 20th century U.S. white-collar workplace culture: If you didn’t get the job, or the promotion, or the raise, it wasn’t personal.

Even if the 1970s taught us that the personal did turn out to be political, it was most definitely not professional. Nothing mattered but teamwork and performance. In the realm of policy and politics, that meant success in the marketplace of ideas and influence. Clever phrases, brilliant constructs; book contracts, op-eds; academic and government appointments; testimonies and Sunday show appearances. All of us who came of age professionally before 1990—and many of us whose professors, mentors and bosses had done so—learned that the path to success led away from workplace disclosure, away from disclosing or deploying one’s identity in the office, and above all, away from “taking it personally.”

As any viewer of Mad Men knows, it didn't quite work this way in practice. It’s only in the last 30 years that “personal” characteristics such as disability, race, religion, sexual orientation, and gender have ceased to be utterly debilitating professional disadvantages in most of the ideas industry. The fact that the State Department treated marriage as a professional disqualification for female Foreign Service Officers in the 1960s quite literally defines my existence—my mother chose my father over the career for which she’d gone to graduate school and trained.

The civil rights revolutions of the 1960s—and the political transformation they unleashed, in which minorities, women, and urban areas migrated to the left while the GOP took on its “Southern strategy”—spelled the end of de-personalized politics and de-politicized policy.

As Mark Schmitt, Steve Teles, and I have written, the 20th-century culture of policymaking relied upon a relatively closed and homogenous culture of policy and political entrepreneurs. Key political actors, whether they were Congressional committee chairs or leading media figures, had discretionary power that allowed their personal relationships to supersede partisan, constituent, or financial interests. And it was on those personal relationships that the golden age of think tank reformers and cross-partisan entrepreneurship flourished, from the War on Poverty to the War Powers Act.

Paradoxically, the spread of political power to previously under-privileged groups organized around “personal” qualities —first African-Americans and women, and then other ethnic, cultural, religious, and sexual minorities—made power less personal, or, rather, made us feel we needed to hide what was personal to advance professionally. I entered the workforce in 1989, when women were wearing ties, boxy shapeless suits, and enormous shoulder pads. Minorities, immigrants, and Southerners worked frantically to lose accents. Even as “identity politics” exploded, in other words, only some identities read “professional.” Looking back now, we might frame that differently: in the ideas industry, the only identity that read ‘professional’ was a straight, white male, Ivy League one.

That had consequences, and not just for leftist scholars of intersectionality: civic advocates professionalized, and sometimes lost touch with their grassroots. Citizens who didn’t see themselves reflected in the professional identities of policymakers disengaged from the process.

But at the same time, the pressures of increasingly sorted politics mounted on elected officials as well. The 1990s Gingrich Revolution got rid of many of the study groups and internal expertise that had given members of Congress common sources of knowledge. The 2000s saw the rise of talk radio and social media that held members “accountable” at the speed of sound for minor infractions like socializing across party lines. The American people steadily continued to sort ourselves along ideological lines not only in our voting habits, but also in the places we live, work, and worship. The Supreme Court’s Citizens United decision was one more push empowering ideologues with money over idea junkies without it.

Surely this should have represented the apotheosis of “it’s nothing personal,” for what could be less personal than money? Much has been made, as well, of how technology would depersonalize the business of governing. And yet, our research in New America’s Political Reform program has documented the opposite, over and over.

As Congressional staff lost internal sources of expertise, the Internet pipeline got wider. This was supposed to result in better, less biased, more checkable data and ideas and analyses from all kinds of people everywhere. Instead, what do we hear from Congressional staff? They are flooded with data they can’t evaluate, and so they fall back on ideologically-vetted sources and personal connections.

The Project on New Models of Policy Change, which I direct, spent 18 months looking at those all-too-rare cases in which strongly-identified Republicans and Democrats came together to enact real change. We interviewed more than a dozen of the policy entrepreneurs who routinely cross party lines, build trust, and develop coalitions that are moving the needle on criminal justice reform, Pentagon spending reform, torture, and surveillance, among other issues. The report we’ll release next week finds that across party, ideology, generation, and national origin, they had a few surprising traits in common—chief among them their focus on very personal qualities, or events in their lives, that they unabashedly bring to the table every day in their work.

A conservative think tanker puts his own childhood in poverty on the table to build trust.

A progressive lobbyist finds her childhood in a multi-generational military family lets her build common cause with conservatives; where her colleagues were literally afraid to walk in the doors of GOP offices, she built and runs a coalition pushing Pentagon reform.

In other words, in our era of big data and big government, it turns out that when policy work does transcend the partisan odds, it is personal. The most effective advocates don’t conceal their personal loyalties or identities, but acknowledge them. As we look ahead to a 2017 in which we’ve passed “peak polarization,” and both parties struggle with internal divisions, success will belong to experts who take the time, and advocates who build the coalitions, that make policies relevant to individuals and groups the ways they self-identify.