Myths About Poverty Make Unraveling the Safety Net a SNAP 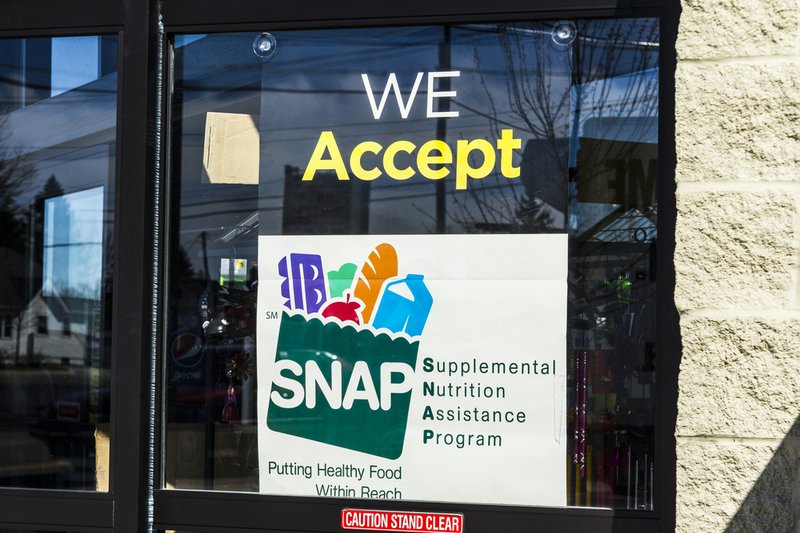 Bright red signs, with instructions like the one above, are hard to miss. But chances are, if you commute regularly into Washington, D.C., you might’ve seen this exact message plastered throughout D.C. Metro stations and on buses in recent weeks. The posters, sponsored by the D.C. Department of Human Services (D.C. DHS), broadcast a clear message about Supplemental Nutrition Assistance Program (SNAP), or food stamp, recipients: “To purchase items other than food or qualified products is a CRIME, punishable by program disqualification and/or incarceration.”

By trumpeting the misuse of SNAP benefits as a criminal act, D.C. DHS invokes a well-worn image of people in poverty, one that casts them as criminals prone to abusing programs at taxpayers’ expense, though the message finds more basis in perception than on paper. That the campaign’s emergence comes at a time when Congress is reauthorizing the legislation that includes SNAP suggests that its purpose isn’t so much to enlist passersby to police fraud as it is to codify a contrived image into policy.

In that, racialized myths of Reagan-era “welfare queens”—myths that have shaped U.S. welfare policy for decades—alchemize with a political climate in which policymakers are attempting to slash resources for people in poverty at an alarming speed, making the potential for long-lasting harm unprecedented.

What’s more, these restrictions don’t focus on one “problematic” program. Rather, they cut across healthcare, food, housing, and cash assistance. Earlier this year, for instance, a letter by the Center for Medicaid Services granted state administrators the ability to institute work requirements for Medicaid. On top of that, there’s an idea being floated at the U.S. Department of Housing and Urban Development to increase rent and mandate work for individuals and families receiving housing assistance. And, just last month, the House Agriculture Committee advanced Farm Bill legislation, which included provisions to enforce stricter work and eligibility requirements for SNAP recipients.

These actions, together, are in contradiction to clear, historical evidence against mandating work requirements. A decade ago, under the 1996 Personal Responsibility and Work Opportunity Reconciliation Act, also known as “welfare reform,” states restructured Temporary Assistance for Needy Families (TANF), also known as cash welfare, adding strict work requirements. Post-reform, caseloads fell drastically and reached far fewer low-income families. After looking closely at the work requirements, it’s clear that families would find it difficult to remain in the program: To meet the requirements, single parents must engage in work activities, including unpaid community engagement, for at least 30 hours per week each month.

You don’t have to squint to see policymakers’ penchant for rejecting lessons learned from TANF and evidence-based policymaking in favor of rushed, uninformed decisions. Take the Farm Bill. During debate, the House Committee on Agriculture ignored the call to delay enforcing work requirements until the evaluations for SNAP Employment and Training completed in 2019. Rep. Lisa Blunt Rochester (D-De.) asked those supporting work requirements: “If you’re really concerned with getting the policy right, then why aren’t we taking the time to thoughtful and get the results from these pilot programs?”

Under current rules, adults enrolled in SNAP must maintain a part-time job or participate in a training program. For unemployed adults without children, they’re required to work additional hours or participate in unpaid education and training activities—or risk losing benefits after three months. If the new Farm Bill legislation is written into law, work requirements would be mandatory for all adult recipients within a month of receiving benefits, despite evidence that suggests that such requirements would increase hardships and hurt individuals with disabilities and children.

Indeed, finding employment under stricter work requirements won’t be easy. In fact, work is the reason many people find themselves in need of help in the first place. Enrolling in one of these programs traps those seeking employment in a cycle of cobbling together inconsistent and unstable low-wage jobs while also trying to make enough hours to receive assistance. People experiencing poverty seek programs like TANF, SNAP, and Medicaid to weather hardships such as mental illness, disability, and domestic violence, which can make it difficult to maintain employment.

The current assault on public assistance systematically removes support for individuals in need of the most help, while reinforcing inaccurate myths about poverty.

D.C.’s SNAP fraud campaign is a galling reminder that policymakers should bolster their decisions according to evidence, not assumptions. Though posters are being removed by anti-hunger advocates, it will prove much more difficult to dismantle the persistent myths about poverty that policymakers rely on to justify unraveling the safety net.