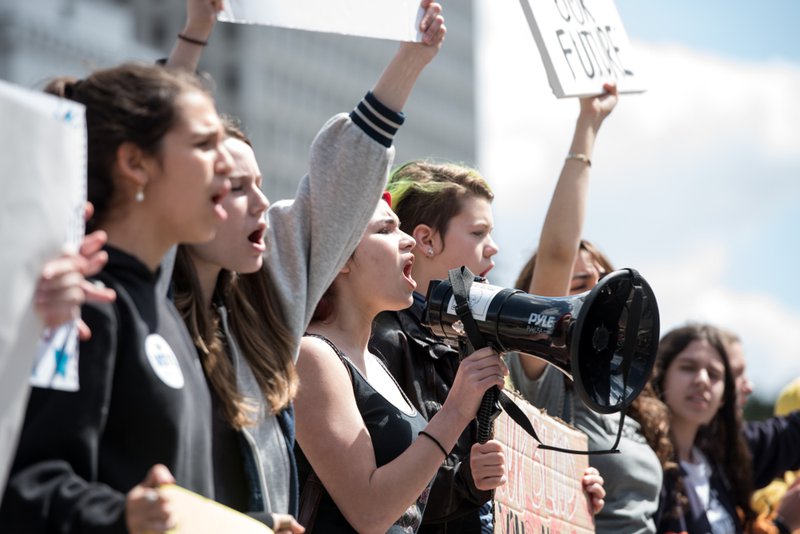 A popular narrative took hold a few years ago—one that depicted Millennials in the United States as an ascendant generation. Their parents were attentive, their technologies dazzling, and they grew up optimistic about the future. Less encumbered by tradition, they were open to cooperation and more tolerant of differences among their peers. They were poised to seize the day and remake society in their image.

But as Millennials have entered adulthood, this storyline has crumbled—the generalizations foisted upon them didn’t quite capture the actual diversity and complexity of their experiences. Instead, this generational cohort is more likely to be defined by its shared sense of economic insecurity, born from coming of age in the wake of the Great Recession.

Young adults were hit particularly hard by the financial crisis, and while they bore no responsibility for creating the economy or for failing to regulate it effectively, they’re now living with the consequences. Just as Millennials begin to approach their prime work and family-forming years, poor finances are complicating how they assemble the building blocks of success. Stagnant incomes, rising debts, and a broadly weakened financial profile have given rise to a new narrative: Millennials appear unlikely to replicate the economic success of their parents and grandparents.

This unfolding experience is the focus of The Emerging Millennial Wealth Gap, released this week by New America. Digging deep into economic data and trends, the book offers a range of perspectives on a new dimension of economic inequality in America today: the generational wealth gap.

Younger families experience greater financial damage than their predecessors—a trend confirmed by William Emmons, Ana Kent, and Lowell Ricketts of the St. Louis Fed’s Center for Household Financial Stability. According to the findings, the typical Millennial born in the 1980s had wealth 34 percent below what we would predict based on the experience of earlier generations at a similar age. In contrast, the wealth held by the typical household headed by someone over the age of 75 is 84 percent higher than predicted based on past experiences. This current generational wealth gap has reached historic proportions.

Especially troublesome is the persistence and widening of a racial wealth gap being reproduced among the youngest adults. One of the most salient features of the Millennial generation is its increasing ethnic and racial diversity—a significant compounding factor in the growing generational wealth gap. Unfortunately, the wealth profile of the typical non-white Millennial household is relatively low—dramatically so. According to Fenaba R. Addo and Yiling Zhang, these wealth gaps hold across the income distribution. Their analysis concludes that even at the top of the income distribution, both black and Latinx Millennials hold significantly less wealth. More specifically, black Millennials in the top income quintile hold less than half of the median wealth of Latinx Millennials, and Latinx Millennials in the top income tier hold less than half the median wealth of white Millennials.

Despite the receding memories of the recession, disruptive ripples from the financial crisis will make it difficult for Millennials to catch up. The Millennial balance sheet is structured differently from previous generations; today, the typical Millennial has fewer assets and higher debt than their parents. The quality of that debt is also fundamentally different, with lower frequencies of mortgage debt and much steeper levels of student loan debt. While Millennials are, as a whole, more educated and credentialed, the economy has failed to provide rising incomes, and there is less available to save.

As a result, there is already evidence of key life decisions being altered, with the generation’s late start in wealth-building contributing to delayed rates of homeownership, marriage, and child rearing, among other things.

The combined effect is not only a downward trajectory that harms the security and prospects of Millennials and their children, but also an acute challenge to the idea of generational fairness. If the young adults raising families and powering the workforce feel their financial burdens are more than they can handle, basic assumptions about social responsibility may be upended. And in light of their persistently poor finances, Millennials may be right to question the validity of the previously prevailing social contract, wherein the generation in its prime is expected to shoulder the responsibilities of care while also doing better than its predecessors.

We all have an interest in ensuring that Millennials have sufficient generational assets—and to rebuild and rebalance the intergenerational contract by taking stock of generational fairness and reciprocity.

Improving the finances of the Millennial generation is a place to start. This means that that policy reforms should address key components of the balance sheet—savings and assets, as well as debts and liabilities—and should do so with a “two-generation” approach. We will need to simultaneously address the financial state of current Millennials and create new pathways to progress for future generations.

For today’s young Americans, we should promote savings to build up cash reserves, reduce the debt overhang, facilitate deposits to retirement plans, and increase the supply of affordable rental housing while promoting avenues toward sustainable homeownership. And safeguarding the financial future of the next generation will require us to make massive early investments in education and asset development, address the rising cost of college and reduce reliance on student loans, promote new sources and opportunities to grow income and build wealth, and support family caregiving.

Without a dramatic change in the fortunes of Millennials, an entire generation will miss out on the chance to reach its full potential, imperiling our democracy in the process. If the diverse cohort of young adults who constitute the Millennial generation can’t improve their financial balance sheets by earning more, increasing their assets, and lowering their liabilities, their climb up the economic ladder won’t be delayed—it won’t occur at all. There is a role for all of us, and particularly for our policymakers, to help this generation chart a new course.