The Military as Realignment Test Case 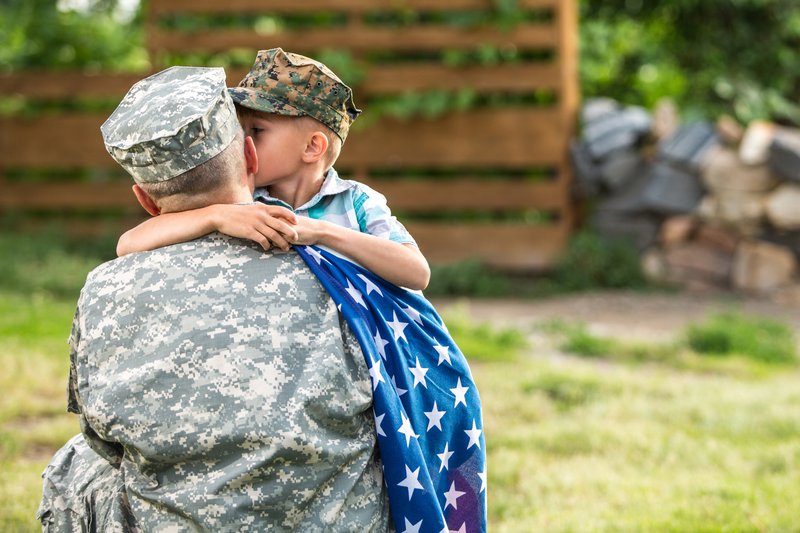 Let’s begin with a position of intellectual humility.  It is difficult to know how the military, retired military, and their families (hereafter military community) will react to the at least quasi-realignment either caused or marked by the Trump (and to a lesser extent, Sanders) candidacy.

First, the military is hardly a coherent voting bloc.  While the conservative nature of the officer corps is well documented (if diminishing), the large numbers of minorities and women in the enlisted ranks give a much more diverse political outlook to the military as a whole.  However, the large number of retirees (remember that the military used to be much larger than its current strength, so the number of retirees is outsized relative to current serving members), whose political formation took place in the 1970s and 80s, will ground a conservative outlook for the military community for some years to come.

With particular attention to the Trump phenomenon, it is easy to see the phenomenon cross-cutting through the military community as a voting bloc, as the competing visions of retired Generals John Allen and Michael Flynn perhaps exemplify.  Different factions with the military may also have differing views on Trump’s positions.  To give the most powerful example, while there may be groups to whom “nuke them all” displays remarkable simplicity, it is deeply disturbing to those who actually work in the nuclear force.

The military, then, will be an interesting test case for party realignment because of the numerous intra-group tensions exemplified.  We can certainly expect minority groups in the military to be utterly repulsed by the combination of (at least) perceived racism and a lack of sophistication in foreign affairs.  Women, as a bloc, can be expected to react similarly.

However, there will be a significant demographic that will be much more conflicted, and the result of this clash may determine whether there is significant realignment within the military community.  A substantial number of military members are drawn from the rural and suburban communities across America, many of which have been deeply impacted by the loss of manufacturing jobs, the decline of unionism, and growing income inequality and social breakdown.  These communities, most recently chronicled in J.D. Vance’s Hillbilly Elegy, appear to be providing the bulk of the foot soldiers of the Trump phenomenon.  Those who emerge from these communities to join the military tend to be the best and brightest, as they are able to stay in school, avoid a criminal record, and avoid at least most drug use to retain eligibility for military service.  It is not yet clear whether these service members will retain loyalty to the political orientation of the communities from which they emerged, or instead adopt the skepticism of the foreign policy elites toward Trump’s “know-nothing” tendencies and especially be offended by his treatment of gold star families.

A brief mention of the “Gold Star families” is in order.  The term goes back to the First World War, so there is almost a century of history.  The term refers to those who have lost an immediate family member to combat in a war or conflict.  Donald Trump has prominently attacked Khizr and Ghazala Khan, whose son Humayun was killed by a car bomb as an Army Captain in Iraq in 2004.  The Gold Star families hold a special pride of place in military communities, as those who have most sacrificed for the ethos of the community.  Even when these families take positions that are contradictory to the consensus view of the community, they are still honored,  despite policy disagreements (Cindy Sheehan’s anti-Iraq war activism comes most prominently to mind ).

Perhaps Donald Trump’s attacks on the Khans will not overcome the economic populism of the broad swath of the military’s enlisted ranks.  But it was certainly a gratuitous attack at one of the icons of military culture, and while it may not be decisive, it will not be without effect.

And so the military may provide an interesting petri dish within which to watch the various cross-currents that accompany this nascent, potential realignment.  The interaction of economic factors (though the military is largely isolated from them with secure, regular paychecks), policy considerations, and culture may behave in unexpected ways that can provide light—to the extent it can be studied and isolated—on how the rest of the country may change their voting behavior.