Middle East Fatigue Is in the Eye of Beholder 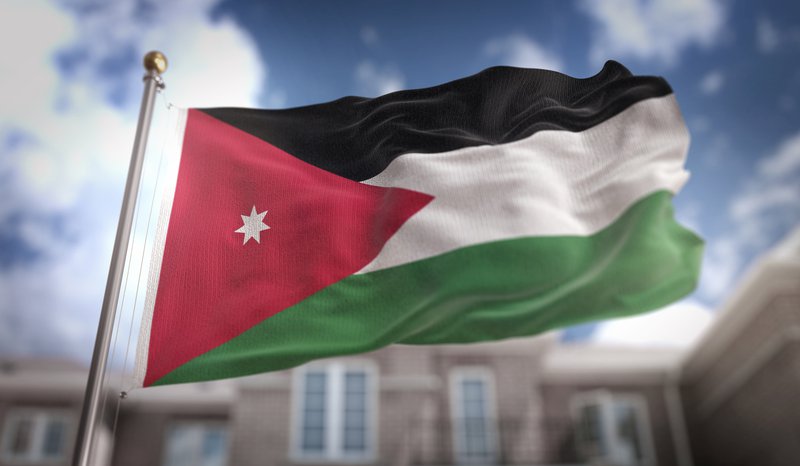 For many political pundits in America, reading about the Arab uprisings, a.k.a. the Arab Spring, and particularly about a small, resource-scarce country like Jordan, may seem, today, so out of vogue. Seven years after these uprisings flared from Tunisia in North Africa to Syria in the Levant to Yemen in the Arabian peninsula, the hope of a prosperous path forward has been replaced by a grim reality: war, conflict, humanitarian crises, economic distress, and destructive power shifts between state and non-state actors. This reality is what the political scientist Marc Lynch recently dubbed the “new Arab order.” And how the United States positions itself in this new order, with competing political interests at home, perhaps explains why there’s “Middle East fatigue” in America.

Yet this fatigue is a luxury that doesn’t usually extend to people from the Middle East—to people like me. Our daily news intake includes a rich and often multi-lingual roundup of political and economic developments originating from way beyond the beltway. As a Jordanian living in America, I often wonder, with frustration, how to make the convoluted politics of the Middle East more relevant, more relatable, and more pressing to policy-focused audiences, particularly those in Washington, D.C.

I mulled all this while reading Curtis Ryan’s new book, Jordan and the Arab Uprisings: Regime Survival and Politics Beyond the State. More specifically, while Ryan’s broader exploration of how Jordan weathered the Arab Spring is important, what I found especially refreshing is how he zooms in on another aspect of geopolitics in the Middle East—one that Western audiences ought to think about more: The Arab spring as we know it may have ended, but political and social activism—which Ryan explores through the crisscrossing concepts of change and continuity—hasn’t. Fatigue, in other words, is in the eye of the beholder.

What has change looked like in Jordan? Across the book’s nine chapters, Ryan showcases how the Arab Spring, far from disappearing, has ignited a wave of subsequent pushes for reform in Jordan. Protesters, most of them young people, “demanded radical changes in Jordanian politics and governance,” he writes. While calls for change aren’t altogether new in Jordan’s political history, these recent movements do differ in their diversity and intensity. Ryan, for instance, points to the new youth-led Hirak movement, workers’ rights protests, more issue-focused organizing—on the environment, transportation, and women’s rights—and rising citizen journalism and non-traditional media. Taken together, these efforts illuminate an increasing maturity among Jordanians, and a more sophisticated understanding of their roles and responsibilities in society.

But change hasn’t come only from concerned citizens—equally important has been the extent to which grassroots action has nudged the government. To that end, Ryan looks at how the state has responded to these persistent calls for a shake-up. He highlights how His Majesty King Abdullah II viewed protesters’ demands as an “opportunity to move the political process forward,” pointing to the various reform initiatives introduced by “five prime ministers and five governments in two years.” However, as Ryan correctly underscores, it’s almost impossible to understand domestic politics in Jordan without also factoring in the challenges it faces both in the region and on the international stage. In fact, changes in Jordan’s neighborhood—such as the escalating conflict in Syria, and the rise of ISIS in Syria and Iraq—not only affected the Jordanian economy through increased refugee inflows and the closing of trade routes, but they also threatened Jordan’s national security. The state responded by putting reforms on the backburner and shifting its priorities to preserving and maintaining the security of the country.

What about Ryan’s notion of continuity, though? It’s Jordan’s frequently changing governments, reform initiatives, and responses to internal and external threats that define “continuity” in this case. In particular, Ryan writes that “regimes change in order to stay the same,” meaning that, for the government, change can be an adaptive mechanism for its own continuity: By taking some steps toward reform, the government can balance the demands of reformists and anti-reformists.

Yet Ryan adds even more layers to his concepts of change and continuity by extending them to other members of Jordanian society. He presents readers with a broad spectrum of voices representing different grassroots movements, political opposition figures, and competing reform groups—such as conservative East Bank Jordanians, Palestinian Jordanians, and Islamists—in turn showing how “both state and social forces adjust, maneuver, change and attempt to counter and influence the other.”

Part of the value of Jordan and the Arab Uprisings—and indeed what helps to distinguish it from other accounts that tend to view Jordan through an overly narrow lens, such as solely in the context of Jordanian-Palestinian relations—is its inclusion of these diverse voices. Take a chapter on identity politics. Ryan argues that “Jordanian-Palestinian relations are a feature of Jordanian politics, but they are not the defining feature.” I’d add that to continue to see Jordan primarily through this prism ignores other dynamics at play on the economic, social, and political levels, and it reduces Jordan’s vast ethnic and cultural diversity to a politically charged, overly simplistic binary.

In addition, inclusion of these distinct perspectives sheds new light on how the Arab Spring—and change, in the broadest sense—has meant different things for different groups in Jordan. For some—mostly conservatives, it’s a loss. For other, more liberal groups, reform is the path to prosperity, both economically and politically.

Of course, these types of divisions are hardly unique to Jordan. We often hear similar sentiments, from similarly oriented groups, right here in America. Ryan astutely notes that despite their political differences, “most Jordanians… share a deep love of country,” and they want it to “to continue to survive and to prosper.” It’s a political and emotional wrangling that many Americans are going through today, as traditional political forces compete with new and more youthful voices, as minorities struggle to coexist, as women renew their fight for equality, and as extremist forces appear to gain momentum.

As in Jordan, the push for change in America often stems from a love of country—the rub is that different groups see the way forward differently. Both in my home country and in America, redefining the national narrative is an ongoing project.

It’s the furthest thing from fatigue.