Maybe a New Airbase, Definitely the Same President in Belarus 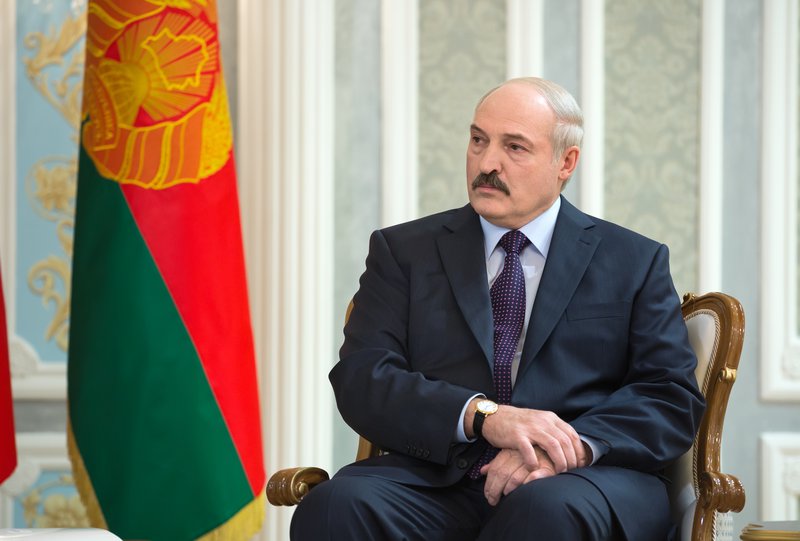 Is Belarus a bellwether for democracy, resistant to the forces of history, or simply stuck with the Kremlin?

There has been some talk this year of Belarus—sometimes referred to outside of the country as “Europe’s last dictatorship”—changing direction. Some said it was drifting from Moscow and toward Brussels; others took its recent release of political prisoners as a sign of positive political change.

And there has indeed been a change. For the first time in history, the current presidential campaign—to be concluded with elections on October 11—does not feature a bright candidate who could become an alternative to Lukashenko, or a clear opposition strategy (for example, an organized boycott), or even a protest against the ballot-rigging. In fact, the 2015 election race has been called the most uninteresting in the last several years of Aliaksandr Lukashenko's 21-year rule.

The only thing that has invigorated the 2015 campaign was the appearance of the first female candidate for the presidency. Tatsiana Karatkevich is backed by the 'Tell the Truth' campaign. The candidate has neither management experience nor an extensive political background, nor does she possess any particular authority in society. Six months ago, her name was not widely known in Belarus, although now her popularity is second only to Lukashenko's. A psychologist by training, Karatkevich was previously a schoolteacher and supervisor of the Center of Social Adaptation in Minsk. She joined the 'Tell the Truth' campaign even before the 2010 elections, when she became an agent of the former candidate Uladzimir Nyaklyayeu. She later ran in the elections for the House of Representatives, but without success. Clearly, her dream to get into parliament did not go away: While answering questions from journalists a few months ago, Karatkevich said she would not mind working for the government, if there were an offer from the administration. Lukashenko may use this tactic to legitimize the parliament, which currently does not have a single deputy from the opposition. Incidentally, there has been a similar situation in Belarus’s history: Volha Abramava, who openly criticized Lukashenko, spent two terms in the Belarusian parliament.

According to research by the Independent Institute of Socio-Economic and Political Studies, Karatkevich is polling at 18%. According to the same poll, 45.7% would vote for Lukashenka. Siarhei Haydukevich, the leader of the Liberal Democratic Party, garnered 11.4%, and the unknown Belarusian Cossacks Ataman, Mikalai Ulakhovich, received the support of only 3.6% of potential voters. The latter two candidates are considered to be sparring partners for Lukashenko in this campaign, though neither has openly criticized the president.

It is obvious that the head of Belarus needs other candidates to participate in the election to show the West that, even though there were other contenders for the highest office, including from the opposition, the people again chose him. This is also a clear hint to voters: "Look at my rivals—you can’t seriously pick them!”

No liberalization, no protests

Tatsiana Karatkevich is going to the polls with the slogan of "For Peaceful Change"—and she’s doing so only in the most peaceful way. Even before the start of the current campaign, a number of opposition parties announced that they would stage no demonstrations. And this is another difference from the previous presidential race, held in 2010. This time, there is no rallying on the Square, nor is there a planned protest against the falsification of election results.

The reasons for this peaceful change can be found both within and outside of the country. The internal factors are an uninteresting election campaign, the lack of a strong candidate, and an understanding of the ineffectiveness of previous rallies. The external causes lie in the geopolitical situation, first of all in Ukraine. The Kyiv-based Maidan had a strong echo in Belarus, but it was still presented in a negative light. Belarusians were also frightened by the events that happened after Maidan: specifically, Russia’s annexation of Crimea and the active fighting in Eastern Ukraine.

The current campaign is different in another way from that of five years ago. This time, there is no actual liberalization. The authorities released the political prisoners less than two months before the election—at the start of the presidential campaign, they were still in prison. Even Mikalai Statkevich, who took part in the presidential elections in 2010, failed to shake up Belarusians. On Sunday, October 4, the picket organized in Minsk by Statkevich against the Russian military base in Belarus was attended by a total of 500 people.

Tatsiana Karatkevich opposes the presence of military bases in Belarus. The female candidate promises to make Belarus truly neutral, to enact constitutional reform to switch to a parliamentary-presidential form of government, to make healthcare and education free, and to modernize and reform the economy. The rhetoric Karatkevich uses is less harsh and nationalistic than previous offerings of the opposition—she even stated that she would not insist on canceling the status of Russian as a state language in Belarus. This was clearly appreciated by the authorities. Never before has the state media covered the campaign of the opposition candidate to this extent: During the last elections, Lukashenko's opponents were mentioned in a negative light only, with the media making every attempt not to mention them by name. The moderate rhetoric of Tatsiana Karatkevich has been praised even by the Chair of the Central Election Commission, Lidziya Yarmoshyna, who is on the Western sanctions list for election fraud.

According to Tatsiana Karatkevich, the more Belarusians vote for her, the greater the pressure will be on Lukashenko, and the bigger the concessions he will make. However, it is not known what concessions Karatkevich hopes to get, because, since the election of 1994, when Lukashenko came to power, the outcome of the presidential elections has had no influence on the situation in Belarus (except for the fact that Lukashenko has managed to use the rigged elections to stay in power). The authoritarian Belarusian leader can only be affected by strong resistance inside the country or by outside pressure. Neither of these currently exist. There is unlikely to be a Maidan in Belarus, and the West, as has been said, is currently seeking warmer relations with Lukashenko, telling itself that he was moving toward Europe on his own.

Sitting on the fence

The removal of sanctions against a number of Belarusian companies after the release of the political prisoners became a topic for discussion on the Brussels sidelines even before the beginning of the elections in Belarus. The West has yet to repay Lukashenka for providing a site for the Minsk talks. Therefore, it is expected that another 'elegant' victory could be marked by the Western observers as 'not corresponding to Western standards,' but that they would note that there is progress.

And there is indeed progress in one direction: For the first time in Belarus, there will be no dispersal of thousands of post-election demonstrations, because the people will most likely simply not dare to go out.

After the election, Lukashenko will return to the European salons and will continue to do what he does best—balance the West and Russia. Against the background of Putin and Ilham Aliyev, the Belarusian leader does not look as bad as he did before, and Europe likes to delude itself that Lukashenko smiling at the West means that he is taking one step further away from Russia.

The reality for Belarusians, however, looks quite different. Due to the possible appearance of a Russian military base in Belarus, the sovereignty of the country is already under threat. On Tuesday, Lukashenko said that his country doesn’t not need a Russian military base, noting, "We don't need a base at the moment...I hear shrieks from the opposition about the deployment of a Russian airbase. I don't know anything about it.

The key phrase there is "at the moment." Last month, Vladimir Putin agreed on a deal for a military airbase on Belarusian territory and approved the start of negotiations with Belarus. It is highly unlikely that the Russian President made such an announcement without any earlier discussion with the Belarusian side. But Belarusians reacted with trepidation to plans to establish another Russian military facility in the country, and Lukashenko, who bears the title of Chief of the Armed Forces, can't allow himself to lose his image as the country's only defender of independence, especially before the elections. But Russia will almost certainly return to talks about its base base when "the moment" has passed--and when Belarus asks Russia for another loan.

Meanwhile, the West sees no danger in the possible appearance of Russian military facilities in Belarus, despite the fact that Russia was willing to deploy its Black Sea Fleet to control Crimea. But then, the West is busy solving the topical issues of the migration crisis, or the war in Syria, and whether or not all parties in Ukraine are abiding by the Minsk agreements, graciously hosted in Belarus by our country’s once and future president.