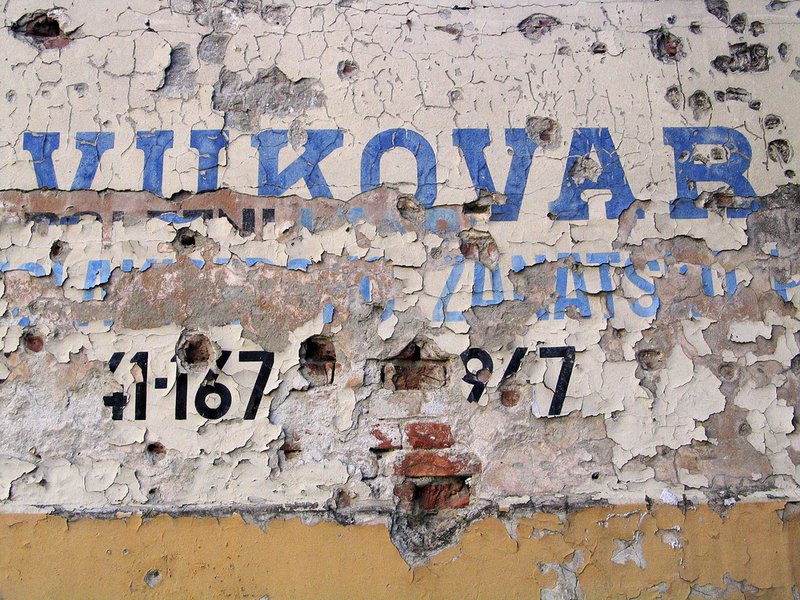 As talks to end the fighting in Syria stumble out of the gate, the combatants will soon be faced with the challenge of whether you can bring peace without justice. Can you sustain the former, which is what everyone wants, without confronting the painful process of restoring the latter, which is necessarily a return to adversarial positions?

For a lesson, they can look to the Balkans. The Socialist Republic of Yugoslavia was comprised of six republics in 1991: Slovenia, Croatia, Bosnia and Herzegovina, Serbia, Montenegro, and Macedonia. Over the next decade, Yugoslavia slowly unraveled as the republics sought independence. While breaking away was not entirely peaceful for Slovenia and Macedonia, these struggles pale in comparison to the bloodshed that spread across Croatia, Bosnia, and Serbia. According to the United Nations, 100,000 people died from 1992-1995 in Bosnia alone. Mass executions were carried out as part of an ethnic cleansing campaign. Rape was systematically used as a weapon of war.

In 1995, the Dayton Accords ended the war, preserving Bosnia as a single state but dividing it into a Muslim-Croat federation and a Serb republic. But peace does not necessarily mean reconciliation. According to Julian Borger, author of the new book, The Butcher’s Trail: How the Search for Balkan War Criminals Became the World’s Most Successful Manhunt, “Peace without justice genuinely didn’t work in Bosnia.” Those responsible for the worst crimes in the war were still around and threatening stability.

New America recently hosted Borger to present this book and discuss the legacy of the search for and trial of Balkan war criminals. The event was moderated by Peter Bergen, Vice President and Director of the International Security Program.

When Borger set out to research those responsible for war crimes in the former Yugoslavia, two-thirds of the people he approached told him to “go to hell.” The other third, though, were bursting to tell him their stories. The reason, Borger believes, is that, “the only way we can be free of our past is to tell the truth about it.”

Bringing the truth of war crimes to light was the chief mission of the International Criminal Tribunal for the former Yugoslavia (ICTY), created by the United Nations in 1993. The Tribunal was “an experiment in international justice,” Borger writes. “It was the first time in the history of conflict that a truly global court had been created to pursue war criminals. It embodied the conviction that a universal sense of humanity could and should be upheld in the face of mass atrocities, transcending national jurisdiction.”

Of the 161 individuals indicted by the ICTY for war crimes, all were accounted for by 2011. More than half were taken into custody by force, while others turned themselves in. Two took their own lives. Two died in firefights during their arrest. Borger profiles several of these individuals in his book, along with the tactics used to track and arrest them.

One such profile was of Slavko Dokmanović, a Serb. In November 1991, Dokmanović was the mayor of the Croatian town Vukovar. In the nearby hamlet of Ovčara, over two hundred injured Croatian soldiers and civilians were killed by Serbian forces in a mass execution. Dokmanović fled to Serbia after the massacre. In 1996, he was charged by the ICTY in a sealed indictment for his war crimes. Dokmanović became the first war criminal arrested by the ICTY, but only after a daring operation that set a precedent for many manhunts to come.

After the establishment of the ICTY, Jacque Paul Klein, a U.S. general, was placed in charge of the UN mission based in northern Croatia. Borger describes Klein as a key figure in mobilizing the UN to arrest war criminals. He worked with a newly formed Polish special forces team, known as the Operational Mobile Response Group (GROM), to prepare for Dokmanović’s capture and arrest. The GROM soldiers used a complicated undercover operation to lure Dokmanović over the border from Serbia and into Croatia, where the UN had the authority to arrest him. He was taken into custody by GROM forces and flown to The Hague.

The GROM team had trained with the U.S. Delta Forces and British Special Air Service, but they were still a newly formed division. “It seemed an unlikely scenario,” Borger writes, “a reserve American general leading the cream of the Polish army into action.” But this was exactly the “sprawling multi-national effort” that, according to Borger, proved essential to the success of arresting war criminals charged by the ICTY.

The arrest tactics used to apprehend Dokmanović and others throughout the 1990s and 2000s developed the capabilities of American Special Forces and intelligence communities. Borger describes the Balkans manhunt as the “beginning of an infatuation with special forces” that would shape American military operations in the 21st Century. Balkan war criminals became the first targets of surveillance drones in CIA and Special Forces manhunting. Many special forces operations to capture wanted war criminals incorporated tactical lessons from other conflict zones, like the commonly used “T-Bone” maneuver from Northern Ireland to trap a suspect in a moving vehicle. Captured individuals were then quickly flown to The Hague for imprisonment and trial.

So, too, was tactical knowledge gained in the Balkans applied to future operations: Borger writes that there is evidence of “rendition techniques learned in the Balkans used to hunt al-Qaida.” While the Balkan operations carried out by the ICTY were sometimes deceptive, Borger emphasizes that they were carefully conducted within the confines of the law. Those confines, however, are not always so clear, and Borger cautions against operations carried out on the “outer edges of the law.” In The Butcher’s Trail he writes,“The road that began with the best motivations in the Balkans, ended up in Guantanamo Bay.”

On September 11, 2001, 150 men from Delta Force and SEAL Team Six were flying to Bosnia for a large military exercise with the Joint Special Operations Command. Instead, they returned to the United States, one of the only flights allowed in U.S. airspace following the attack. It was immediately clear, Borger writes, that they were “going to be needed elsewhere very soon.” After 9/11, American resources did shift to Afghanistan and Iraq, leaving the manhunt in Bosnia “a mere afterthought.”

With the last ICTY arrest made in 2011, what legacy does the Tribunal leave behind? The International Criminal Tribunal for the former Yugoslavia was created by the UN in response to the atrocities specific to the Balkan wars of the 1990s. Its success, Julian Borger told New America, shows that “it is not a very idealist idea that the world should enforce basic humanitarian law.” Sharing this conviction, 160 countries came together in 1998 to outline guidelines for the United Nations International Criminal Court (ICC), a governing body capable of prosecuting war crimes from around the world. The Rome Statute, which governs the ICC, was ratified by 60 countries in 2002 and by 2013 had 122 signatories. The ICC has opened war crimes investigations in Kenya, Libya, and Darfur, Sudan, among others.

Today, however, the power of the ICC is slowly unraveling, Borger says. Major world powers, including the United States, Russia, India, and China, are not signatories to the Rome Statute, undermining its legitimacy and limiting the scope of its investigations.

The prosecution of Balkan war criminals was successful, Borger says, because of “individuals who were determined this shouldn’t be just a piece of theater.” Today, determined individuals continue to push for justice and the enforcement of international law. Borger says there are cases of people smuggling documents out of Syria, at great personal risk, to build a case in the hope that there will one day be a tribunal. Borger concludes The Butcher’s Trail with a plea for the international community to consider the contribution toward peace that the ICC has to offer the conflicts of today, and of the future: “The lesson taught by the pursuit of Yugoslav war criminals is that there can be no sustainable peace without some measure of justice.”