Local Journalism in the Digital Age 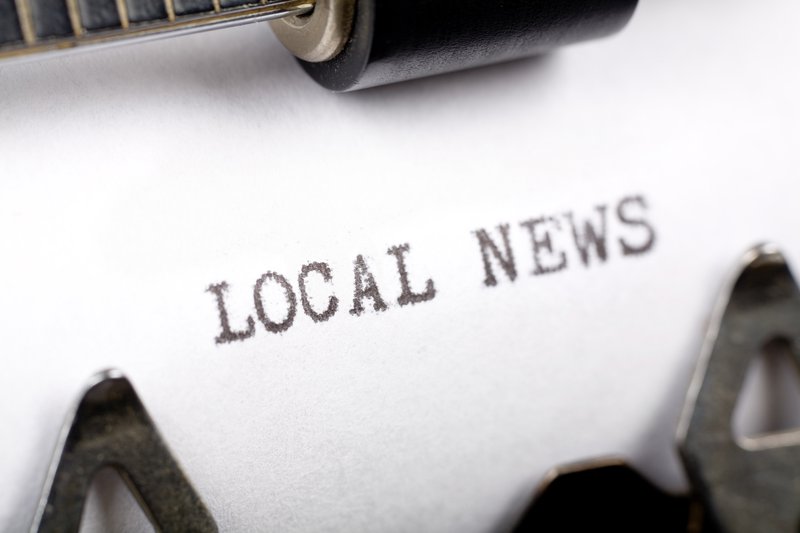 The woes of journalism in the digital age are familiar: the advertising and subscription models that for decades sustained the work of newsrooms have collapsed, news outlets now compete with every person who has a blog or a Twitter account, and people who used to pick up their local paper or the Wall Street Journal for stock prices or box scores now go instead to niche outlets like Bloomberg or ESPN.

While familiar, these difficulties are no longer new—what’s only emerging more recently is a pattern: the resources for producing journalism seem to be increasingly clustering around large media markets and away from smaller markets. The Washington Post, for example, reported in April that Washington DC, Los Angeles, and New York have seen increases in journalism jobs over the last decade, while everywhere else has seen a decrease. At the same time, research shows that notable (i.e. Pulitzer-prize winning) reporters for regional news outlets have taken jobs in the public relations industry because they could no longer make ends meet working for their local newspaper. This new pattern of national consolidation of news, read against the backdrop of longer-term industry changes, raise concerns about the long-term health of local journalism.

Let’s step back for a moment to spell out why is local journalism so important. The health of local journalism matters because it is the vehicle for citizens to learn about the institutions vital to their daily lives—such as local government, health care providers, and schools—that don’t rate national news coverage. Local news provides geographically-specific information about these institutions and often holds those with power over them accountable as well. When there are crises like accidents or natural disasters, people turn to local news for actionable information, and for that very human need to feel connected to those in the community who share and understand their experiences.

And here’s where it has impact on those communities. In a study we just completed of three New Jersey communities, we learned that when controlling for differences in population size, a more homogenous, more affluent, suburban community (Morristown, NJ) had substantially more local news outlets and received substantially more local news than the more culturally diverse, less affluent, urban communities that we analyzed (Newark and New Brunswick). Across all categories, the differences in the quantity and quality of local journalism being produced in Morristown, Newark, and New Brunswick were substantial. These patterns also persisted when we looked at the news sites’ social media output.

That’s why we at the News Measures Research Project at Rutgers University developed a method to assess the health of local journalism. Our method for studying the news “ecosystem” of local communities is both reliable and scalable, with an eye toward discerning the degree to which the news produced in a community is meeting that community’s critical information needs.

Studying a community’s news as an ecosystem incorporates and recognizes some of the changes to journalism in the digital age, including producers of relevant information beyond traditional news outlets. Our ecosystem model also includes digital-native news producers and the social media platforms by which local news and information are increasingly disseminated—with the ultimate goal of better understanding the content they produce and the interconnections that exist between them.

Our research findings reflect an assessment—using this model—of the journalism ecosystems in Newark, New Brunswick, and Morristown. First, using a specific three-step protocol, we identified all existing media outlets in each community (including print, television, radio, and online). Then, we analyzed the content from each outlet’s website (nearly all had websites) and social media (Twitter and Facebook). Of course, not all journalism produced in a community is available online, but today most of it is; which, we believe, means that the news content available online can serve as a meaningful, scalable indicator of the journalism produced within individual communities.

Our work stems from the premise that the community is the level at which the institutions that directly affect people’s lives – schools, hospitals, libraries, local government – function. It is at the level of the community – larger than the family, smaller than the state –that local news either acts as an effective conduit of important information, or fails to inform people about critical goings-on.

We looked at the extent to which each community’s journalism ecosystem produced news that was original (i.e. written by someone at a local news outlet), addressed a “critical information need” (i.e. was about any of a pre-determined list of eight topics, including health care, education, transportation, and local government), and was about the community. When tallying the results, we controlled for the differences in population size across the three communities by looking at the numbers per 10,000 capita.

If researchers, funders, or policymakers want to be able to do something about the health of a community’s local journalism, it is necessary to have some yardstick against which to measure. By using the community as the level of analysis, were are able to compare results from one community against another; or even compare the results within the same community across different periods of time. In addition, other measures of community health – civic engagement, institutional efficacy, or educational attainment – can then potentially be linked to the health of the local journalism ecosystem.

What do findings such as ours mean for future research and for the people working to support local journalism? Perhaps most importantly, these findings lend some preliminary empirical evidence to the growing concerns about “information inequality” across different types of communities. An analysis of a larger sample of communities could ultimately help us get a stronger sense of the conditions under which these information inequalities exist, and where the need for action to address them is greatest.

Editor's note: This article is based on a white paper by Philip Napoli, Sarah Stonbely, Katie McCollough and Bryce Renninger.