The Local Communities Pioneering a New Path for Philanthropy 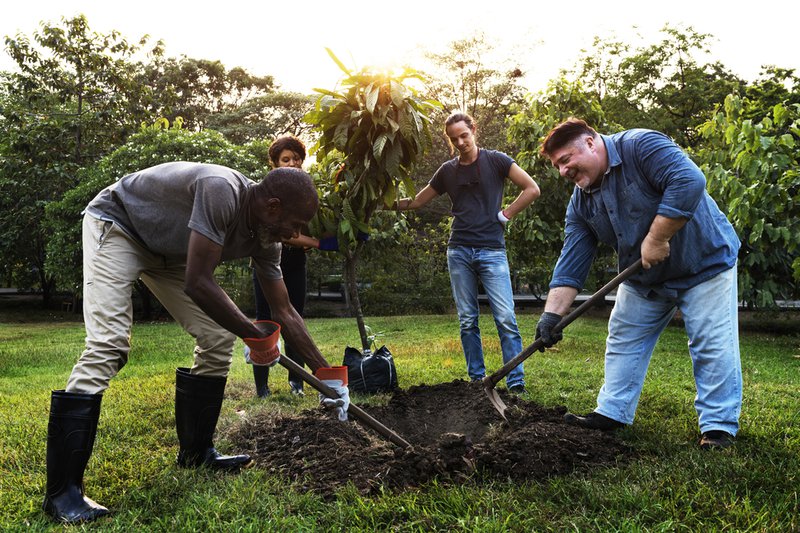 Teacher Analise Harris couldn’t afford to rent a north Denver theater to screen The Hate U Give, which she wanted to show to kick off a one-of-its-kind weekend designed to empower girls and women of color. A “giving circle” of her peers helped to get the event off the ground.

The “Sisterhood of Philanthropists Impacting Needs,” or SPIN—among Colorado’s first black American giving circles—gave Harris $1,100 to reserve the 110-seat venue (in a neighborhood named after a former mayor who belonged to the Ku Klux Klan). SPIN is at the forefront of a nationwide movement revolutionizing the otherwise staid philanthropy world.

“That grant became seed money to make the screening actually happen,” said Harris, who founded “Curls on the Block” in 2016 to help kids embrace their hair as well as boost their self-esteem by exploring a variety of topics across science, technology, engineering, art, and math—or STEAM.

“The theater sold out,” recalled Harris of the premiere. The event, which headlined “A Curly Weekend” in October, saw black women share their skills and passions with the girls in attendance. “People flew in from Washington, D.C., Florida, and New York. This was a new thing for Denver—up to 500 people came.”

Harris’ grant is included in the $19,000 that SPIN has allocated since 2014 to Denver nonprofits to help at-risk populations. Ten women founded the collective to counter the perception that their community is always on the receiving end of a hand-out. Like other circles around the country, each member donates a set amount—for SPIN it’s at least $400 a year—and thereby earns a vote on which organizations should receive grants.

A little-known groundswell of giving circles from San Francisco to Miami is unearthing younger, more ethnically diverse donors eager to boost community nonprofits often excluded by mainstream philanthropy. An estimated 150,000 donors granted up to $1.3 billion since 2007 to organizations in their geographic area, according to a 2017 study by the Collective Giving Research Group.

The number of such collectives tripled over the same period, to 1,600, with most forming in the last few years, the study found. Members give a median of $5,000 annually, 84 percent of which stays local. Giving circle donors welcome nonprofit grant proposals requesting administrative costs, overhead, and capacity-building funds, which traditional charities typically shun.

“We’re helping shift and build a new vision for what philanthropy can be in this country—it’s not just for the Zuckerbergs and Buffetts,” said Masha Chernyak, Vice President of Programs at the San Francisco-based Latino Community Foundation, or LCF. “Folks were saying there are no Latino donors—we proved them wrong. Giving is part of their culture.”

More specifically, LCF hosts 23 giving circles, which together have more than 500 members and have, since 2012, invested more than $1 million in 75 Latino-led California organizations. It’s one of several nonprofits dedicated to a central cause. These groups also include Catalist, a women-centered network with 68 affiliates and 16,000 members, whose annual donations range from $200 to $10,000 and who collectively contributed about $15 million in 2017. There’s also the New York-based Amplifier, a Jewish nonprofit that connects 3,192 donors in 130 giving circles—across five countries—with host organizations and nonprofits.

Some collectives take root in rural areas with few grant-making resources, such as the Moscow Women’s Giving Circle in Moscow, Idaho, which doled out some of the largest grants available to nonprofits in that community. The awards ranged from $1,000 to $10,000 annually since the group’s founding in 2007.

They’re in bigger cities, too, like Brooklyn’s Jewish Russian-speaking Empowered Women, which gave $3,000 so that several local seniors could hire personal care workers. And in Alabama, Birmingham Mayor Randall Woodfin entered public service after becoming a member of the Birmingham Change Fund.

“It’s the best-kept secret in philanthropy,” said Paula Liang, chair of Catalist, referring to this radical reshaping of philanthropy. “It’s exploding—folks at the Bill and Melinda Gates Foundation have correctly intuited we’re at a tipping point.”

Indeed, the Gates Foundation and other funders gave five giving circle networks—including LCF, Amplifier, and Catalist—$370,000 to envision what a national support group for such collectives would look like and what resources it would require. The co-design team, as it’s known, is scheduled to provide a report to Gates this month.

The fundraising prowess of the giving circle movement is but a fraction of the $428 billion individuals, estates, corporations, and foundations donated in 2018. Yet these collectives are growing in strength even as traditional charities hemorrhage donors and smaller gifts. These trends present “huge challenges to the sustainability of fundraising and philanthropy,” said Elizabeth Boris, chair of the Growth in Giving Initiative, in a statement announcing a 4.5 percent drop in donors in 2018.

Not only are giving circles adding more new donors than mainstream philanthropies—their members also give greater amounts on average to a higher number of organizations and become more engaged in their community.

“It’s reinforced this idea that people are looking for something to do,” said Mollie Andron, program director for Amplifier. “People are feeling frustrated and isolated and talking isn’t enough—they want to be activated, and a giving circle is a great platform for that.”

Andron belongs to the New York City-based The Grab Back giving circle, which recently voted to give a $1,280 grant to Spread the Vote, a grassroots nonprofit working to help people obtain valid identification. The group did so because “we know our gift will make much more of an impact to that organization than to the ACLU,” she said.

Collective members not only enjoy socializing in such circles, but they also learn that, even if they don’t make a lot of money, they can still afford to donate to charity.

“I think $1,000 for me on the spot is hard to do,” said LCF’s Chernyak, giving an example of how she explains the giving circle model to others. “But I can do $3 a day—I can be more mindful about how I spend my money.”

In Denver, the Women’s Foundation of Colorado is hosting four giving circles, including SPIN, the African American collective, and the Community Chest, a group of nine breast cancer survivors who came together to “turn a negative experience into something positive,” said Ruth Rohs, who co-founded the circle and is executive director of the IMA Foundation. Members give $1,000 a piece each year and pool the total amount for grants to breast cancer-related causes and those that support women and girls’ empowerment.

As Rohs’ group, which held its kickoff in May, gets off the ground, SPIN, which grew organically among “girlfriends,” is now at a crossroads. Members must now decide whether they need to formalize how the giving circle makes decisions as interest in joining and receiving its grants grows, said LaRae Scott Jennings, its co-chair.

“There has been a ton of interest in membership,” she said. “We didn’t realize how big of an influence we would be for other women, girls, and men to see black women form together to give and be intentional with their giving.”