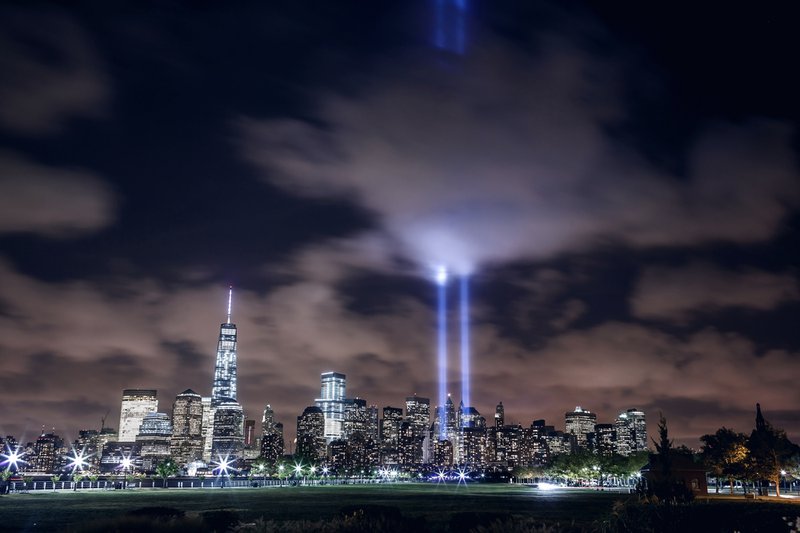 I don’t remember where I was on 9/11. I was eight years old, and a military brat. I can’t even recall the city where I resided. Considering the profound impact that the al-Qaeda coordinated attack had on the fabric of our nation, not being able to recall the events of that day vividly feels almost treasonous.

Truthfully, though, many people who came of age in the new millennium likely find themselves in the same predicament, having grown-up in a “post-9/11” world without the visceral recollection of the actual events of that day. This semester’s incoming ninth graders will be learning about the September 11 attacks in their history books without having even been alive for the actual event. The day is painful and personal and memorable for so many. But we need to remember to consider how we remember, and how we pass the lessons of this attack on to those who cannot.

For example: for today’s traveling young high schooler, receiving a pat-down and a full-body scan before taking flight might seem routine, maybe even normal. But the Transportation Security Administration (TSA) was created as a direct response to 9/11, an attempt to catch those plotting to take down a plane before they board. However, with every incident or mishap, the procedures have become more invasive, thus courting a lot of controversy. After Umar Farouk Abdulmutallab attempted to bring down a plane with an underwear bomb in 2010, TSA added ‘enhanced screening procedures’ that involved the touching of waistbands, the groin area, and inner thighs, in addition to body scanner machines.

These enhancements were met with protests that unfortunately fell around the 2010 holiday season. Even pilots objected, with the union representing 11,500 pilots at American Airlines calling on members to “politely decline” screening by the scanner models that use X-ray technology due to fear of radiation exposure. It doesn’t help that leaks from internal investigations have revealed the ineffectiveness of the excess procedures. In 2015, undercover TSA investigators were able to smuggle mock explosives and banned weapons through airport checkpoints in 95 percent of trials, according to an ABC report.

TSA, however, is hardly the most severe government reaction to the tragedy of 9/11—and not the only one without a decisive benefit. When the first plane struck the northern facade of the World Trade Center’s north tower as a variety of people from baristas to businessmen were arriving to work, hardly anyone could predict the impression this event would have on the U.S. national security apparatus. Except for some of those who were already security experts.

“It’s all over for human rights and civil rights as a core part of U.S. domestic and foreign policy,” Rosa Brooks, author of How Everything Became War and the Military Became Everything, thought to herself as she watched the twin towers collapse. “I was very much afraid that the instinct of the U.S. government and big segments of the population was going to be to say, ‘Forget rights, they don’t matter. We have to lash out at whoever did this, and if we don’t know who did it, we have to lash out at somebody anyway.’ And I think, unfortunately, in some ways, that proved to be right.”

As a nation, we are still paying the price for much of that—including for the 2003 invasion of Iraq.

On September 20, 2002, President George W. Bush announced the War on Terror in an address to Congress that was broadcast around the world. Preemption, a key part of the address, would partially form his rationale for invading Iraq in the coming year, in addition to presumed weapons of mass destruction, liberation of the Iraqis, and a host of other factors, many of which seem, in retrospect, inexplicable. Perhaps they were then, too. But  the Bush administration managed to link the invasion to the attacks on September 11th to Iraq. Reflecting on the aftermath of the national tragedy, Brooks said, “And for having linked that to 9/11, and the way that just fundamentally destabilized the entire Middle East...I anticipated problems, I did not anticipate the Iraq War.”

Perhaps more troubling than Iraq’s invasion is what came out of it. On December 9, 2014, the Senate Select Committee on Intelligence released a scathing indictment of the Central Intelligence Agency’s torture practices used on detainees between 2001-2006. Though a report from an oversight committee can be explained away, a release of photographs in 2004 depicting the human rights violations committed against Abu Ghraib prisoners could not.

As a nation, America has acknowledged torture as a part of our history. However, pieces of legislation such as the Patriot Act, an additional controversial response to 9/11, are still in effect today. That particular act has failed to balance national security concerns with civil rights. The NSA surveillance capabilities exposed in 2013 is arguably the most egregious overreach, and that provision of the act has been criticized by even those who enacted it. Representative Jim Sensenbrenner, Republican of Wisconsin, who introduced the Patriot Act in 2001, excoriated the abuse of the act in 2013, saying “Seizing phone records of millions of innocent people is excessive and un-American.”

It takes a great deal of compassion to understand the, at times, misguided actions two administrations have taken to combat terrorism. Knowing that the 9/11 attacks killed 3,000 people fosters an understanding of the scale and magnitude, but it could never carry the same impact as seeing on cable news people trapped on the upper floors of the towers launch themselves from the buildings. And outside of that context, torture of prisoners, extrajudicial killings, and secret detention facilities will look terrifying and draconian. In fact, it still does to many people who remember that day vividly. The reaction to 9/11 will be harder to understand the farther we move away from it. But even those of us who can’t remember where we were must never forget the pain and horror of September 11, 2001. Even when teaching the numerous international tragedies the American reaction begot.

But that is not all we need to remember. After 9/11, “Never forget,” came to be used as a political slogan in conjunction with the War on Terror, mistakenly, I believe, to imply vengeance and retribution for what was done to America. But it has also been used to remind us not to repeat the darkest periods of our history. But we must foremost use slogans of remembrance to honor the victims of the tragedy, those who died on 9/11, as Laurence Binyon did in a poem written in 1914 that has come to recognize all casualties of war, regardless of state.

They shall grow not old, as we that are left grow old:

Age shall not weary them, nor the years condemn.

At the going down of the sun and in the morning

We will remember them.