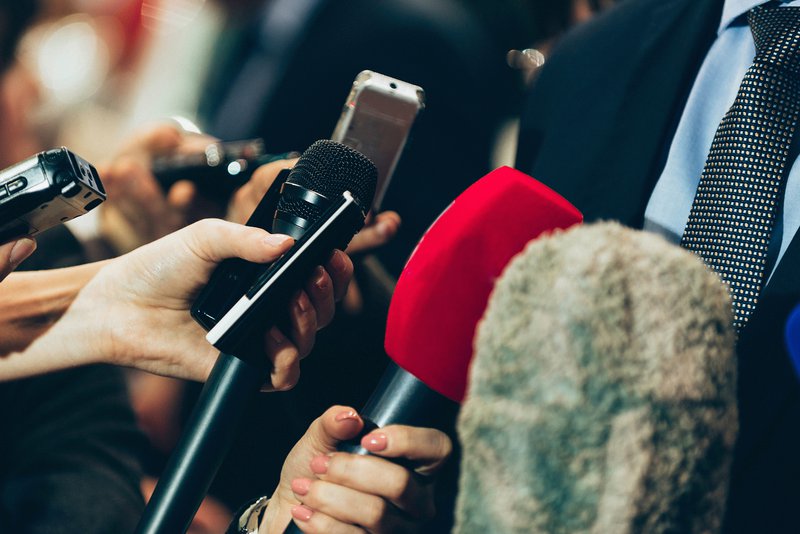 Media swirls about this presidency like none before it. It’s Donald Trump’s favorite punching bag, his most reliable base-priming enemy. Steve Bannon ascended to Trump’s right hand from media, and that same perch has since become a threat to Trump’s appeal, now that Bannon has returned. Media’s centrality to this story is, perhaps, dizzying, particularly to anyone who grew up just after the middle of the last century—in the “era of objectivity.”

That era, grounded in the once-sacred ideal of Journalistic Objectivity, may be over. But before we decry the end of an era, we should actually celebrate this moment—and the accompanying crucible of the industry’s restructuring—as an opportunity for democracy. Journalism, and those who love it, can now turn the page to a new ideal: legitimacy.

Objectivity is, or was, after all, a relatively new ideal of journalism. One could even argue that it was a blip of economic history. In fact, this is the very argument Mitchell Stephens makes in a recent Politico piece. Building on a wealth of evidence that the mid-20th century of “objectivity” was a turn from historical norms, Stephens makes an assertive case that journalism, as an institution, should be imbued with politics, as it always was—from the days of Jefferson’s attacks on Hamilton to Lincoln’s treatment of the press as an ally in the campaign to end slavery.

What might this more recent return to old norms mean? Well, for one, it would be unsettling to someone like me, raised in “the era of objectivity.” Friends my age (Gen X and older), on both sides of the political spectrum, have asked me since the election, “If there’s no single trusted source, whom do we turn to when politicians just attack each other’s media?”

To be sure, you can, under the right circumstances, still trust the coverage. That’s actually where you, the customer, come in. Rather than allowing news organizations to claim for themselves an ideal of objectivity, you should be rewarding legitimacy to them by trusting their work. In this way, news organizations earn their legitimacy, piece by piece, day by day. It’s a stronger relationship than one imposed from above. And just like how illegitimate rulers can get a little self-righteous to defend their place, so, too, did 20th-century media get a little self-righteous in claiming its place, even while many of its customers felt left out.

In large part, those who have felt left out are conservatives. When news organizations talked about themselves as though they owned the definition of objectivity, they failed to recognize the natural market forces that tilted them to the left of the American political spectrum. To wit: The best way to maximize profits for a newspaper or television station—with its high barriers to entry—is to find audience density (shorter delivery routes for newspapers, more people in your transmission area for radio and TV). Where is audience density? Cities. One look at the congressional map, and you can see that cities are to the left in American politics. Thus, you hardly have to squint to see that Trump knows that his base will rally to him if he characterizes his tenure as, essentially, a war on establishment media and the lefty cities that help to prop the institution up.

Of course, as a 30-year veteran of American journalism, I still believe my work was objective. But, which stories I chose, and which assumptions I made while covering them, meant I missed things my conservative friends would have seen.

Some conservatives were a little paranoid about media’s intentionality, but they weren’t wrong about the product. So, once given the chance, thanks to cable news and the Internet, these same people fled and found alternative sources they trusted. And perhaps obviously, this all happened while the industry itself was being ripped apart by technology. Now, as the media is starting to change its relationship to its customers, thanks to the growth of a subscriber-based model, it’s a moment when it should also embrace legitimacy as an ideal.

The reason to replace objectivity with legitimacy is that it’s more democratic. Objectivity lived in a world of divine right for most of its life. It is, by definition, not something others can convey upon you. Objectivity just is: Either you had it or you didn’t. By claiming it as an ideal, journalists were able to keep that decision out of the hands of their audience.

Legitimacy, on the other hand, is conveyed to news organizations by their audience. The only way to gain it is to earn it from the people. While it may not be perfectly democratic in a market-based system where money can tilt the scales, it’s closer to the true ideal of what a free press was originally about—the ability to challenge power publicly, not the ability to claim an objective truth.

If you remove the self-delusion of Objectivity, you still have a legitimate product, appealing to a discernible audience. Anything from a blog to an international news network has to earn its legitimacy by practice, not through inheritance or the money to buy a local TV station. Legitimacy is an ideal separate from the simple crucible of market demand. Market success won’t be a shield to help carry you through unpopular reporting, or even a mistake, but legitimacy will. Legitimacy also fosters credibility, considered the coin of the realm by journalists. While credibility can be episodic (a single report of something previously unknown) or personal (a doctor reporting on medical news; a well-connected political reporter), legitimacy is more institutional and also typically assigned to the management or ownership of a news organization.

So, why does this matter to anyone other than journalists? Because it ought to be empowering to the citizenry, making people more responsible for their own choices, and removing their ability to blame “the media” for the poor choices others make. Now, if you truly want to understand the issues that impact your life, you can no longer rely on a one-truth news organization to provide it for you, or blame it when it doesn’t. That’s on you now, dear consumer. If you want to live in an echo chamber, go for it. But you can no longer say that you’re escaping some “mainstream media bias” because there is no mainstream anymore; media maps itself along the same spectrum of politicians and voters. If you want more sources, go find them—or, even better, please pay for them, so that all voices can be heard.