Ireland Doubles Down on Diplomacy 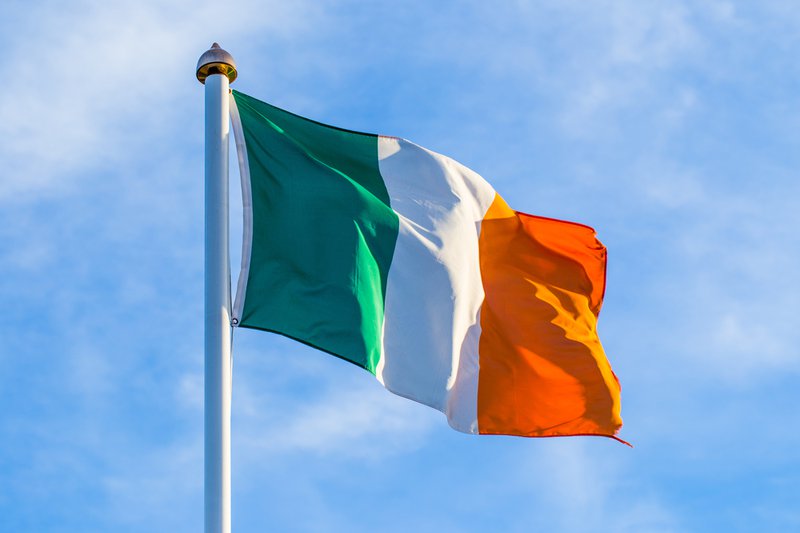 While Leo Varadkar—the Taoiseach, or prime minister, of Ireland—said recently that it’s “too early” to diagnose the progress of looming Brexit negotiations, the country is already making plans to plow ahead on another front: doubling its international diplomatic presence. Varadkar wrote a letter to Foreign Affairs Minister Simon Coveney last month, asking him to “double our [Ireland’s] global footprint by 2025,” according to the Sunday Independent.

With the exit of Britain, one of Ireland’s biggest trading partners, from the European Union, the small Catholic nation is eager to take on a new, central role within Europe and to bolster against any coming chaos. One way to do this: by ramping up the number of embassies abroad.

Embassies cost the country €95 million, according to the Independent’s report, with the most expensive office being the London embassy, costing some €6 million annually.

“This forms part of the response to Brexit but is also a key element of the Taoiseach’s vision for Ireland as a country at the center of the world and a country which maximises its impact globally,” a senior government source told the Independent.

As Britain prepares to leave the political bloc, the consequences remain ambiguous for Ireland. Varadkar has been under fire by some for his comments in late July, in which he said that it’s Britain’s responsibility to devise a border solution between the two countries.

Amid all of the political uncertainty hovering over Europe is a key question: Is Ireland’s maneuver to double down on its diplomacy truly a prudent move?

I’d argue that there’s room for judicious optimism, given that such a large investment is a positive indicator of the health of the Irish economy, and in light of the large cuts to government spending Ireland made during its recovery from the harsh economic downturn it suffered in the past decade. In 2010, Ireland accepted a €67.5 billion loan from EU member states to avoid economic collapse, following the bursting of the Irish property bubble and the attendant banking crisis.

Or as Varadkar put it: “It is clear that there is a new self-confidence in Ireland, as an island at the centre of the world. That national self-confidence requires that we always be ambitious, visible and active in promoting the interests of our nation on the international stage.”

A recent “health check” by Goodbody Stockbrokers, an Irish stockbroking firm, predicts that Ireland will reach full employment by the end of next year. This is a stark difference from even five years ago, when unemployment rates in the country peaked at 15.1 percent.

Moreover, Ireland’s foreign direct investment has played a large role in increasing the country’s vital statistics, effectively rekindling the Irish economy post-crash and before domestic sources of growth stabilized. In addition, the fact that both the United States and the United Kingdom have become increasingly crucial trading partners also has contributed to Ireland’s recovery.

Still, what are the risks associated with Ireland’s diplomatic jockeying?

Some economists worry that the Irish economy is highly exposed, having increased its exports along with foreign investment to regain its footing. The economy may be overly vulnerable to the mercurial winds of the international marketplace, even as its own domestic economy grows.

“We are more exposed than before to the world economy falling into another financial crisis originating from commodities and emerging countries… or if Brexit is hard and so on,” wrote University College Dublin Professor of Economics Patrick Paul Walsh in an email.

The prime minister’s latest move does admittedly break precedent with the fiscal conservatism that previous leaders have applied toward government spending during the post-downturn period. Even so, this could very well be a fast attempt to mitigate the potential losses that might be sustained if the Brexit deal is harsher than Ireland hopes for, or anticipates.

The Independent’s report additionally mentions that Varadkar will write to the Tanaiste, or the country’s deputy prime minister, and to the Minister for Business, Enterprise and Innovation Frances Fitzgerald; the Minister for Agriculture, Food, and the Marine Michael Creed; and the Minister for Transport, Tourism and Sport Shane Ross, to ask for their involvement in the country’s new international push, presumably to coordinate within and across industries.

As Ireland continues to re-assess its economic relationship with the United Kingdom, and as “America First” isolationism becomes a rallying cry to bring jobs back home from across the Atlantic, Ireland’s diplomatic expansion is a natural response. The next few years, though, will show what Ireland’s saving grace looks like, as it welcomes in new trading partners.