The Implications of America's Extractive Exit 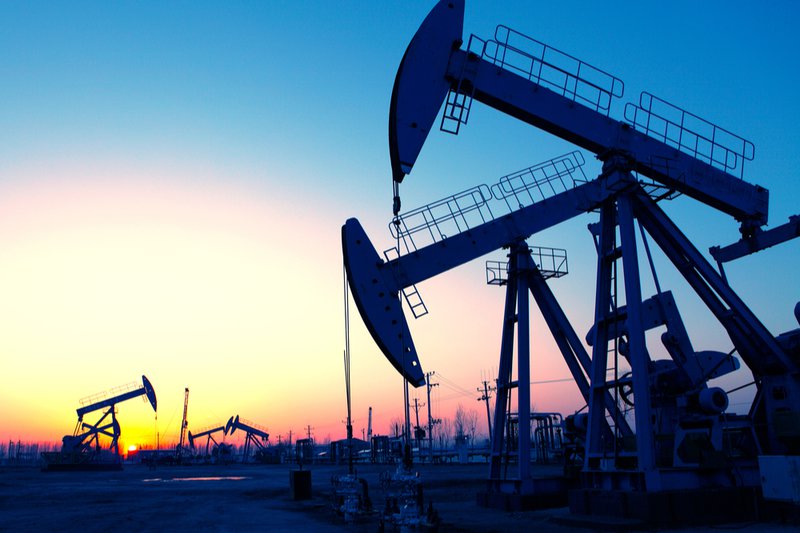 Transparency in the United States’ extractive sector has taken yet another step backward under the Trump administration. On Nov. 2, the United States announced its intention to leave the Extractive Industries Transparency Initiative, or EITI. While the organization might sound niche and wonky, the United States’ decision to depart the EITI could amount to a startling lack of leadership and a loss of credibility internationally—and it could have dire implications for American citizens’ ability to hold their government accountable when it comes to resource revenues.

To have a sense of what’s at stake with the recent announcement, it’s important to first understand what, exactly, the initiative is and what it means. The EITI is an international initiative that requires extraction companies and country governments to disclose payments made for oil, gas, and mined resources. The basic idea is that these two numbers—money paid by companies and money received by the government—should match, and that if they don’t, there’s likely been some foul play. In recent years, the EITI has notched up its requirements, asking countries to provide more detailed data in an attempt to uncover beneficial ownership—that is, the person or entity that actually profits from extraction, which can sometimes be concealed through shell corporations. (Remember the scandal around the Panama Papers? That was, in part, a case in point of how anonymous shell companies can launder money.) Through multi-stakeholder groups, the EITI brings together civil society, government, and companies and encourages public debate on how a country’s extractive revenues are spent.

And, in recent years, the United States had even decided to practice what it preaches, submitting its first EITI report in 2015. As of this month, however, the United States says that it will, through the Department of State, continue to play only a supporting role in the Initiative, helping developing countries worldwide to join and increase their transparency, but not implementing the standard domestically. In light of the United States’ withdrawal, this form of development aid smacks of hypocritical paternalism and flawed diplomacy.

What’s more, this isn’t the first time in recent months that the United States has taken the lead on extractive sector transparency, only to later fail to follow through. In February, for instance, the Trump administration struck down Section 1504 of the Dodd Frank Act, which would have required oil, gas, and mining companies trading on the U.S. stock exchange to disclose payments to foreign governments in an effort to provide transparency into areas such as transnational crime and terrorist financing. The European Union, Canada, and Norway have since implemented parallel legislation, while the United States continues to abet bad practices.

While it’s disappointing that the United States continues to diminish its status as a world leader under the current White House, the consequences of these recent actions stretch even further, prioritizing corporations while harming American citizens.

In determining whether to open up their lands for extraction, Americans are faced with a decision: Is the environmental degradation and disruption to communities that oil, gas, and mining inevitably cause worth the income that these resources generate? Certainly, if companies aren’t making significant tax, royalty, and land-lease payments, Americans suffer the negative benefits of resource extraction, only to stuff the coffers of extraction companies. Without full disclosure of information on the national and local income that oil, gas, and mining contracts generate, Americans must make their decision without key information. (And these and adjacent concerns, of course, have implications beyond America’s borders. Globally, natural resource extraction often leads to increased corruption levels, due at least to some degree to the nature of extraction. The process typically happens in remote, sparsely-populated areas with minimal oversight mechanisms, and the substantial yet opaque revenues received can make it easy for leaders to essentially buy off citizens via untaxed services and patronage.)

ExxonMobil and Chevron have been central opponents to both the EITI and the Dodd Frank Act. These powerful companies have refused to disclose what taxes they’ve paid to the U.S. government, citing the absurd logic that it’s illegal for them to do so. They have, however, disclosed in Canada and the European Union where transparency legislation exists.

To observers of the U.S. extractive market, it probably isn’t all that surprising to see that dismantling transparency measures in the oil, gas, and mining sector is a priority of the current administration. After all, Rex Tillerson was CEO of ExxonMobil immediately before becoming U.S. Secretary of State, having lobbied personally against Dodd Frank 1504 and full disclosure under EITI. He, like President Donald Trump, refused to disclose his personal income taxes when assuming office. Revoking this legislation and refusing to disclose financial information is, if nothing else, a telltale sign of the crony capitalism marking the present White House.

Fortunately, there are companies that have elected to do the right thing, offering voluntary disclosure in the absence of U.S. legislation. For example, Kosmos Energy, an international oil and gas company based in Dallas, Texas, writes: “In our view, transparency begins with openly sharing the terms of our business dealings with host governments so that a more informed national dialogue can take place in the countries where we work.”

Yet while Kosmos’ efforts are admirable, Americans deserve better than to have to rely on the goodwill of oil, gas, and mining companies. While unearthing natural resources can bring wealth, transparency legislation is key to ensuring that people aren’t played for fools. Citizens shouldn’t give up precious resources to tax-evading corporations, only to gain nothing in return.