If We Want Gun Safety, We Need to Change Course 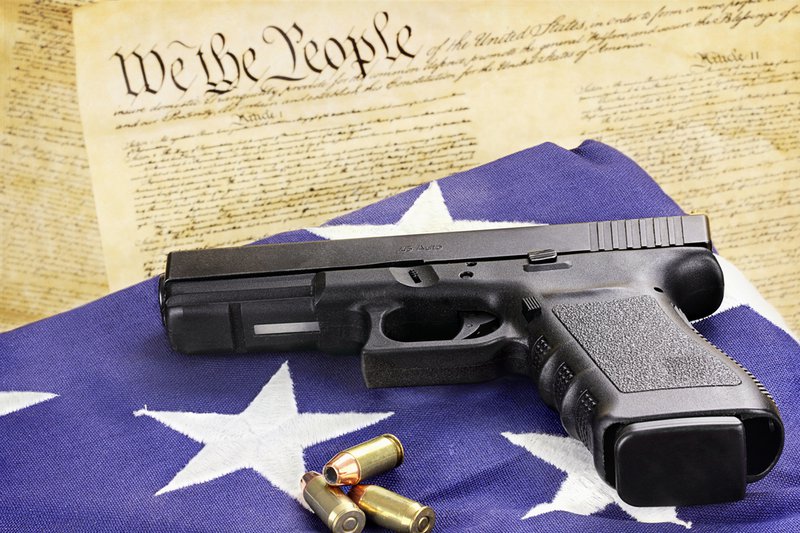 As one Senator after another joined Chris Murphy’s (D-CT) filibuster in support of gun control legislation this week, you could see interest starting to well up across social media – would this time be different?  Remember how close the votes were last time – after Sandy Hook, after San Bernardino. Just two more, or four more – as if the problem was with the personal moral calculus of Heidi Heitkamp, or Lindsey Graham, or Ben Sasse (who joined Murphy’s effort without promising to vote for the legislation in question).

Sadly, a deeper analysis of how cross-partisan outreach has succeeded in addressing pressing moral concerns makes it clear that the just-one-more-moderate approach is unlikely to produce meaningful improvements in gun safety. The trans-partisan playbook does suggest a way forward—not straight from moral outrage to the Senate floor, but through local communities’ pain and experience, and local leaders’ ideologies.

The key  across issues  is not getting the other side’s view of the problem to match your own. Rather, progress comes when a particular policy solution can be fit with the ideological story a powerful group is already telling itself about an issue or problem, and those groups or factions can combine with enough raw political power to defeat opponents whose interests or ideologies differ.

Take sentencing reform. When academics Steven Teles and David Dagan studied how a left-right coalition emerged first in Texas and then across the country, they did not find that long-time progressive activists had convinced conservatives that justice was racially biased. Rather, libertarian conservatives had come to believe that the penal system was expensive, inefficient, and an encroachment on personal freedoms. Sentencing reform was a policy response that fit both definitions of the problem.

Gun safety groups have been working for decades now in a different direction -- maintain their analysis of the problem, and peel off a sufficiently large group of opponents to make progress at the federal level. They analyzed GOP opponents and wobbly Democrats, organized activism in their states, and ran ads and even primary challengers against them.

The results: in 2013 and 2015 the same four Republican Senators bucked their party on universal background checks. Elected officials who weren’t moved by the mass shooting of children in Newtown, Connecticut in 2013 didn’t move after killings in the name of ISIS in San Bernardino, California in 2015. The election between only made the task of getting the votes more difficult. Though gun control advocates ramped up their electoral spending compared to previous cycles, the Center for Responsive Politics found that they were still outspent 9-to-1 in 2014.

The question advocates must ask themselves today is whether the nature of the most recent attack, or the landscape against which it took place, changes the balance of power at all.

Public discussion of that balance of power tends to focus on two measures: money and public opinion. But this is misleading. Yes, a majority of GOP voters does favor some gun safety measures. And yes, before the advent of Michael Bloomberg, gun rights advocates were outspending their opponents by 28-to-1 in elections. But when the top recipient of NRA Senate dollars is also the Republican who breaks ranks to co-sponsor background checks, while two Democrats who voted against gun control measures received no campaign funds from the NRA at all, it’s time to understand that money doesn’t tell the whole story.

The effects of money and public opinion are filtered through two often-overlooked factors: intensity of preference and structure of party hierarchy. For their most ardent supporters, gun rights are more than a check-writing cause. The NRA’s civic participation component provides a community and a sense of belonging to something bigger and a way of life, while ideology ties gun rights to core American values. Gun safety advocates face this asymmetry of presence as well as the harsh reality that they lack prominent supporters within the GOP establishment and its funders. This bears underlining: Even as the GOP has splintered ideologically, each faction has retained an extreme interpretation of the Second Amendment and competes with each other over it.  The factions’ competition for GOP voters—and NRA dollars—means that GOP thought leaders will have to be very brave (and well-funded) indeed to walk away.

What we know from the example of sentencing reform—as well as failed efforts in 2009-10 to bring evangelicals over to climate change, and a left-right partnership to reform Pentagon spending, among other case studies—is that party splits happen when elected officials perceive that their interests will be served and their ideological values can be defended by a new position. The Pentagon budget remained subject to sequester, for example, because libertarian budget hawks were willing to argue that cutting military spending was a legitimate small-government, conservative position.

This tack may work for the narrow issue of denying gun ownership to individuals on the terrorism watchlist, but even that is questionable. First, over the last decade retired military leaders have been rolled out as advocates on behalf of banning torture, closing the Guantanamo Bay prison, increasing spending on international development, improving public education and combating climate change, among other issues their proponents sought to frame as “security issues.” Such efforts had the clearest effect on narrow, targeted proposals easily connectable to core military interests, such as  investigating and banning the practice of torture, ordered by civilian officials in charge of US military and security organs. They had the least effect on issues like education or climate change where elected officials faced countering ideological or partisan pressures. What big GOP donors believe about climate was determinative of representatives’ political futures; what Colin Powell believes was not. The retired generals who endorsed closing Guantanamo in 2010 were not going to pull thousands of votes to replace frightened midterm voters. These moves may be narrowly helpful, but they will not be sufficient.

Second, legislators who are vulnerable in 2016 may feel the need to move on guns, as we are already seeing with Senators Toomey and Portman (R-OH) and Illinois Representative Robert Dold. However, this is the same small group of legislators elected from genuinely purple districts who were targeted in the 2013 and 2015 votes. Even their willingness to support legislation aimed at individuals on the terrorism watch list is not reason to believe that representatives will change their minds and votes en masse on gun control.

Rather than despair, though, let’s review what we know about getting not just one token vote but durable change on highly-polarized, partisan issues.  Over the past two decades, we have seen marriage equality move from being a minority concern on the left to enjoying broad public support and a core-constituency status for Democrats, while the subject of intense internal combat for Republicans. The move to re-examine, limit and ultimately ban capital punishment has steadily gained public support from both sides of the aisle, though significant polarization persists; the political debate is moving forward in the reddest of red states, with Nebraska debating abolition and Oklahoma convening a high-level commission to study the practice.

These two fights, as well as sentencing reform, shared a broad pathway that gun safety will likely have to follow as well. They scored successes and built momentum at the state level – sentencing reform first in Texas, marriage in Massachusetts. That progress was built on years of effort and relationship-building in local communities, sustained by funders and strategists who accepted that nothing would happen overnight.

To build broad coalitions, advocates were willing to reframe their issue around values or interests of desired coalition partners. Gay rights advocates chose the marriage fight not only because it was important to the LGBTQ community, but because it was easily understandable and sufficiently conservative for heterosexual voters; campaigners for racial justice in Texas partnered with conservatives who viewed sentencing reform through a fiscal lens.

This process can be agonizing; the LGBT community faced long and divisive internal fights about marriage as a primary goal. Michelle Alexander and other observers have charged that the progressive criminal justice movement has failed to get real progress on core issues from its right-wing allies. And success requires organizing and planning for a long term fight, jurisdiction by jurisdiction, with small and partial wins as well as plenty of losses along the way.

Too often this path is rejected because it seems so inadequate to the urgency of the task at hand. But six states have repealed the death penalty since 1999 (though Nebraska’s repeal is now subject to a popular vote this fall); 46 have adopted at least one measure aimed at steering people away from entering their prison systems; and marriage equality is the law of the land in all 50. To propose similar results on gun control at the federal level would seem laughable; but not to follow this blueprint for building power and changing laws is almost incomprehensible.