How Turkey Returned to the Brink 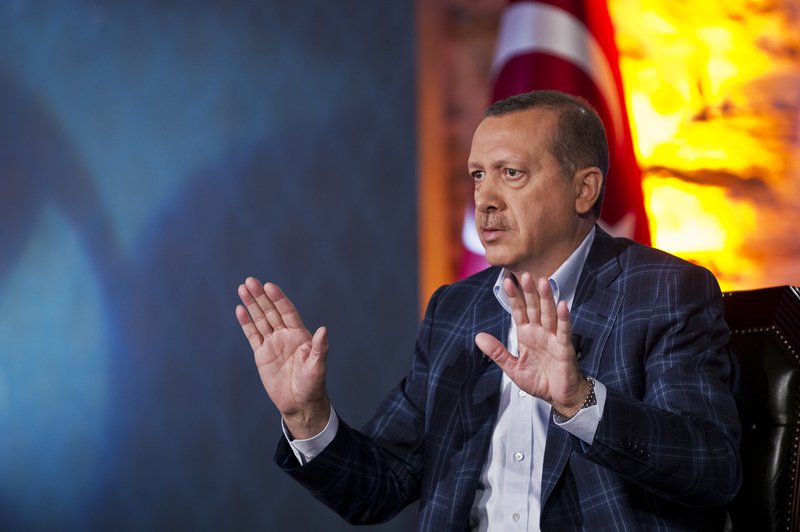 Turkey has been rocked in recent weeks by a fresh wave of violent clashes between its security forces and the militant Kurdistan Workers’ Party (PKK). After each PKK attack on security forces, politicians and the media stress that Turkey stands “united” against terror, but rarely has the country been more bitterly divided. While most Turks condemn the Kurdish militant group, not all blame it for the current violence. Rivals of the conservative Justice and Development Party (AKP) and President Recep Tayyip Erdoğan accuse the party and president of cynically provoking the unrest for political gain, while the AKP says the opposition is working in league with terrorists. Just two months ago Turkey’s major parties were involved in talks to form a coalition government. Now the country is heading to a snap general election, called by Erdoğan for November 1, in an atmosphere of unprecedented turbulence.

The election back on June 7 deprived the AKP of its parliamentary majority for the first time in 13 years, forcing it to look for a partner in government if it wanted to remain in power. While there were always doubts that an agreement could be struck, some optimists hoped that a “grand coalition,” comprised of the AKP and the secularist Republican People’s Party (CHP), could lead to a “normalization” of Turkish politics and a de-escalation of the social tension that has built for years as the AKP reinforced its authoritarian rule. Further, the Kurdish-based Peoples’ Democratic Party (HDP) successfully crossed the 10 percent election threshold, guaranteeing parliamentary representation and reinforcing the belief among many that Turkish politics could change for the better. Today, those that optimism hopes looks very naïve. While talk of civil war may be far-fetched, many observers feel that Turkey is entering a dark tunnel with the exit unclear.

Turkish politics has long been extraordinarily pugilistic, but coalition governments were the norm before the AKP rose to power in 2002. Perhaps that is why those who do not support the AKP were so relieved in the first half of this past summer. Over the previous 13 years, the AKP and Erdoğan had used their parliamentary and presidential control to gradually tighten their grip on both state and society. Reliable loyalists filled various bodies responsible for regulating the media, the Internet, universities, the judiciary, and the banking and financial sectors. The AKP’s electoral hegemony meant that parliamentary commissions were headed by its MPs, who guarded party members and sympathizers from any threatening moves.

Many thought the June 2015 election marked the end of the party’s crushing dominance of Turkish politics. The loss of the AKP’s majority in June could have forced it and Erdoğan to share power—but this would have been an enormous risk that the AKP was never going to take. In December 2013, serious corruption charges were brought against Erdoğan’s close associates and even his family members, and in the following months the government scrambled to cover them up. The accusations were undoubtedly politically motivated, but there was certainly substance to them. The only way to prevent these charges from being pursued once more is for Erdoğan to maintain a monopoly of power over the state administration through the AKP. In suppressing the corruption files, the AKP took Turkish politics beyond a critical threshold. It was not going to risk lose losing institutional dominance, and so coalition talks were stillborn and the hoped-for moderation of Turkish politics never happened.

This is the delicate context in which the latest descent into violence between the state and the PKK took place.

Despite conspiracy theories, there is no evidence that the clashes were provoked solely by Erdoğan to strengthen his hand before a snap election. But that may well be the effect. He’s certainly doing his best to spin events to the AKP’s advantage. The (constitutionally impartial) president claimed during a TV interview last week that if a single party (the AKP) had managed to win “400 MPs” in June, it would have the strength to change the constitution unilaterally, which would somehow mean that Turkey would not now be facing such a spiral of violence.

Whatever the truth of the claims and counter-claims, the situation now seems to be spinning out of anyone’s control. In towns across the southeast, the military has imposed suffocating, week-long curfews after Kurdish militants stockpiled weapons, attacked security targets, and declared areas of “autonomy” from what they see as an illegitimate state. Hundreds of militants, soldiers, police officers, and civilians have been killed in clashes since July, though reliable death tolls in the blockaded zones are difficult to come by as independent journalists have been unable to enter.

Turkey desperately needs unifying statesmen to rise above the political fray. Instead, it is heading into yet another needless and divisive election campaign. President Erdoğan faces a personal fight for his political survival. The AKP’s senior figures, enjoying legal immunity so long as they remain elected officials, are paranoid in the face of what they see as a stark choice: office or jail.

With the stakes so high, what should we expect from the November elections? What if again no single-party winner is produced, forcing fresh coalition talks? Turkey’s major parties are essentially based on expressions of identity politics, so voters tend to shift allegiances very little. But Turkey is also a very unpredictable country, and the violence currently shaking it may also shake voter behavior in ways currently unclear. Do Turks agree with Erdoğan that only a strong AKP under his thumb can resolve the current unrest? Or do they think this instability is being cynically manipulated by the AKP? Can an election even take place in environment of such bloody instability? Whatever the answers, the fact that such questions are even being asked makes it difficult to be optimistic about Turkey’s short-term future.