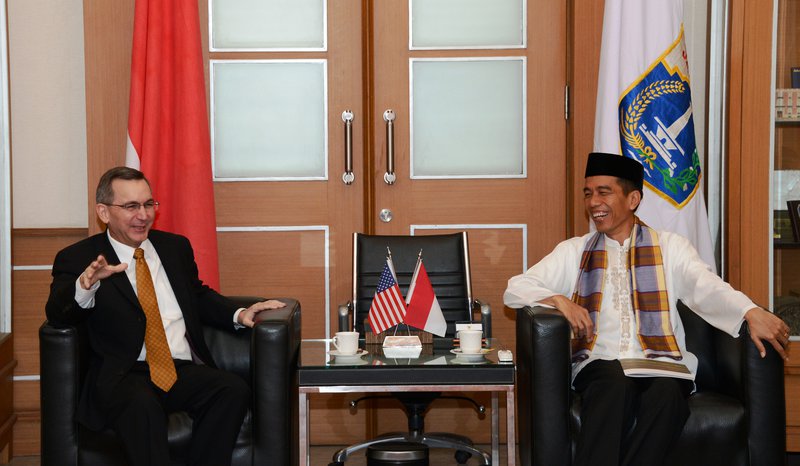 The world’s largest Muslim-majority nation, Indonesia has historically prided itself as a bastion of moderation, sewn together by a strong commitment to pluralism and tolerance. But a recent election for governor in the capital city of Jakarta has tested that self-conception, highlighting the growing role of religious identity politics—and signaling that, contrary to what many think, the country may not have escaped the populist wave sweeping the globe.

On April 19, incumbent Jakarta Governor Basuki Tjahaja Purnama, popularly known as Ahok, lost his bid for reelection following one of the most heated and divisive political campaigns since Indonesia’s transition to democracy in the late 1990s. Despite a controversial managerial style, Ahok had been largely popular as governor. Halfway into his tenure, his approval rating sat north of 60 percent, and he was seen as a leader focused on tackling corruption and streamlining city administration.

But as a Christian of Chinese descent and the first non-Muslim to serve as governor of the Indonesian capital in five decades, he became the target of attacks by Islamic hardliners, who objected on principle to being governed by a non-Muslim. During a September 2016 campaign speech, Ahok invoked a Quranic verse in criticizing those who claimed Muslims could not vote for a Christian leader. When edited video of the speech was widely publicized on social media, it sparked fierce public debate, with some suggesting that the comments constituted blasphemy against Islam, an offense punishable by up to five years in prison.

Conservative Muslim clerics led hundreds of thousands of adherents in a series of mass protests against the governor in downtown Jakarta, including one in November, which turned violent. Following the mass mobilization, calls intensified for Ahok to be jailed and pressure ramped up on the authorities to charge him.

In November, Ahok was officially charged with blasphemy, casting a dark shadow over the rest of the campaign. Ahok and his supporters contend that the charges were politically motivated, a claim seemingly supported by the fact that, the day after Ahok’s election loss, prosecutors downgraded the charges and removed the possibility of prison time. But the damage was done.

The blasphemy allegations hurt Ahok’s reelection bid and raised the profile of his faith and ethnicity as a central campaign issue. Even so, he managed to win the first round of voting on February 15, besting his nearest rival, Anies Baswedan, a former education minister, by around 3 points in a three-way race. But his failure to reach the 50 percent threshold yielded a runoff two months later, which Anies won handily, securing around 58 percent of the vote.

So what might all of this mean for Indonesian democracy as we know it?

The results will scramble the Indonesian political calculus in the coming years. The Jakarta governorship is seen as a launching pad for those with presidential ambitions. Indonesia’s current President Joko “Jokowi” Widodo—a close Ahok ally—was previously the city’s governor before being elected to lead the nation in 2014. The failure of Ahok’s candidacy strengthens the hand of Jokowi’s political rivals—people like Prabowo Subianto, a former general accused of human rights abuses, who lost the presidency to Jokowi last time around. Now Prabowo is poised to make a comeback after throwing his weight behind Anies’s bid for governor. Or perhaps Anies, himself, will try for the top job in 2019.

But Anies and his political patrons may be playing with fire. Though Anies pledged to “safeguard diversity and unity” in the aftermath of his victory, he had spent the campaign quietly cultivating the support of those targeting Ahok for his faith. He appeared at events with Islamic hardliners and failed to speak out strongly against religiously-based attacks. While Anies, himself, was known as a relative moderate, he clearly wasn’t above using hardline sentiments to win votes.

Of course, as with elections everywhere, the Jakarta contest was complicated, and a focus exclusively on the religious dimension obscures more complex decision-making involved for voters. Ahok’s controversial policy of evictions in poor neighborhoods, for instance, made him unpopular among some of the voters that had supported him in the past.

But it’s still clear that religion played a pivotal role in the outcome. In one poll, a third of Anies supporters cited religion as the main factor influencing their votes. Polls also revealed a sizable number of voters who approved of Ahok’s performance as governor but still said they would vote against him because they believed he had insulted Islam.

In a regional neighborhood dominated by authoritarian governments, Indonesia has stood out as a rare success story. Since the fall of former dictator Suharto in 1998, the country has experienced a relatively sustained transition to democracy, with regular elections that encourage broad participation. The military has largely withdrawn from politics, and a vibrant, diverse civil society has emerged. Perhaps most impressively, Indonesia has embraced the virtues of moderation, pluralism, and tolerance, leading many in the West to hold the country up as a model for how Islam and democracy can coexist.

That could be changing. For many Ahok supporters, last month’s vote was a referendum on the official national motto of “unity in diversity.” By demonstrating the electoral power of populist appeals to religion, the election has opened up a Pandora’s Box of possibilities for Indonesian politics moving forward. The 2019 presidential race could see the enemies of incumbent President Jokowi use similar tactics to discredit him. The results will also likely embolden religious hardliners, including the increasingly powerful Islamic Defenders Front. And future use of the religion card will continue to erode Indonesian political norms, producing sharper polarization and increasing the possibility of a return of political violence, which still haunts Indonesia’s past.

In the days following the election, hundreds of Ahok supporters laid wreaths at the steps of City Hall—a sign of appreciation for the governor, but also a funeral of sorts for moderation in Indonesian politics. Indonesian democracy isn’t dead yet, though. The fact that election results were respected by all signifies that democracy remains one of Indonesia’s most precious assets. However, its future there is hardly certain—and the challenge to come lies in confronting the rise of identity politics and ensuring that extremism and populism don’t devour the impressive democratic gains Indonesia has made so far.