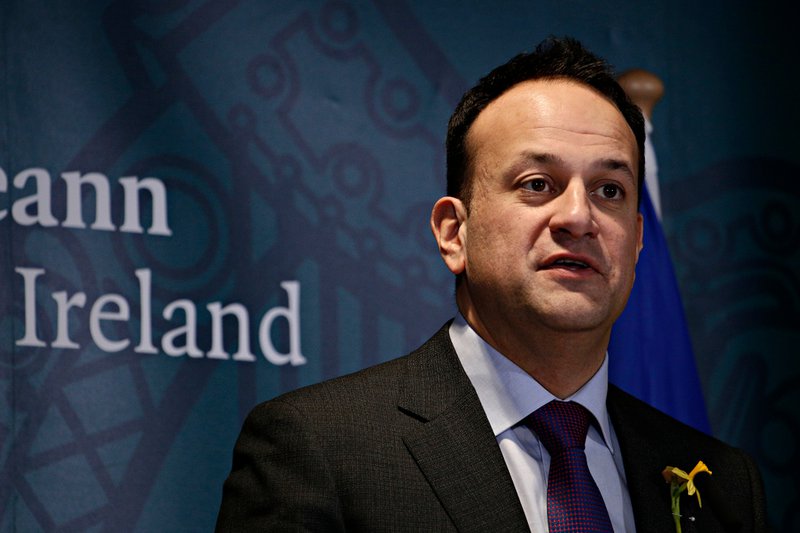 That was Taoiseach (Prime Minister) Leo Varadkar, speaking earlier this month at an event at the Brookings Institute about relations between the European Union and the United States—and what role Ireland might play in that relationship in the future. Varadkar’s assertion isn’t based on nothing: Ireland and the United States have an uncommon, even unspoken link. For one, as many as 35 million Americans, or 10 percent of the U.S. population, claim to be of Irish descent. In addition, Ireland’s generous tax incentive policies have fueled a thriving trade relationship (worth an estimated $2.5 billion a week) between the two nations. In the United States, Irish companies’ stock investments total $85.5 billion, a tremendously high number given Ireland’s size.

Despite Brexit and U.S. President Donald Trump’s rejection of international cooperation (seen most recently in tariffs on aluminum and steel), Ireland has dedicated itself to outward-facing diplomacy. In particular, it’s priming itself to become a key player in the European Union’s attempts to protect against potential blows in a murky post-Brexit future. Which is to say: Looking ahead, could Ireland be a key link in a tenuous transatlantic relationship?

The Taoiseach’s visit to the United States earlier this month, in honor of St. Patrick’s Day, seems to affirm that Ireland is eager to take on that intermediary role. Specifically, it’s ready to make securing positive relations with the EU-skeptical Trump administration a priority. With Britain and the United States ready to bow out of internationalism, Ireland is the only English-speaking country in the transatlantic relationship keen to hold onto decades-old diplomatic traditions.

This move, however, has come with some notable concessions. Despite—or perhaps because of—his pro-cooperation stance,Varadkar is ready to capitulate some of the EU’s most important plans in the interest of balancing his and Trump’s policy ambitions. Varadkar noted, in line with Trump, that European countries must begin to contribute more financially to their collective self-defense. But trade is where his policies stood out most, and he suggested that countries temporarily slow down attempts to establish the Transatlantic Trade and Investment Partnership (TTIP), which had all but been halted already following Trump’s election in 2016.

“We’d love to restart and re-engage with TTIP. But I’m also realistic about it,” Varadkar said. “You know, we do have an administration here in the United States that’s moving away from free trade deals, is renegotiating NAFTA. I would be skeptical about the prospects of TTIP being the means by which we can avoid a trade war.”

Despite all that, Varadkar affirmed that Ireland would hardly start looking inward: “While the United States is perhaps moving away from free trade agreements, the European Union is busy making them, making a lot of deals, and that’s going to continue,” the Taoiseach said.

If it follows through, Ireland could find itself in a highly sought-after place on the global stage, rising above its geographical station to help broker economic harmony between the United States and the European Union. In trade renegotiations yet to come, Ireland is likely to have an upper hand, as it bolsters its relationship with the United States via re-calibrating deals on essential imports and exports, including pharmaceuticals, aircraft, and packaged medicaments.

Indeed, despite its steadfast loyalty to the European Union and to internationalism in general, Ireland has more in common financially with Trump’s policies than you might think. The Great Recession of 2008 struck the small country hard, leading to a subsequent housing bubble burst. Since government restructuring and a massive bailout, Ireland’s newfound financial success has hinged on its incredibly low 12.5 percent tax rate on all corporate trading profits. This is a policy Trump certainly envies, having claimed it as a pivotal point in future GOP tax legislations.

On top of that, while in Washington, Varadkar announced a new initiative called “Global Ireland,” the next step in Ireland’s diplomatic expansion project. “Global Ireland is how Ireland will tell our story in a more unified, compelling and coherent way,” Varadkar said at the launch event. “It reflects our conviction that our international reputation—our brand—is an essential part of how we build relationships and how we advance our political and economic objectives in the world. Nowhere is this work more important than here, in Washington, DC.”

Varadkar sees the world as shifting from a unipolar, post-Soviet order to a multipolar system. In consequence, the United States will likely lose some of its influence, especially if it continues to pull away from the international community, opening up opportunities to take on more significant diplomatic roles for countries that, in the past, had less political clout. These opportunities aren’t lost on Varadkar, who wants to double Ireland’s “global footprint” by 2025.

Ireland’s economy has thrived in the post-recessions years, hinting that the days of the Celtic Tiger could resurface. As such, it isn’t a stretch to see that the country, as a pro-international voice in EU-US affairs, may hold unique value in a changing international system.