How Does a Town With 37 Languages Prepare for Emergencies? 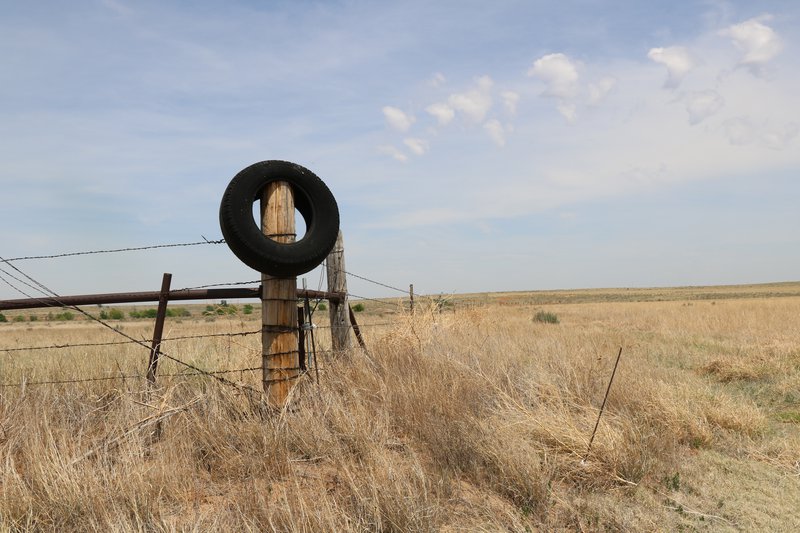 Gala Soe and his family sit on their living room floor, watching his infant daughter play with bright plastic balls on a colorful mat. Portraits of family members line the walls of their trailer.

“Because my dad, every year he tries to take a picture for a memory,” he said.

Gala Soe and his family are originally from Myanmar, members of the Karen (pronounced kuh-RIN) ethnic group. They fled persecution in their home country and spent a decade in a refugee camp in Thailand. Gala Soe said there was little work in the camp, food was scarce and the water was dirty.

“That’s why me and my family are really happy that we could come to the United States for a better life,” he said.

Gala Soe’s family originally resettled in Connecticut, and moved to Guymon after a few years to work in the Seaboard pork processing plant. Now, nearly every adult member of his family has a job there.

The family had never experienced weather extremes like those in Oklahoma’s panhandle. Winters bring single digit temperatures and the risk of blizzards, while summers are hot and dry. Wildfires are risk when it’s dry. Springtime is tornado season.

“We live in a mobile home. It’s not really safe,” Gala Soe said.

“If we have a tornado, we would probably have to go to our church because our church would be a lot safer than the house that we live in.”

Gala Soe’s parents do not prepare for potentially severe weather or other emergencies.

“We only wait for the pastor to tell us, ‘Oh, tornado is coming. Go there, do this.’”

That pastor is Mark Wescoatt, a Lutheran minister. Many Karen families in Guymon go to his church.

“If you've got an announcement on the radio or the television they wouldn't have a clue what it was,” Wescoatt said.

Clergy members fill a big role in welcoming new immigrants and refugees to Guymon. The town has fewer than 12,000 people, but 37 languages are spoken in its public school district.

Wescoatt helps Karen and other newcomers with immigration paperwork and drives them to medical appointments. He also sends messages on social media to young Karen if a bad storm is brewing or a wildfire is approaching.

“[The young people] are becoming much more social media savvy and they're able to share this with their parents,” Wescoatt said.

About 75 percent of students in Guymon Public School speak Spanish, according to Julie Edenborough, the district’s director of migrant services.

The next most common languages are Amharic and Tigrinya, from Ethiopia and Eritrea, followed by various languages spoken in Myanmar and at least seven indigenous Guatemalan languages. Students at the school represent at least seven different African countries and six countries from Asia.

“Just normal communication is complicated and I do have concerns when there are emergencies that we don't have the communication that we need,” Edenborough said.

A strong blizzard hit Guymon a few years ago, not long after the first refugees from Myanmar arrived, and some children from the country did not know schools had cancelled classes.

“They waited at the bus stop in 30 mile per hour wind with the wind chill...close to 20 below for the bus to show up,” Edenborough said.

She said the school sent messages to the English and Spanish radio stations, but that didn’t help the students from Asian or African countries. English language teachers now call each home whenever school is cancelled.

“That's kind of above and beyond the teacher's responsibility but that's all we could do,” Edenborough said.

The Art of Translation

Translating pamphlets and other documents into different languages could help the Guymon community prepare for a disaster.

Harold Tyson, the emergency manager for Guymon and Texas County, said the number of languages in the city has multiplied since he translated emergency preparedness pamphlets into Spanish a few years ago.

“I thought I was really gaining a lot. And now I got so many others that I just haven't been able to afford it,” Tyson said.

Translation is a tricky process.

“You can't just cookie cutter a message and say, 'Oh, I'll take this message in English and translate it to Somali,’” said Dennis Andrulis, a researcher at the Texas Health Institute and professor at the University of Texas Schools of Public Health.

Words can carry different meanings in different contexts and cultures.

Andrulis once gave a group presentation on HIV/AIDS prevention to a Hasidic Jewish community in Brooklyn. The materials were translated into Hebrew but local rabbis found them offensive.

For some of Guymon’s non-English speakers, emergency preparedness messages are working. Carmen Flores, a mother originally from Chihuahua, Mexico, has an emergency plan. She guards all of her family’s important paperwork and a change of clothes in a safe place. Every member of the family knows to go to the Catholic church’s shelter in case of tornado. She reads weather forecast on the internet, or hears about potential storms from the Catholic priest.

And she hears about preparedness from her children.

“Our kids will come home and tell us what their teachers taught them, what we should do and what we shouldn’t do in case of a tornado,” Flores said in Spanish.

“Because that something that, for us, we have never experienced.

Support for this article was provided by the Weather Eye Award, an award given to distinguished local reporters by RiseLocal, a project of New America’s National Network. This article was originally published by KGOU.