How Do You Love What You May Soon Lose? 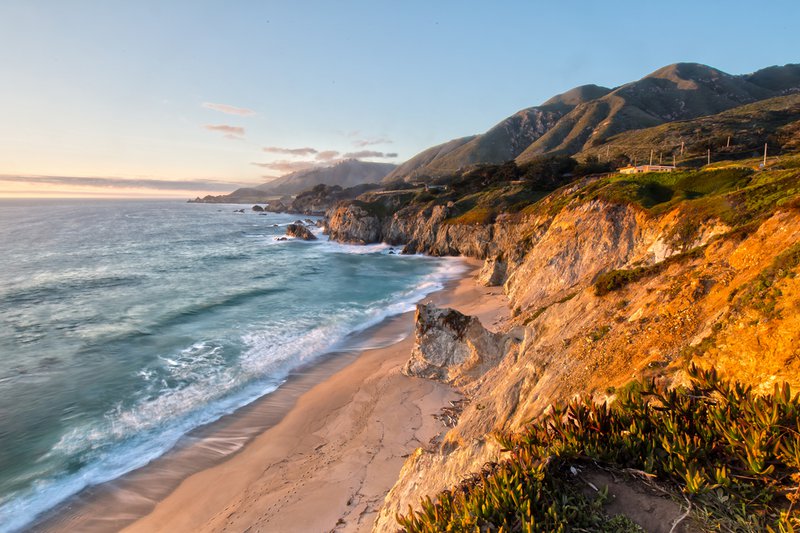 This article originally appeared in New America Weekly on Feb. 14, 2019.

When my wife and I learned that I was miscarrying, we drove to the ocean. We walked by the water and let the grief rock out of us to the beat of our steps, to the beat of the waves.

Half a year later, I was pregnant again, and just like the first time, five weeks in, the bleeding began. This time, the doctors were less certain of the cause. “We’ll just have to see what happens,” they told me. One day during those tense weeks, I went to the ocean again. The weather was cool and gray; in the sand were beautiful shells and stones. In the water was something I’d never seen before—a dark, shiny porpoise that would surface and sink and surface again. I talked to my baby. “If you stay,” I said, “I’ll show you all of this. If you stay, I’ll show you this incredible world.” And this baby did stay. Eight months later, my son was born.

Now, as my child practices his first steps, I’m worried about the world I promised him. Recently, for instance, Californians received news that our population of famed monarch butterflies has plummeted. And of course, there’s last fall’s climate change report that essentially said, as someone flippantly put it to me, that we have a decade left. That’s the span of my son’s childhood. Less, actually.

Much of the time, when my kid toddles into the room, I involuntarily stop whatever I’m doing and grin at him. I love him wholly, with a vulnerability that, when I stop to think about it, feels almost ridiculous. Because the best-case scenario—the one I hope for—is that he’ll grow into a successful adult and leave me. Looming behind that, though, are the specters of things that could snatch him in scarier ways: illness, addiction, an accident. The reality, of course, is that over the course of my son’s life, there’s little of his thriving and safety that I can truly control.

These days, loving the planet feels similar: a foolish attachment in the face of staggering and imminent loss. I often find myself wondering: How do I love what I may soon lose?

Importantly, it reveals my immense privilege that this feeling—love as a danger—is so new to me. In my almost four decades of life, I haven’t had to worry about family members being taken from me because of police violence or by ICE raids. My family’s relative privilege has also largely protected me from life-threatening illness, from incarceration, from the innumerable tragedies that break hearts every day.

In addition, until recently, I had the privilege of being willfully ignorant of climate change. Pretending that a warming world wouldn’t affect the people I love required both a desperate suspension of logic and a purposeful hardening of the heart. When a days-long downpour led to a falling tree that killed an unhoused person in my neighborhood, my first thought was, “Well, I can make sure that my son never lives next to a freeway.”

Though, of course, I can’t. Not really. Or else all parents would. Just like there wasn’t much I could do that smoky night during the Camp Fire, when Northern California’s air quality was rated the worst in the world and I woke to my son’s labored breathing. The air purifier in his room couldn’t fully protect him then, either.

So what do we do? How do we love—our children, the planet they’ll inherit—when the threat is so real?

Like many people, I’ve been reading a lot of work by the poet Mary Oliver, who died last year. In particular, I’ve been re-visiting what she had to say about endings. And in response to the aforementioned question, I think that she’d have two things to say.

The first: “My work is loving the world … / Let me / keep my mind on what matters / which is my work / which is mostly standing still and learning to be astonished.”

Put differently, we don’t get to choose whether to love our kids. We love them because we’re wired that way. Because it’s our work. We love them because it helps us achieve that elusive sense of connection to the universe, a feeling that you can also sometimes catch when you’re peering down at a carpet of evergreens from the top of a peak, or when you’re standing at the edge of the water next to thunderously crashing surf.

We’ll hold the precious things of the Earth gently, while we still have them—not to prevent them from breaking, but because we know that, eventually, they will.

We love our kids like we’ll have them forever, though we know that we won’t. We cherish the moments we can: resist the pull of technology and to-do lists, get down on the floor and play with them, hold them as they fall asleep.

Maybe this is also what I’ll teach my son about loving the planet. We’ll go to the ocean and stand before it, astonished. We’ll hold the precious things of the Earth gently, while we still have them—not to prevent them from breaking, but because we know that, eventually, they will.

And the second thing from Oliver: “I tell you this / to break your heart / by which I mean only / that it break open and never close again / to the rest of the world.”

Here, Oliver acknowledges that the abundance of suffering in the world can lead many of us to narrow the scope of our care to just a few people. For some, the nucleus of this care is their families. The wind outside may howl, we think, but if we can build our little house and lock the doors tightly and huddle closely together, we’ll be okay.

Central to this line of thinking is the fallacy of control: that our actions—including stockpiling resources for only our loved ones—can shield us from harm. Climate change is one thing that upends this belief. While those without money and power will suffer more than those who have them, the truth is that nobody is really safe.

Indeed, this is the terror of climate change. But it may also be its promise, ushering people like me into the sense of existential vulnerability that many have known for a long time. This vulnerability demands that we expand our circle of empathy—reevaluate who merits our love and, in turn, our care. It means acknowledging that, in some ways, people dying of air pollution in a seemingly faraway land aren’t so different from the man who lived next to the highway, or from my son who has trouble breathing when there are wildfires.

So my family will follow Oliver’s advice: We’ll witness the beauty of what we have while it’s ours, and act to protect and repair where it’s possible to do so. We’ll also choose to look at loss head-on, because telling the truth, even when it’s scary, is part of loving, too.