How Conservatives and Progressives Will Work Together Next Year 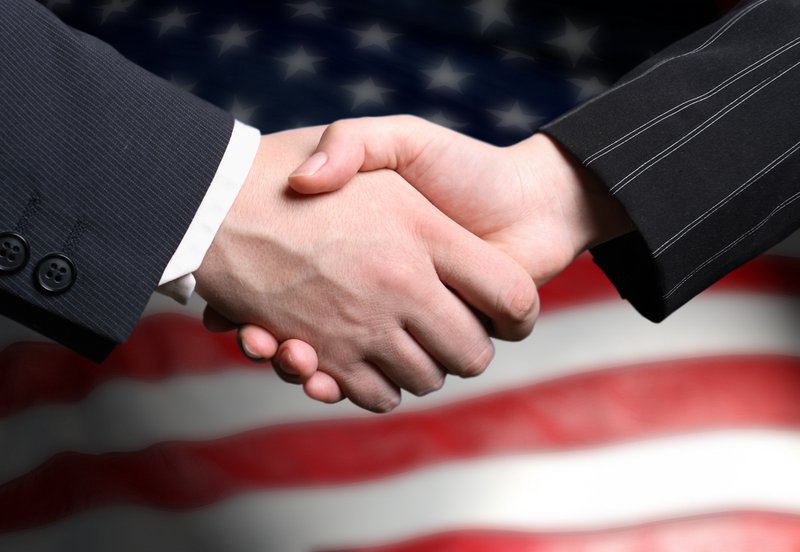 After the election, we are likely to continue to have a divided government. That most likely means more gridlock. So the question is: What will policymaking look like beyond 2017?

Some are quick to point out that given the heightened partisanship and the rise of issue polarization, the new administration will have a tremendously hard time advancing any legislation, and that Americans are likely to see very little getting done as animosity trumps either side’s agenda.

But things may be better than they look.

Contrary to what headlines might lead us to believe, policy change is happening at local and national levels. Republicans and Democrats are working together and finding common ground. Unexpected coalitions are forming around criminal justice reform. Evangelicals and liberals have come together to talk about issues of climate change and climate care. New ideas are finding their way into the system and new paths of policy entrepreneurship and compromise are emerging to replace outdated policies and structures.

This new model of policymaking is called transpartisanship.

Transpartisanship, as a strategy, challenges the traditional understanding that, to create successful coalitions, political elites ought to meet at the center to find a compromise, which sometimes means giving up fundamental ideological positions on issues. Which is fine in theory, but, as Grover Norquist said, “More often than not, the bipartisan compromise is exactly what we have now: gridlock.” And, where bipartisanship is the model, we do have gridlock. But so, too, do we have transpartisanship. Unlike traditional bipartisan coalitions, which begin in the center, transpartisanship means that new policy ideas emerge instead from unlikely corners of the right or left and find allies on the other side, who come to the same idea from different worldviews. Both sides are willing to work together because of their strong ideologies, and not despite them. Consider, for example, the case of criminal justice reform, in which liberals who wanted to break the cycles of inequality that have arisen from the prison-industrial complex and libertarians who wanted to spend less were able to work together—without compromising in the slightest.

The New Models of Policy Change project at New America studied this and other examples as a new approach to advocacy, and produced four case studies that identified the circumstances and issues under which this approach can flourish, as well as those under which it falls short.

After looking at how transpartisanship did and didn’t work when applied to criminal justice reform, referenced above; Pentagon spending reduction, in which liberals and libertarians were similarly able to work together; climate change and climate care, which proved less successful; and opposition to Common Core education standards, which failed to understand the ways in which transpartisan projects must speak to all ideologies involved, the project identified some tools that can equip think tankers, advocates, and civic entrepreneurs alike for a world in which more and more of our policy must cross partisan, cultural, professional, and other divides.

Here are some of the learned lessons:

Issues can and do become less polarized. This can happen if a common policy solution is presented with ideological legitimacy for the left and right alike so that neither side is made to feel that it’s compromising its core beliefs—and both sides can feel good about the work that they’re doing and the people they’re serving. This is exactly what the coalition for criminal justice reform (the most successful of all the coalitions we studied) managed to achieve, successfully involving both stalwarts of the right such as the Koch brothers and left-wing luminaries such as Van Jones. Liberals and conservatives advocated for reform based on different ideological principles. Liberals viewed “mass incarceration” as a product of structural racism and crony capitalism and emphasized the disadvantaged conditions of most offenders. Conservatives saw the expansion of prisons as a case of big government run amok and stressed the potential for offenders to be spiritually redeemed. Both sides arrived at the same conclusion, but through different ideologies. Neither worked to discredit the other’s reasons for doing the work that both agreed needed to get done.

Agents of transpartisanship must take time to understand where a proposal fits in the political landscape of both parties. Advocates ought to understand which ideological or political base their proposal helps or hurts, and what aspects of party discipline it may threaten. This kind of analysis may uncover possibilities for transpartisan alliances (as was the case for criminal justice reform and Pentagon spending reduction). It may also highlight the long-term challenge of finding political champions for an idea. It is also vital for existing coalitions, as it prevents unwelcome surprises of the sort experienced by pro-Common Core reformers, who, by neglecting to consider how their cause fit into all parties’ broader ideological narratives, failed to anticipate how a narrative around educational standards would stir hostility on the right.

Outsider coalitions are likely to struggle to implement new policies, but they still pose a potent and under-appreciated threat to existing policies and longstanding bipartisan coalitions. The Pentagon budget case study is an example of this. It successfully capitalized on a unique political shift (the lessening of strong GOP pro-defense voting through the advent of “Tea Party” conservatives who attacked spending and refused to follow party elders’ discipline) that enabled a never-before-seen change in spending trajectory through the automatic federal budget cuts that became known as “sequester.” The coalition built an advocacy alliance out of the left-right policy community of unlikely partners that used political savvy and policy expertise to persuade and reassure lawmakers that supporting the legislation to cut spending would benefit the US fiscal health, while also keeping in mind their constituents and political supporters interests in mind.

At both the state and federal level, personal relationships are still the grease that allows the coalitions’ wheels to move—and their absence can make everything stop moving. Transpartisan methods can be a tool to rebuilding relationships in an era of gridlock and oppositional politics. Coalitions whose members took time to get to know and trust each other stayed together (criminal justice reform, the Pentagon budget coalition), while those that had not (anti-Common Core Standards, and, to a certain degree, the evangelical climate care movement) splintered.

Nationally, but especially at local levels, a flood of experiments aimed at devising work-arounds to move new policies, defend existing ones, or simply re-open lines of communication are happening. Some are more successful than others. But what’s important to understand is that this is the future of American policymaking. As Michael Ostrolenk, who was instrumental for his work in the Pentagon spending coalition, noted, "Transpartisanship is the next evolution in our collective decision-making capability and needs to be fully embraced."

The current election cycle is not going to spin forever, and 2017 is just around the corner. Policymakers, advocates, think tankers, funders, and citizens inside and outside the Beltway have two choices: They can adopt a defeatist posture, throw their arms up, and accept that gridlock is the new norm, or they can adopt a curious, entrepreneurial, and transpartisan approach to building coalitions that can and do get things done.

The best choice seems pretty obvious. And this means that there are real reasons to be optimistic about what American democracy in 2017 and beyond can look like.