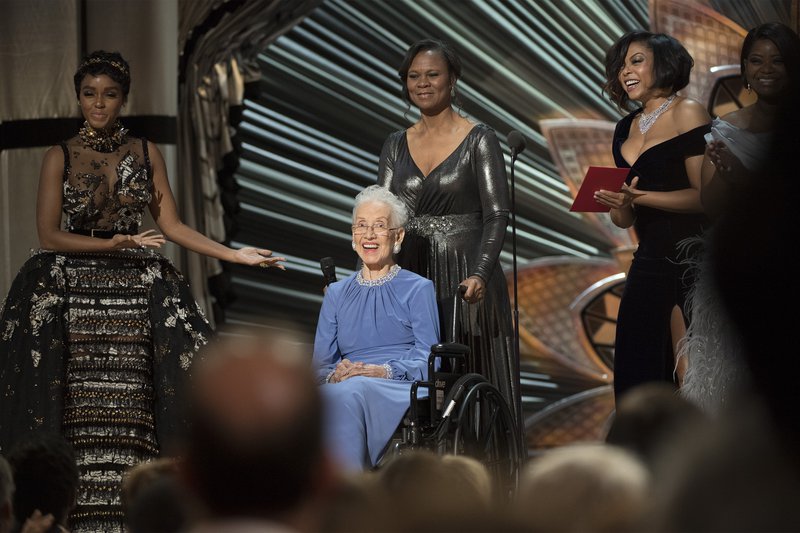 Hidden Figures is the story of three black women—bona fide geniuses in the fields of mathematics, physics, and engineering—who were instrumental in the 1960s-era Space Race. The  stories of Katherine Johnson, Dorothy Vaughan, and Mary Jackson unfolded during a time when few understood—let alone believed—that black women could help put the first American in space, in large part because Jim Crow—and not ability—often stood in the way of black Americans’ quest to make history. Katherine, Dorothy, and Mary’s time at NASA broke racial and gender barriers for black women with a talent for science, technology, engineering, and math, or STEM. Hidden from the world for far too long, these women’s stories are hidden no more.

Yet this story lays bare a persevering disparity: The number of black women who study STEM is, still, far from where it should be, a grim reality reflected in the paltry number of black women with advanced degrees in STEM fields. As a result, the United States has, in recent years, doubled down on its commitment to ensure that historically underrepresented students—people like Katherine, Dorothy, and Mary—have the chance to study and succeed in STEM.

Where’s one place to start? On campuses.

Colleges hope that creatively using data—through predictive analytics—will help them pinpoint the potential of every student before it’s too late. In other words, this means finding patterns in a college’s data that can give them an idea of what might occur in the future based on what occurred in the past. The goal is to ramp up the odds of student achievement. Georgia State University, for example, closed the achievement gap for low-income and minority students by using data to identify and support—at the right time—students who may have struggled and failed without it.

Yet as promising as predictive analytics may be, trouble may also lie ahead. A college’s historical data should be used to change the future, not repeat the past. Colleges need to focus on using these tools ethically to avoid disastrous pitfalls, like unintentionally perpetuating bias and inequity. As colleges try to predict students’ potential, it is critical that information about students isn’t used to tie their academic promise to their color, gender, or financial circumstances.

This week, Iris Palmer and I released Predictive Analytics in Higher Education: Five Guiding Practices for Ethical Use, a new framework for helping colleges weigh ethics when using predictive analytics. The framework explores five key areas that can help ensure responsible use of data and algorithms on campus. If adopted, colleges will be well on their way to creating more students like the women portrayed in Hidden Figures. In fact, using predictive analytics ethically can prevent colleges from repeating history, by ensuring that the Katherines, Dorothys, and Marys of the future can be identified and supported.

As colleges continue to make use of data about students and their institution, they should consider these five elements: a clear vision, strong institutional support, sound data use, fair algorithms, and careful interventions. To accomplish these, colleges may have to look no further than the lessons from Hidden Figures.

Hidden Figures illustrates what happened when black women were propelled by a single vision to put the first American in space. However, a lack of a clear plan for how to achieve that vision can heighten the temptation to do anything. A college that has plans for its vision can help decrease the chances that predictive analytics will be used for any (and all) purposes. Lack of direction can not only stall progress, but it can also allow room for more unethical uses to take root, such as supporting barring admission to low-income students.

Katherine, Dorothy, and Mary had the support of close friends, family, and each other to steel them in their demand to be taken seriously as NASA computers (what female mathematicians were called back then). Predictive analytics can only be used ethically if it’s adequately supported by the staff, resources, and tools that an institution has at its disposal.

As mathematicians, physicists, and engineers, the women of Hidden Figures understood the key to launching the first American astronaut in space was numbers—knowing them inside and out. Predictive analytics work in a similar fashion. A college’s staff should intimately know their data and how to use it to solve recruitment and graduation problems specific to their campus.

Katherine worked tirelessly to solve the equation that would make space travel safe. Not just any equation—but only the correct one—would work. Similarly, predictive analytics only function properly with the right models and algorithms. It’s crucial that colleges know and can prove that their models and algorithms are effective, as well as safe (and fair) for every student, not just to some. The equation that helped the first American orbit Earth could be used over and over again, allowing anyone to make the perilous journey safely.

One of the most intense scenes in the film is when astronaut John Glenn orbits the Earth, becoming the first American to do so. For a brief moment during his trip, the team at NASA lost the ability to communicate with him. On edge about what may have happened to John, the team quickly realizes how important it is to stay calm. Likewise, it’s essential that colleges carefully intervene, based on what they learn from predictive analytics, and maintain a positive attitude. At times, an advisor or faculty member may have to have challenging conversations with students about, say, their academic progress. However, a positive outlook should remain at the center of these conversations. It can make all the difference between whether a student decides to press on—or quit.

Hidden Figures is ultimately a story about excellence, breaking down barriers, and triumph. Used ethically, predictive analytics can—and should—be all of those things, too.