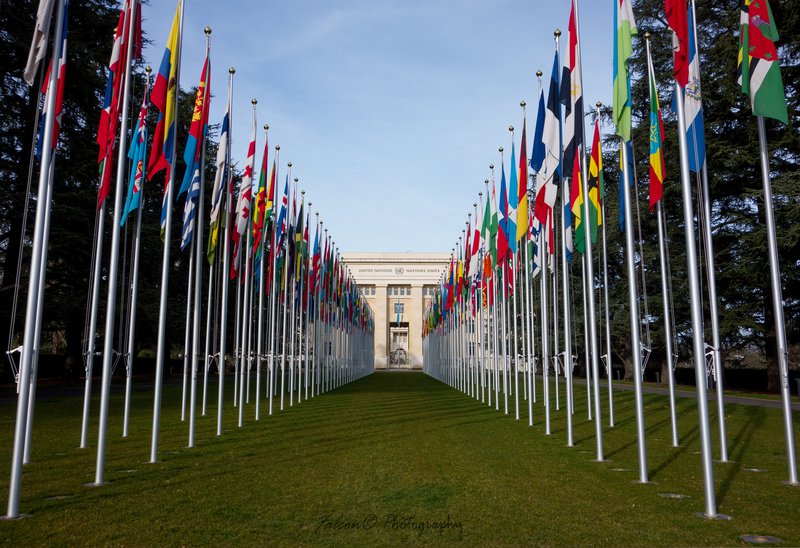 Amid heightened concerns about the future of liberal democracies and the rapidly shifting international world order, it’s easy to miss a persistent pattern: Conversations on these issues, especially at the higher levels, still happen largely between men—to everyone’s detriment.

Just look at last month’s Munich Security Conference. It’s the largest, and arguably most important, security conference of its kind. Yet 80 percent of the speakers were male, and only two out of the twelve panel discussions featured more than one female speaker.

This problem is not a new one, nor is it unique to security conferences. Despite significant strides over the past two decades, US foreign policy and national security circles also remain overwhelmingly white and overwhelmingly male. The likes of Susan Rice, Samantha Power, and Condoleezza Rice may seem to tell a different story. During the Obama administration, record numbers of women held senior national security and foreign policy positions. However, the fact that a select number of women have reached highly visible leadership roles has not solved the problem of systemic underrepresentation.

A few more examples to drive this point home. A group of scholars recently identified and surveyed 500 leaders working for US (governmental and nongovernmental) institutions specializing in foreign policy—and found that their sample was 80 percent male. Of the 177 senior officials currently listed on the US Department of State website, only 33 percent are female. In the Department of Defense, the imbalance is even starker: Women make up 12 percent of active senior defense officials. On Capitol Hill, women outnumber men in the role of staff assistants, but their numbers decline quickly as they rise in the ranks. Men also still dominate senior management roles at DC think tanks: Thirteen of the fifteen top-ranked US foreign policy and international affairs think tanks are currently led by men. Media coverage of foreign policy and national security issues mirrors these patterns. According to Media Matters for America, less than one in four national security and foreign affairs experts featured on Sunday and weekday shows in 2015 were women.

Why does this matter, you’re probably thinking?

On a basic level, representation is an issue of fairness. Women should be hired, promoted, and invited when they are qualified and capable of doing the job—not because they bring anything “special” to foreign policy and national security discussions. Moreover, US foreign policy discussions benefit from having a wide diversity of perspectives at the table. The fact that women drop out, fail to advance, or perhaps choose not to enter the foreign policy field limits the candidate pool for leadership positions, leading to the loss of valuable talent and expertise.

But that’s not all. Recent political science research underscores the gender dimensions of pressing national security challenges. For example, new evidence from the Geneva Graduate Institute’s Broadening Participation Project shows that women’s meaningful inclusion in peace negotiations increased the chances of reaching and successfully implementing an agreement. Other scholars have found that women’s social status is often the best predictor of a state’s stability. Gender is crucial to understanding the recruitment strategies and violent tactics of rebel groups such as Boko Haram, as well as patterns of infection and death during the Ebola crisis.

The survey of 500 foreign policy leaders referenced above suggests that female policymakers and experts, on average, tend to be more familiar with these findings, think about how policies affect women and men differently, and take women’s experiences seriously. For example, only 28 percent of male national security experts considered gender equality an important foreign-policy goal—compared to 45 percent of women. Female experts were also much more likely to highlight the need to understand how security issues—including conflict resolution, terrorism, and countering violent extremism—affect men and women differently. These findings underscore not only the importance of women’s participation in national security debates, but also the need for greater attention to gender among male policymakers.

In other words, as long as certain issues are coded and dismissed as “women’s issues” while comprehensive gender analysis is sidelined from “hard” security discussions, we risk missing important empirical insights.

There are also broader reasons why increasing representation matters. Studies indicate that only once women achieve critical mass—typically between 20 and 30 percent—within an organization or group can they start forming coalitions and mutual support networks and slowly begin changing the overall culture of the workplace to make it less hostile to women. The underrepresentation of women also reinforces negative stereotypes about the appropriate social roles women should play and strengthens prevailing biases about what “power,” “expertise,” and “credibility” look like, particularly in male-dominated fields.

This can result in a vicious cycle: The lack of visible and relatable role models may discourage younger women and girls from entering the field, thereby perpetuating existing inequalities.

It hasn’t been all bleak, of course. Over the past several years, these imbalances have received greater attention (see here, here and here)—particularly given increasing pushback against “all-male panels” in policy discussions as well as academia. And new initiatives such as Women Also Know Stuff and Foreign Policy Interrupted are helping to raise the profile of female foreign policy experts.

Still, there’s much work yet to be done, and the slow pace of change and the fact that women still seem to get stuck in mid-level management positions suggest that systemic barriers have far from disappeared. As Sarah Kendzior wisely points out, it is crucial to recognize that income, rather than gender, remains the steepest barrier to a career in international affairs, and radically limits the pool of people who enter the field to begin with. This means that the women who do advance in the field tend to be overwhelmingly white and from relatively privileged socioeconomic backgrounds.

With a new presidential cabinet in place that is richer, whiter, and more male than any of its recent predecessors, it is crucial to emphasize why equality in representation matters—and how we’re all better off, and safer, if we extinguish this gender gap.