In Government We Trust? 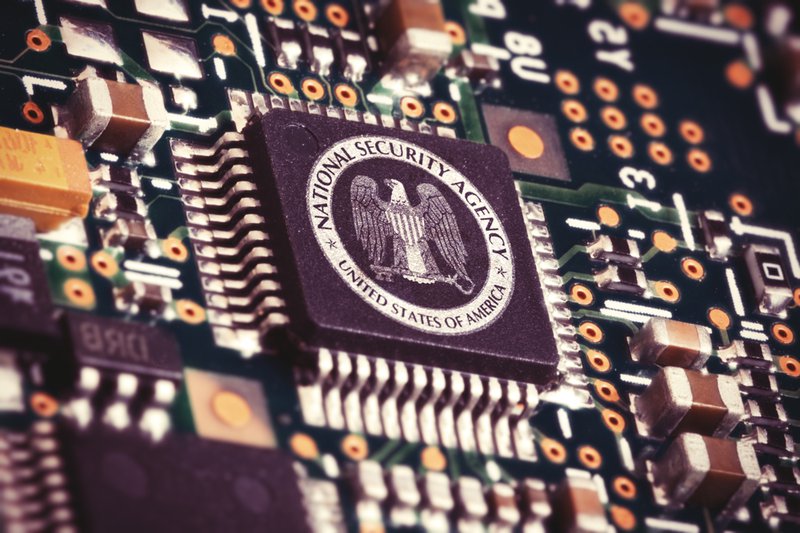 Security is not about whether we build a wall; it's about controlling our impulse to build it too high or let the government decide on our behalf.  The size of the American national security infrastructure has grown rapidly since the attacks on the World Trade Center on September 11, 2001. Since then, we have established the Department of Homeland Security and expanded the authority of the National Security Agency (NSA), Federal Bureau of Intelligence (FBI), and the Foreign Intelligence Surveillance (FISA) Court.

In her new book, Rogue Justice: The Making of the Security State, Dr. Karen Greenberg, Director of the Center on National Security at Fordham University, turns her attention to these new tools for ensuring our national security. The book, which she discussed with Peter Bergen, Vice President and Director of the International Security Program at a recent New America event, traces the growth and development of these organizations’ power following September 11, 2001.

The result of this growth, in Greenberg’s view, is a fundamental affront to civil liberty and justice. Greenberg described how, in order to fight the war on terror, these organizations have routinely minimized the role of “staples of American democracy” like transparency and due process. “Politicians, lawyers, and bureaucrats had been working hard to counter the terrorist threat by going right to the edge of the law,” she wrote. “And, when the law proved too restrictive, by massaging its boundaries to include the measures they wanted to take.” These new methods of counterterrorism, willingly accepted and employed by several government agencies, have gone beyond what we would once have considered unthinkable.

According to Greenberg, this is a sign that our legal system has given into rogue justice—an acceptance and endorsement of policies antithetical to the aforementioned staples of democracy that, once adapted, make us unable to question our methods for keeping ourselves safe as robustly as is necessary in a free society.

At the event itself, Greenberg pointed to the Guantanamo Bay detention camp as an illustration of the ills of rogue justice. “Guantanamo has been a mistake on so many levels,” Greenberg said. A large part of this is due to the fact that many of the people currently there have already been cleared for release, as Bergen pointed out. But beyond this, Greenberg estimates that between 20 to 30 prisoners at Guantanamo have been deemed “too dangerous to transfer, but not feasible for prosecution,” in the words of Daniel Freid, President Obama’s former special envoy on closing Guantanamo. According to reporting by The Guardian, these prisoners include those who have been tortured to such an extent that they cannot be prosecuted under fair legal process.

Greenberg believes that closing Guantanamo is a top priority for ending rogue justice. This is not just because she believes it’s bad policy to keep the world’s most dangerous terrorist in one place. And it’s not because closing Guantanamo would actually end the suspension of legal values ingrained in American democracy. In fact, even if Guantanamo is closed, because of the countless human rights violations perpetrated against them in the confines of the prison, these 20 to 30 prisoners are unlikely to receive due process, and would probably remain in a state of indefinite detention. It seems that rogue justice, at least in this instance, necessitates more rogue justice. Though closing Guantanamo is not a singularly significant enough action to end all rogue justice policies, it is an important step to curbing their perpetuating cycle.

And so, too, might closing Guantanamo force the issue of rogue justice—and a discussion on it—onto American shores. According to Greenberg, a big obstacle to addressing these kinds of problems is public awareness. The justification and implementation of rogue justice policies is shrouded in secrecy. Government agencies have amassed huge amounts of power without the knowledge of the American people. Using the FISA Courts, for instance, government agencies like the Federal Bureau of Intelligence (FBI) and the NSA can “essentially have a general warrant, rather than a specific warrant, for foreign intelligence surveillance,” Greenberg said. The court grants these agencies the authority to collect bulk data from all individuals within a certain category, say people who have placed several calls to any given country, all in secret. The terms of individual cases are classified, which prevents public engagement in the dialogue surrounding personal privacy.  For this reason alone, Greenberg counts the actions of Edward Snowden as heroic. If nothing else, he renewed the conversation about the connection between privacy and national security and when, why, and with what we should trust our government.

National security officials in the American government generally responded to these revelations by highlighting their good intentions. Greenberg spoke about the many members of the Bush administration she interviewed, each of whom was convinced that these encroaches on privacy, due process, and transparency were necessary to ensure our national security.

In doing this, these administrators have implemented what Greenberg refers to as a “trust me” state. In this kind of system, officials in the government can exert its power freely. And when their actions come under any kind of scrutiny, they can simply say something to the effect of, “if you knew what I knew, you would do the same thing.”

That premise may indeed be true. It might be that if we knew all the reasons behind each drone strike the government has used against its own citizens and foreign nations in countries in the Middle East, we might agree that they were justified. But that does not immediately mean that the tactics by which the information was gathered is justified. Furthermore, it’s not clear whether these rogue justice policies are actually making us, as a nation, any safer. Since last December, 63 people have died in two instances of domestic terrorism committed by people who had been radicalized on the internet. And further still, the reality is that we cannot not all agree that the policies are justified, because we do not have all of the information. We haven’t been given it.

The ultimate conclusion that Greenberg makes is that at a certain point, a system of policies that both infringes on democratic values and is ineffective must be scrutinized and potentially abandoned.  Reforming and replacing rogue justice policies would create a government worthy of our trust, not one that simply says “trust me.”