How Far Has Germany Actually Moved to the Right? 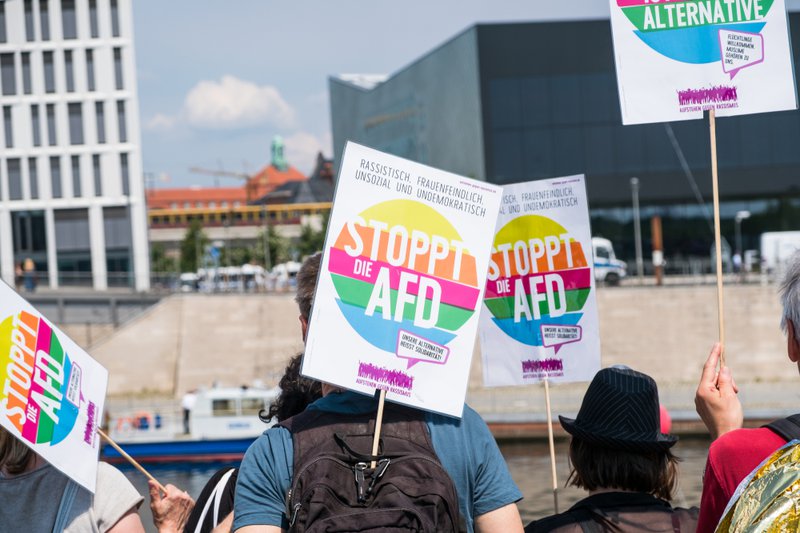 Perhaps the most popular story of German politics today is the meteoric rise of the right-wing Alternative for Germany (AfD), which after its performance in last week’s election in the German state of Hesse has done what once seemed impossible: gained representation in all of the country’s 16 regional parliaments.

Indeed, despite the AfD’s minority appeal—the party’s blatant ethnic nationalism has appalled most Germans, though it’s delighted many others—it’s captured extensive media attention, voters, and power since its formation in 2013. In the process, it’s also weakened Chancellor Angela Merkel’s influence on politics, with Merkel recently delivering the surprise announcement that she’s stepping down as the chief of her party, the Christian Democratic Union (CDU), and that she won’t seek re-election in 2021.

But is the AfD really a cancer that spells the end of German democracy, as some might fear? There’s no doubt that the AfD has already had a lasting effect on German politics: Its success in the federal election in 2017 made it the first far-right party to enter the Bundestag since the end of World War II, it’s currently the official opposition party in Parliament, and it played a key role in handing the Bavarian Christian Social Union its worst electoral results since 1950. And yet, on closer examination of voting trends in German politics, the AfD’s sudden and widespread success doesn’t actually mark a surging nationalist tide in the way many people seem to think.

The AfD has, in crucial ways, disrupted Germany’s political landscape, but it’s neither a harbinger of doom nor a signal that Germans are becoming more xenophobic. Instead, the AfD looks more threatening than it really is because it’s a media-friendly umbrella party for right-wingers. It serves as a focal point for journalists and racists alike, allowing it to secure attention and draw an undue share of both printer’s ink and sincere concern.

Think of it like the man behind the curtain in The Wizard of Oz: As with the film’s titular character, once the veil is pulled away from the AfD, it becomes apparent that though the AfD matters and is going to continue to shape German politics, it’s not worth the extent of the fear and coverage it’s gotten so far. This is largely because its success rests not on a rightward shift in German societal attitudes, but rather on political support from former non-voters and other individuals who were previously reluctant to express their racist preferences publicly.

Ironically, the rise of the AfD, a party usually seen as a threat to German democracy, is thanks partly to its knack for accomplishing something that’s generally seen as a positive for democracy: boosting turnout among habitual non-voters.

Put simply, the AfD is successful in large part because of its ability to mobilize habitual non-voters. Though free and fair elections are a cornerstone of democracy, voting is usually not mandatory in most countries, meaning that in every election, a large segment of the population decides to stay home instead of vote. Non-voters are in the minority in Germany, but since reunification, they’ve still constituted between 18 and 30 percent of the voting landscape, indicating that there are millions of German citizens who could vote but choose not to. Ironically, the rise of the AfD, a party usually seen as a threat to German democracy, is thanks partly to its knack for accomplishing something that’s generally seen as a positive for democracy: boosting turnout among habitual non-voters.

Let’s take a closer look. In the 2013 federal election, which took place seven and a half months after the AfD was founded, the AfD drew most of its support—430,000 of its approximately 2 million votes—from citizens who’d previously voted for the economically conservative and socially liberal Free Democratic Party, with additional support from former CDU and Left Party voters as well as from 210,000 former non-voters. In the next federal election, in 2017, not only did it retain most of those 2013 voters, but, more importantly, the support it acquired just from non-voters was nearly equal to the number of votes it acquired overall in 2013. Indeed, the AfD drew 24 percent of its 2017 support—1.47 million of its 5.92 million votes—from former non-voters. The 2018 Bavarian election displayed a similar dynamic: Twenty-six percent of the AfD’s support came from individuals who didn’t vote in 2013. (The AfD didn’t run in the 2013 Bavarian election.)

This makes the AfD a clear outlier in Germany—in contrast to the AfD, every other noteworthy political party in both the 2017 federal election and the 2018 Bavarian election drew the vast majority of its electoral support from habitual voters, and generally from the same voters who supported them in the 2013 elections. In that, the AfD is an oddity of sorts: Increased voter turnout is generally thought to be “good” for democracy—after all, we usually believe that democracy is supposed to include as many citizens as possible—but the AfD has managed to increase voter turnout and cause many Germans to worry about the future of their democracy.

One popular misconception about the AfD is that it’s done well because it timed its formation to coincide with an increase in anti-Semitism and xenophobia. This isn’t the case. Polls indicate that, if anything, fewer Germans hold anti-Semitic views today than in the early 2000s, and though the number of violent anti-Semitic incidents in Germany has increased slightly since 2015, it’s still lower than at any point from 2005 to 2009. Likewise, German attitudes toward xenophobia don’t explain the AfD’s widespread success: The sheer number of right-wing crimes and violent acts has increased in recent years, but polls show that, since 2002, the level of xenophobia among the general population has remained between 26.9 percent (in 2002) and 20.4 percent (in 2016).

In that sense, the AfD’s emergence and growth shouldn’t be seen as the result of a concomitant growth in anti-Semitism and xenophobia. Neither should it be seen as an alarm that Germany, as a whole, is sliding back into the genocidal racism of the 1930s and ’40s. Rather, the AfD’s popularity is an expression of latent racism that was always present within German society. The difference isn’t the extent to which Germans support ethnic nationalist views—and, to be clear, most Germans are staunchly against anti-Semitism, Islamophobia, xenophobia, and other forms of racism—the difference is that, now, with the AfD, Germans who hold these views have a semi-respectable political party to vote for.

Prior to the emergence of the AfD, the National Democratic Party of Germany (NPD) was the main representative of extreme right viewpoints. Publicly expressing support for this party was tantamount to admitting support for neo-Nazi views, making it an unappealing political option for most Germans. Voting for the NPD was socially taboo, and its meagre vote totals reflect that. (These days, the NPD occasionally wins seats in regional parliaments, but this happens sporadically and generally only in the former East Germany, which is well known to be more xenophobic than the former West.) Voting for the AfD, on the other hand, is socially permissible—and German citizens with pre-existing racist views are taking advantage of that opportunity.

The AfD is certainly a disruptive, distasteful, and potentially dangerous party, but it’s not going to bring about the end of German democracy. Essentially, the AfD is like a precancerous mole: It’s worrying, unwanted, and unseemly, but it isn’t worth the attention it’s already gotten, and it probably won’t kill the Federal Republic.

Still, it’s best to keep an eye on it. It might grow.