Did 'Game of Thrones' Do Right by Its Female Characters? 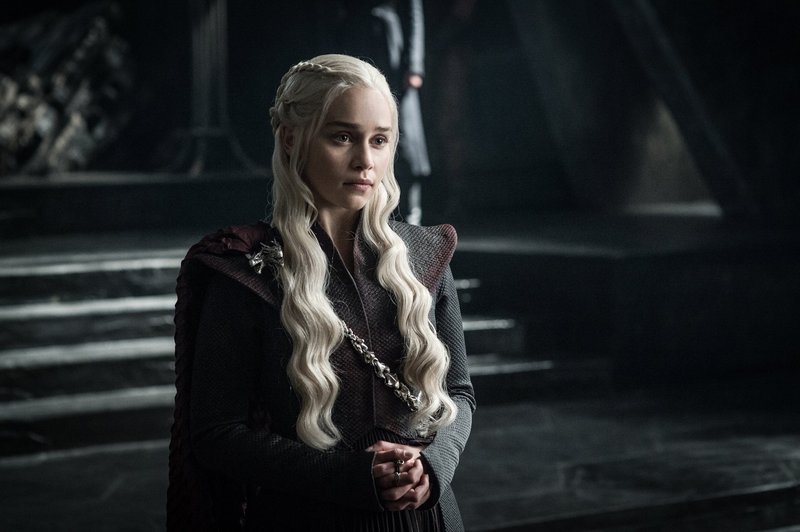 After an eight-year run, Game of Thrones, HBO’s wildly popular adaptation of George R. R. Martin’s fantasy novels, ended this week. And the division among fans over the show’s finale was fast and furious. Below, seven New America staffers weigh in on one of show’s most contentious points: its treatment of women.

Daenerys Targaryen’s evil turn upset a lot of Game of Thrones fans—they felt that making Dany go crazy at the end does a disservice to female characters and reinforces gender stereotypes. But I wasn’t too bothered by that part. The point, I felt, was to give the show’s female characters some depth and a real story arc, which I think that the show did with Dany—her ultimate descent into madness made sense to me.

On the other hand, I was disappointed with the way the show dispensed with Sansa Stark, who started off as a nothing character and became, at least to me, the most compelling character on Game of Thrones. The show should’ve given her more screen time in the final episodes, including a glimpse of the first days of her rule as Queen in the North.

Game of Thrones, for all its flaws, provided a world in which women really can be anything. Brienne of Tarth shattered the glass ceiling of knighthood; she became the first woman on the Kingsguard. Sansa Stark grew from a simpering girl into a canny leader; she became queen of the only kingdom she would ever care to rule. Arya Stark developed from a misfit tomboy to a master assassin; she killed the greatest threat to humanity in Westeros. Yara Greyjoy led the misogynistic seafaring Ironborn. Cersei Lannister fell from being a canny strategist seeking power for her family to an unhinged mass murderer, holding onto power for power’s sake. And Daenerys Targaryen rose as a protector of the innocent and lapsed into a murderer of innocents; she fell victim to her own mythology and proved that women can be tyrants, too. The finale stayed true to the character of these women. I only wish that viewers had more episodes in Seasons 7 and 8 to see them develop into the women they were always going to be.

The characters who suffered the most from the rushed and unsatisfying finale of Game of Thrones were undoubtedly the female characters. Though women often performed the season’s most memorable actions—Arya Stark killing the Night King, Daenerys Targaryen burning Kings Landing, Cersei Lannister ordering the beheading of Missandei—the complex psychological layering of characters that the show used to thrive on were absent. Because of this, some of the show’s characters—notably Dany—felt reduced to gender stereotypes (a woman suddenly becomes “crazy”).

More broadly, the problems that female characters faced in the final season were arguably the consequences of laziness and the loss of creativity within HBO’s writers’ rooms. While the final season was disappointing, it didn’t completely negate the progress created by nearly a decade of female characters’ breaking conventional norms in fantasy television. If anything, this final season was a sobering reminder that, when a show regresses to mediocrity and hasty finishes, it’s the female characters who tend to disproportionately suffer. I’m hopeful that what happened in Game of Thrones will inspire future writers to create groundbreaking stories, rather than conventional ones.

While Game of Thrones is a fictional universe, the writers created a vibrant, dangerous, and relatable world—by replicating real Western socio-political constraints and structures that uphold an elite, white, male class. The finale, in other words, did its women characters dirty because patriarchal society already denigrates women’s stories, hardships, and accomplishments.

In the end, Sansa Stark gets to rule her own libertarian paradise, Arya Stark follows her murderous Dora the Explorer bliss, Brienne of Tarth serves on the Kingsguard, and Daenerys Targaryen, ruthlessly and briefly, becomes the ruler of the Seven Kingdoms—but never sits on the Iron Throne. These were all rich conclusions to series-long character development, yet each one could have accomplished more in a theoretical world completely free from the constraints of our reality.

Rather than serving idealistic feminist platitudes, the show doubled down on painful and unequal parts of our own culture. The finale wasn’t disappointing because of how it portrayed women’s experiences—it was disappointing because it reflected the barriers women already contend with, rather than challenging them in the way it challenged identities like nobility and bloodline.

Game of Thrones drew such rich, complicated female characters over its eight seasons that the ending disappointed because it could’ve been so much more (though perhaps not fitting within George R. R. Martin’s fatalistic perspective). In the end, what irked was the idea that a Bran-bot without human desires, who’s going to spend virtually all his time dragon-hunting, was a better choice … than an actual smart, capable, talented, proven woman who would’ve cared about the well-being of the people of Westeros, i.e., Sansa Stark. As a storytelling choice, it was odd. As a political choice, it was a good analogy for how poorly American elections often treat female candidates.

A huge part of my fascination with Game of Thrones (I read all the books in the aughts, before the show even started) was precisely its feminist themes. As Hana Passen catalogues, women broke barriers for good and evil; they were by far the most fascinating protagonists as they grew, changed, and challenged themselves. As a leader, I loved it—and reveled in the idea that women could be as complex when they did evil as when they did good, as true equality requires that we see men and women equally in the round, with the full range of human motivation and calculation.

The finale, and indeed the final season, as many have pointed out, did not do justice to that character development. Even more troubling, from my point of view, was the sudden re-emergence of male rulers everywhere as Westeros settled into some kind of steady state. Brienne of Tarth is one woman on a 5-person council under a king and a male Hand. (And note the immediate return of brothel jokes.) Yara Greyjoy is one queen out of six remaining monarchs under Bran the Broken. And both of them lead in very traditional male ways.

That looks just like corporate America, where women leaders have never broken the 20-25 percent mark in management positions (and at the very top, only 6.6 percent of the Fortune 500 CEOs are women, decades after women flocked to business school in large numbers). Sansa Stark has her own queendom—she is the Sara Blakeley (billionaire CEO of Spanx) who charts her own path. And Arya Stark, the greatest warrior of all (and hence the most dangerous woman in Westeros), apparently has no place at all, but must go find another world entirely.

So when everything returns to “normal,” women are the spice, not the norm; the exception, not the rule. Numbers matter. What is most worrying is that when the writers were pushed to tie everything up much too fast, they reverted to their own subconscious norms, as the world still so often does.

The thrill of the show’s first five seasons was its humanity, in all its cruelty and generosity, but mainly its unpredictability. Death came when it came, forcing characters and the audience to recover and move on. “Chaos is a ladder,” after all. Plot, particularly a linear plot, was always secondary to the humanity of the characters and their relationships. Arya and Sansa Stark’s journeys were as unpredictable as any character in literature, but their characters earned our devotion.

But, ya gotta land the plane at some point, right? George R. R. Martin hasn’t been able to do it, but the show-runners had to. Or did they? Prioritizing plot meant character development and humanity would suffer. As so many have said, the landing points of many of the female characters were defensible, but unearned. What’s troubling, especially in 2019, is the show-writers’ clumsy attempts to bring closure to other plots suggested that their treatment of women characters was intentional, rather than a mistake made in haste. They’d have been better off just writing three more shows than they produced, and ending production in the middle of a plot, intentionally leaving us hanging. Thus, death to the show would’ve been the same as death appeared in the show, i.e., never when you want it, which is how it happens in real life. Such an ending would’ve forced us to summon our own humanity to carry on.