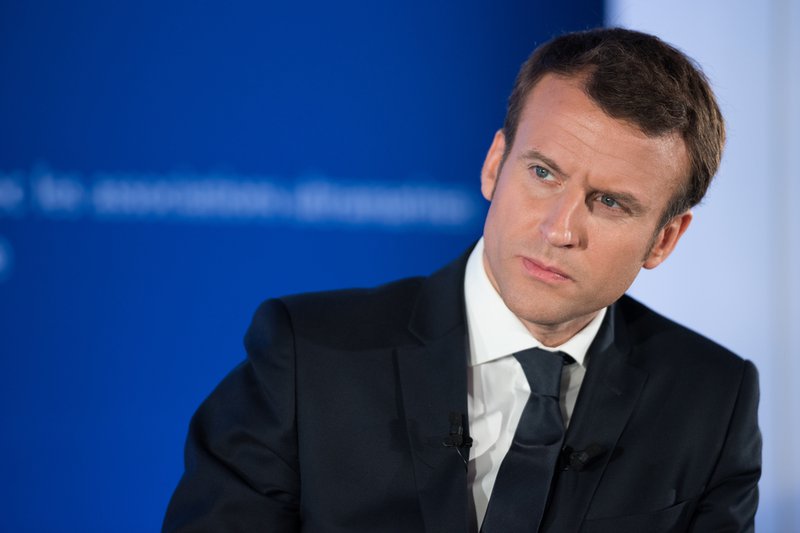 France’s presidential elections have been a whirlwind of intrigue—and surprise. The current president, François Hollande, decided not to seek election, and a number of political establishment candidates (Nicholas Sarkozy, François Fillon, Alain Juppé, and Jean-Luc Mélenchon), did not make it either to or beyond the first round of elections. Marine Le Pen, however, who took over the National Front from her father, moved the party from a marginal, ostracized space to the mainstream. Similarly, Emmanuel Macron, a political newcomer with no previously elected experience, took a movement that he started just 13 months ago to beat out the establishment in the first round of votes and become president-elect this week.

France has been actively grappling with its identity, and this election was one piece of this inward engagement. With Macron’s win, France votes “yes” to supporting a more inclusive world. But at the same time, the hyper-conservative National Front gained a momentum that may propel it to future electoral gains—and that shines a light on the growing tension bubbling around France’s reckoning with its sense of itself.

For years, the social climate in France has become more ominous regarding issues of religion and race. Capitalizing on these growing trends, the National Front supported nationalism, fear, and xenophobia as party rhetoric and expanded its political base. In 2002, the National Front’s founder—Le Pen-le père, Jean Marie Le Pen—made it to the second round of the French elections. Many French citizens were shocked that Jean Marie could make it that far. In response, mass protests erupted, and Jacques Chirac easily won and became president of France. In this case, Le Pen garnered less than 18 percent of the vote, and Chirac more than 80 percent. At that time, many argued Le Pen’s presidential rise was a fluke—that it’d be impossible for his party to ever win the French elections.

While France was still largely accommodating, the shifts in how the French view race and religion continue to divide the country.

French policy promotes assimilation, especially to secular ideals. In 2004, religious symbols were banned from French public schools. Some could argue that France has become more insular in defining who is French and how “being French” should be dictated. This ban extended to Muslim headscarves, Jewish yarmulkes, and Christian crosses. The policy created tensions with some members of these faith communities, and Muslim communities felt particularly affronted. In the aftermath of the vote, private schools, including Catholic schools, saw a rise in Muslim girl students.

Harkening back to France’s colonial era, ideas of assimilating the “other” were emphasized. Someone from Senegal, Martinique, or Vietnam, for instance, was encouraged to speak the French language and incorporate French values and aesthetics in their lives. History lessons in the colony emphasized France and Europe, and children in Africa, Asia, and the Caribbean were also taught that their ancestors were the Gauls (nos ancêtres, les Gaulois). In attempting to erase local history and culture, the goal was to create greater allegiance to France and expand French cultural mores globally as part of France’s colonial mission. Of course, this did not always work, and there was often great resistance to French attempts to acculturate others in their homelands.

Macron, the president-elect, supports a free France that maintains its engagement with the European Union and the world, and where immigrants are conceivably welcome. With his win, France will maintain its status quo, both economically and politically. If Le Pen had won, she proposed that France exit the EU and close its borders to its European neighbors and beyond. This would have damaged the French economy and social relations in the country.

Politically, however, Macron, a centrist, is untested, and his election brings some uncertainty. A large percentage of the French electorate voted against Le Pen as much as those who voted for Macron. Macron now must do the hard work of satisfying his base, improving questions about immigration and religion, while reaching out to Le Pen’s supporters throughout the country. If he is unable to succeed in appealing to these diverse demographics and fusing the gaps of France’s fragmented parts, the chances of the Front National gaining in the next elections are very likely.

France shares its growth in populist right-wing movements with a number of western countries, including the United Kingdom and the United States. The leaders of these movements have a shared interest in insulating their citizens by re-configuring trade and national borders and controlling immigrant populations. The far right movement continues to expand on both sides of the Atlantic. Front National’s Florian Philippot succinctly described their anti-globalization alternative after Donald Trump won the US election in November 2016: “Their world is collapsing. Ours is being built.” Similarly, Marine Le Pen conceded quickly after Macron was declared the winner of the French elections. In her concession speech, she vowed to dramatically reform the National Front and to create “a new political force.” Rokhaya Diallo, activist and media personality, added: “Marine Le Pen earned two times the votes of her father in 2002; there is really nothing to celebrate.”