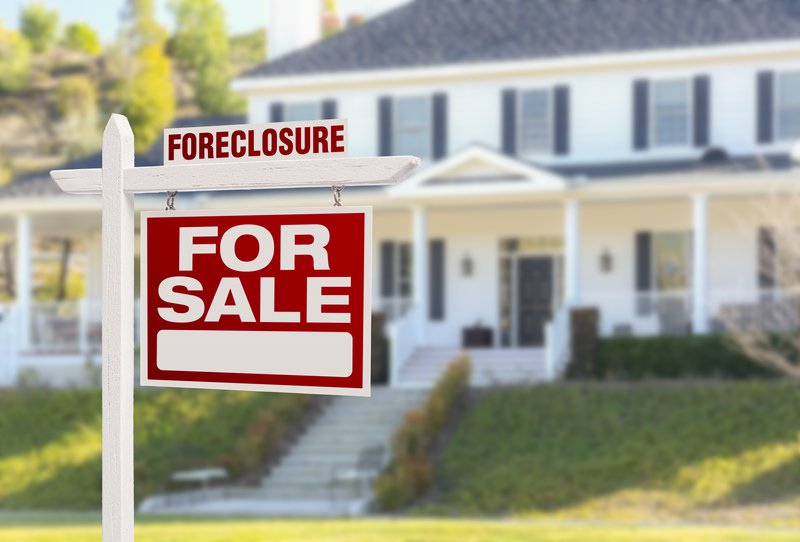 When a house is foreclosed on, the usual conversation follows the lines of faulting the individual for not being responsible and managing their money properly. But when the housing bubble burst in 2007 and hundred of thousands of families began losing their homes, it was clear that something else was at play. To put it another way: Four million households can’t all have been at fault.

But, indeed, between 2007-2011, more than four million households were foreclosed on. However, during the crisis itself, not much attention was given to the people who lived in these homes. Seeking to right this wrong, David Dayen did what any journalist would do: he wrote a book. The resulting work, Chain of Title: How Three Ordinary Americans Uncovered Wall Street’s Great Foreclosure Fraud, was the topic of discussion during a recent panel at New America where Dayen spoke to how the fraud came to be and why Congress failed to bail out homeowners.

How did the housing crisis happen in the first place? As Dayen himself explained in a recent piece for Vice, “During the housing bubble, banks bought up mortgages and packaged thousands of them at a time into [mortgage-backed securities].... The mortgages were transferred through a series of intermediaries into a trust, and the trust paid out investors with the revenue stream from homeowners’ monthly payments,” and when the market folded, a once plentiful revenue stream dried up.

Seeking to recoup their losses, financial institutions began filing foreclosure summons in courts across the country. But because many institutions failed to accurately document the chain of title, they were unable to present the proof of ownership required. Nevertheless, these institutions wanted to move forward with the foreclosures, and sought the assistance of a third party to procure the documents. The third party, overwhelmed by the sheer volume of foreclosures, forged signatures and doctored legal documents in order to keep up with demand. A lawyer in Florida noticed the discrepancies when she was presented with a foreclosure summons on her home, and then the whole racket slowly started to fall apart.

Speaking on the legal mess that ensued, panelist Julia Gordon of the National Community Stabilization Trust noted, “Homeowners were entirely left out of the bailout of the system.” While banks received money to stave off further market collapse, no such deal was made available for homeowners. Claiming bankruptcy—a common path individuals take to refinance loans if they find themselves financially insolvent—was not possible for homeowners.

Even if affected homeowners had been able to file for bankruptcy, it is likely they would have had trouble finding affordable legal assistance. While Miranda rights gave those accused of a criminal offense the right to legal counsel, no such entitlement has ever been extended to those at the receiving end of a civil case, like bankruptcy.

Brad Miller, former member of the House of Representatives and House Financial Services Committee, agreed with this assessment, but shifted the conversation towards the start of the crisis—that is, when unexpected events (loss of a job, emergency car repair, sick family member, etcetera) and low levels of emergency savings led many homeowners to default on their loans. Many of those affected had subprime loans, which were handed out like candy during the peak of the housing bubble. “In the beginning of the decade, like, eight percent of mortgages were subprime. Within just three or four years of that 28 percent were subprime,” Miller reported. People who qualified for prime mortgages were pushed into subprime loans and they didn’t even know it. They placed their faith in their broker only to later find themselves in financial ruin.

In 1994, Congress passed the Home Ownership and Equity Protection Act (HOEPA), which directed the Federal Reserve to put forth rules to address abusive mortgage practices. Alan Greenspan, Chairman of the Federal Reserve from 1987-2006, failed to reign in this industry and the rest is, quite literally, history.

As a former member of the House Financial Services Committee, Miller admitted that Congress did little to address the foreclosure crisis. He joked that many books on the crisis usually only have a few lines on congressional action. “[O]ne of them had a single sentence that said, ‘There were some efforts in Congress to restrict mortgage lending, but nothing really came of it.’ And I thought, there it is. Five years of my life summarized in one sentence.”

In 2013, years after the first foreclosures, the newly formed Consumer Financial Protection Bureau put forth the rules required by HOEPA to rein in predatory mortgage practice. But that was kind of it. Cramdown legislation that would have allowed homeowners to reduce their loan principal or change the interest rate in bankruptcy court never passed, nor was it tacked on to any of the stimulus bills.

Ultimately, it was a fear of “moral hazard” that led to large-scale government inaction. “The financial world was melting down, but homeowners lives were melting down, too. They didn’t get that same consideration,” Gordon said. Some individuals within the government believed cramdown legislation would have given rise to an increase in the strategic defaults on mortgages, which would have further hurt the economy. Nevermind that large corporations were already doing the same. And so the government did what judgmental neighbors do when a house is foreclosed on: it said it was the American homeowner’s problem.