Financial Security Should Be the Next Human Right 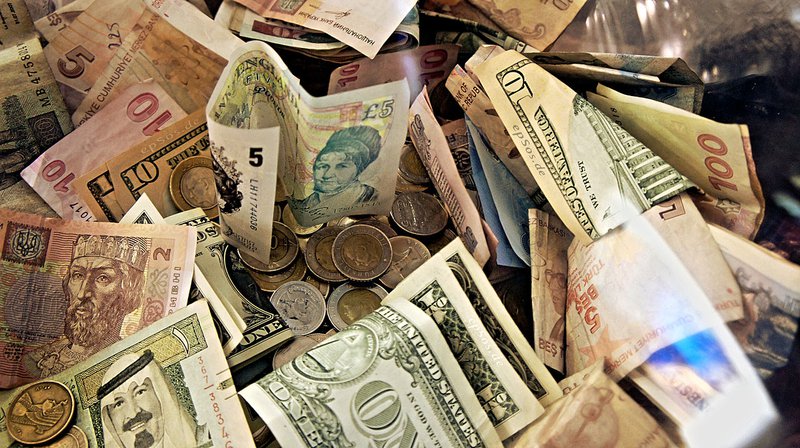 This is the final entry in our California Column, a summer series by our New America CA Fellows.

My father and mother recently moved to Colorado to live near their first grandson. They packed up all their earthly belongings in a U-Haul in Kansas and drove across the plains and into the mountains to start a new life. My father (who, it should be noted here, is a bear of a man) is an evangelical minister, but he’s always been great at fixing and building things. So when they arrived in Colorado, my father hung up his shingle as a handyman and now he’s learning how to build a business in the 21st century.

He gets some of his customers through word of mouth, but most come from a new online platform called Thumbtack, which connects people who do work with people who need work done. He loves the flexibility of his platform-enabled work, and enjoys the ability to prioritize his family. But he doesn’t have an employer who is paying into workers’ compensation or social security, nor does he have paid time off or sick days. He’s completely on his own.

According to a recent paper by economists Alan Krueger and Larry Katz, the number of workers in “alternative [employment] relationships” increased by more than half—from 10 percent of the workforce in 2005 to 15 percent of the workforce in 2015.— That’s nearly 10 million people. Put another way, new contingent jobs accounted for all the net new job growth during that time period. That number includes everyone from nannies to gardeners to highly paid freelance computer engineers to Uber drivers to my father, the self-employed handyman. How do they get paid time off? Or unemployment insurance? The answer is: they don’t.

Momentum is growing around the idea of a portable, pro-rated, and universal social safety net. A system in which each person has their own, portable benefits account that employers and platforms—like Uber and the aforementioned Thumbtack—pay into. Each person could then access their paid time off or sick leave, even if they’re changing jobs or have several jobs at once. And in the context of part-time platform work—which is growing faster than any other sector of the economy, and which is often a secondary source of income, —the contributions can be pro-rated. Many point to the Affordable Care Act as a key first step in portability, and both President Obama and Senator Warren have called for portable benefits this year.

Portable benefits help stabilize the otherwise precarious nature of 21st century work, but they would be more effective paired with universal income. Everyone, regardless of where or how they work, needs cash, be it physically or digitally distributed, to survive.

Support is growing around the idea of a Universal Basic Income (UBI)—an unconditional cash grant to everyone. It’s like passing “go” in Monopoly and getting $200 to keep playing the next round of the game. Because, in America, you have to have cash to play the game.

Most versions of the UBI have two things in common: it’s income, meaning that it’s money that doesn’t come from a paycheck. And it’s universal, meaning everyone gets it, not just those below a certain poverty line.

There are already examples of UBI at work in America. The first is in Alaska. In the 1970s, oil was discovered on Alaska’s North Slope and the state invested the profit into the Alaska Permanent Fund. Today, the fund pays a yearly dividend of between $1,000 and $3,000 to every single resident of Alaska with no conditions. The dividend is so popular that even conservatives, such as former Gov. Sarah Palin, have increased it.

And the other important example of basic income today in the U.S. is social security. Created to eliminate poverty among the elderly, it’s a monthly check that is extremely popular across both sides of aisle — prompting many to call for an expanded Social Security for all.

Automation and augmentation are poised to revolutionize the way we work. The idea of a Universal Basic Income allows us to imagine a world where we embrace the coming automation that frees us up to do what we want, or do what we need.

But we shouldn’t wait for the coming impacts of automation on the job market to start thinking about universal income. Wages and productivity went through a divorce nearly 40 years ago: economic productivity and growth went up, and American wages stayed the same or went down. And many black and brown Americans never had access to those wages, as Dorian Warren points out in his Movement for Black Lives-endorsed paper, calling for a form of targeted universalism to rectify historic racial inequity. Everyone should share in the incredible growth of the American economy, and the Universal Basic Income is one way of making that happen.

Some have called the idea of a UBI the ultimate seed capital, like entrepreneurs have for pursuing a vision. Or the ultimate strike fund, which would allow workers to walk off a job. Perhaps that’s why the idea of a Universal Basic Income is supported by legendary labor leaders like Andy Stern, nobel laureates like economist Joseph Sitglitz, and tech luminaries like Facebook co-founder Chris Hughes.

In this age of prosperity, economic security should be a fundamental human right, and portable benefits and cash may be two ways we ensure it. For people like my father, the handyman, and for the future life of the grandson he moved to Colorado to be closer to.