The FCC's Approach to Data Is (Still) a Disaster 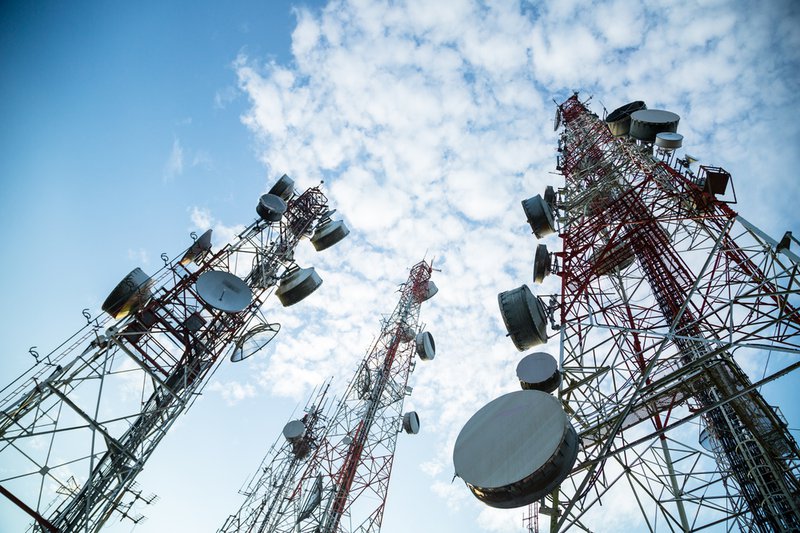 The U.S. federal government, we’ve learned by now, does a poor job of accurately studying broadband access and adoption—but it may actually get worse.

On Wednesday, the Federal Communications Commission (FCC) voted to eliminate requirements for cable operators to report information on the services they provide, including broadband speeds, the number of subscribers, and information about the equipment a particular operator provides. The FCC claims that “marketplace, operational, and technological changes have overtaken the utility” of the mandatory form (known as Form 325), and that the commission barely uses it, anyway. So just ax it, the thinking goes.

But this move reflects an ongoing struggle at the FCC with inaccurate broadband mapping due to an over-reliance on internet service providers (ISPs) to provide information on broadband deployment and availability. More specifically, this flimsy data maneuvering could exacerbate all sorts of issues: It could lead to misallocated funds for broadband development, it could undermine the ability of federal agencies to help improve deployment and adoption outcomes, and, perhaps most worryingly, it could harm the accuracy of the 2020 Census—and all the activities that depend on it.

The FCC conducts a review of the state of broadband deployment and access every year, as required by the 1996 Telecommunications Act. As part of this analysis, the FCC must determine whether high-speed broadband is being deployed to “all Americans in a reasonable and timely fashion.”

Here, accurate data is crucial. If the FCC finds that high-speed broadband is not being deployed to all Americans in the way it spells out, it must “take immediate action to accelerate deployment.” In other words, if broadband isn’t being deployed in a timely way to all Americans, the FCC is obligated to enact policies to remedy that. But without reliable data, the FCC might restrict its own ability to do what it’s supposed to do.

A continuation of the FCC’s current approach could also have negative consequences beyond the FCC—chiefly, for the 2020 Census. The Census Bureau plans to conduct its first-ever internet-based U.S. census in two years. The U.S. Postal Service will send paper forms to households without internet access. Unsurprisingly, this endeavor will require rock-solid data about which households don’t have broadband access. However, if the Census Bureau were to go by the FCC’s broadband maps, it would likely fail to identify millions of Americans. A faulty census would, in turn, warp, even undermine, a variety of important activities that rely on census data, such as Congressional reapportionment, allocating federal funding, and billion-dollar business activities and research. In a similar vein, failure to identify areas that lack broadband access could lead to communities and carriers in those areas failing to get the federal funding necessary to help boost deployment.

So, where does the FCC get its information—and how can it do so in a way that’s helpful?

The FCC currently relies on internet service providers to give broadband information through something called Form 477. This reporting requirement offers the FCC consistent data from ISPs of all types (distinguishing it from the aforementioned Form 325 cable operator requirements) about where the companies deploy broadband, and at what speeds. But on top of the fact that Form 477 comes with significant flaws that distort the reality of broadband availability and deployment, ISPs report their deployment figures to the FCC by census tract, with two large caveats.

First, to deem a census tract “served,” the ISP need only deploy broadband to one household or location in that census tract. This loophole can lead to particularly overstated deployment figures in rural areas, where census tracts tend to be much larger. A large rural tract will show up as “served” despite the fact that only one person in that tract actually has service. Second, ISPs are only required to report broadband speeds that they could potentially provide to a certain area, not the speeds that are actually experienced by consumers there.

These substantial blotches in the FCC’s methodology have resulted in inaccuracies in the past, and Form 477 data has been proven to be outright wrong in several cases. For instance, after the FCC released its 2018 Broadband Deployment Report, based on Form 477 data, the chairman of West Virginia’s broadband council said that the FCC’s statistics for West Virginians with access to broadband were “not even close to being correct.” Similarly, a small rural housing development in North Carolina recently told the FCC that AT&T reports that it delivers broadband at certain speeds through Form 477, but that “virtually no one” there actually receives those speeds. The FCC uses the data from this form as the basis for an interactive map of broadband access across the country. However, due to the flaws of Form 477, the FCC’s map has been found to overstate the broadband speeds available at certain addresses, and in some cases drastically overstate the number of internet service providers available to consumers in certain areas.

This isn’t to suggest that this kind of industry data can’t be of any value in broadband assessments, but it also shouldn’t be the only source of information. Frustratingly, the FCC has acknowledged that relying solely on ISPs’ own reports can lead to overstated broadband deployment statistics—but it continues to use the same procedure, anyway.

Looking ahead, the best way for the FCC to fact-check ISPs’ reports is to supplement that data with broadband performance data. Including performance information would help develop a solid understanding of the consumer side of broadband access, and to check if consumers are actually receiving the services ISPs claim they provide.

The FCC should also collect data on how much broadband really costs for Americans across the country. Excessive cost serves as one of the biggest—if not the biggest—barrier to broadband adoption for Americans. And yet, despite this reality, the FCC has no real understanding of how much ISPs charge for broadband and how those patterns have developed in different areas and over time.

Further, the FCC needs to clarify, through its Form 477 reporting requirements, that a census block shouldn’t be considered “served” unless it’s truly served. One or a few households with high-speed broadband shouldn’t result in the FCC deeming an entire census block as served, especially when residents there testify that it’s not.

As the expert telecommunications agency, the FCC’s review ought to be the go-to place for researchers and other federal agencies to find out who is and isn’t connected to the high-speed internet access so often needed today. But it can only do that if it knows where—and how—to look for the right data.