The End of Slacktivism? 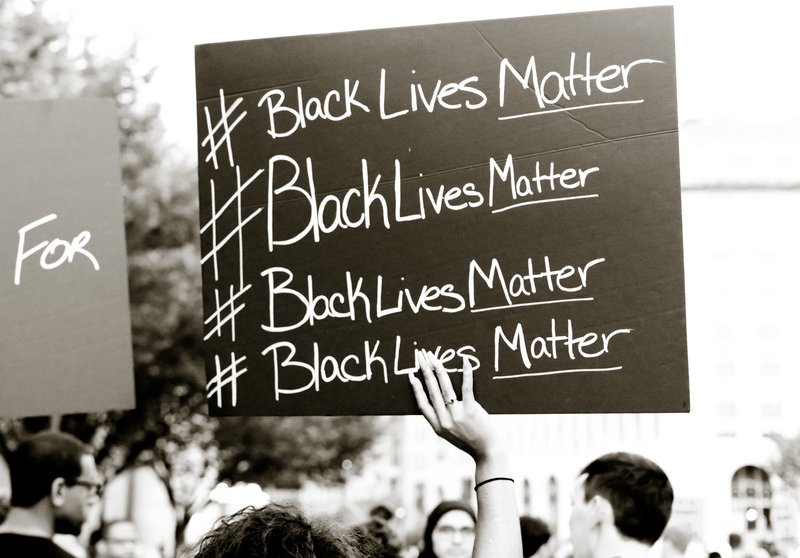 For many, social networks have infamously become outlets for proliferating ill-informed political opinions and misguided factoids to an audience that mainly already agrees with one’s own preformed ideas. The running history of political engagement on social networks hasn’t been great, either. Failed popular movements have been landmarks on Facebook’s timeline, and the use of empty gestures to show support still earns ridicule. This bare-minimum style of advocacy, known derisively as slacktivism, is alive and well.

But is it possibly giving way to a new era—one where social media, among other Internet resources, are being galvanized to change public opinion, mobilize activists, and even shape public policy?

I don’t think you’d be hard-pressed to say that some degree of change is afoot. Right now we’re in the midst of a series of marches—including last week’s Climate March—inspired by January’s Women’s March, which have been organized almost entirely on social media. For better or for worse, the Internet has become a tool for political movements all across the political spectrum.

To see how this change has played out, we need to look at the recent past. Six years ago, a series of popular movements across the world spelled hope for Facebook and Twitter as instruments of social change. One of the first, starting in 2011, was the Occupy Wall Street movement. What started as a small protest rapidly swelled into an international movement, drawing awareness to the concentration of money in a few wealthy “one-percenters.” Wall Street occupiers pulled this off by using Twitter to spread their message. While Occupy was, by many accounts, a disjointed, leaderless, and arguably failed movement, its success in mobilization sowed the seeds that bore fruit in subsequent activist campaigns.

Occupy was, however, an anomaly in the history of online political advocacy of the early 2010s. Its notable successor was Kony 2012, which featured a video calling attention to a Ugandan warlord that quickly gained momentum. The campaign went viral rapidly but, while it garnered attention to the issue, ultimately failed to mobilize people into public spaces. For the next four years, political engagement on the Internet took the form of slacktivism. Often, this manifested as mere “awareness,” rather than activism. Catalysed by such events as mass shootings or terrorist attacks, Facebook users showed support by putting a filter on their profile pictures —such as, say, a French flag—without doing much else. Social media quickly fell subject to (more) ridicule, which carries on even now. Just this April, Saturday Night Live featured a sketch in which a man is praised for fixing social issues by sharing them on his Facebook wall.

But 2016 showed us that social networks can directly affect political opinions and processes—that social media-born activism has grown some teeth.

Presidential candidates—particularly Donald Trump and Bernie Sanders—put on widespread campaigns that emphasized the use of Twitter hashtags. Trends like “#MAGA,” “#FeeltheBern,” and “#Imwithher” generated enthusiasm around Trump, Sanders, and Hillary Clinton, respectively. Trump’s Twitter presence was (and remains) infamous for its constant attacks on opponents. During the election, these barbs often took the form of hashtag-worthy insults that helped Trump’s followers pile onto catchphrases like Little Marco (for Florida senator Marco Rubio), or Crooked Hillary. Although this sort of engagement wasn’t exactly the same as Occupy, it did drive perceptions of Trump’s opponents in the Republican primaries.

What might explain the success of more recent social media-born activism? In part, the answer might lie in the enduring power of the Black Lives Matter movement, which was named from a Tweet sent in 2013 regarding Trayvon Martin and George Zimmerman. In the Black Lives Matter movement, we see both the exception to the rule that there were no successful social media-incubated movements between Occupy and 2016, and a sort of predictor of the outpouring of left-wing involvement in popular movements following the presidential election. Black Lives Matter’s sudden rise following the acquittal of Darren Wilson in the Michael Brown shooting perhaps points to the lack of success other social movements saw in the years from 2012 to 2016. Where previous social media advocacy presented a problem and asked people to care, Black Lives Matter identified an issue that faces its supporters every day—the regular killing of unarmed black people by police officers.

In ratcheting up this salience, Black Lives Matter harnessed feelings already present and organized them into a coherent movement. This sort of grassroots mobilization is not new to popular movements, but Black Lives Matter was the first to replicate the process on social media.

Black Lives Matter’s ability to tap into its supporters’ frustration was a predictor of the increase in volume and even efficacy of social media activism following Trump’s election. His professed mistreatment of women, conspiracy-theorist stance on climate change, and xenophobic views on immigrants were reason enough for the Women’s March to begin organizing immediately following his election. His failures in office, particularly with regards to his broken promises and counterproductive cabinet appointments, have inspired the next wave of popular involvement. The recent Tax March, March for Science, and Climate March, as well as the upcoming Immigration March, have been attempts to carry on the trend that the Women’s March started.

And so far, these movements—organized almost entirely via social networks—have maintained their momentum. The March for Science drew tens of thousands, although it was little compared to the millions worldwide who attended the Women’s March. Far from the confines of slacktivism, people are now faced with real, personal, unavoidable issues that drive them into public spaces to attempt to break down oppressive structures. The arguably artificial motivation that spelled relative apathy for Kony 2012 appears to be gone, replaced by an indignation that, I’d argue, has resulted in a sort of national renaissance of political activism.

In the past, political posts on social media were vilified for their inability to affect real change. But successful popular movements show a different reality. When people feel that they have a legitimate grievance to redress, they will go to great lengths to make it known. This is evidenced by the turnout of Occupy in 2011, the spread of Black Lives Matter, and the international participation in the Women’s March—among numerous other recent protests.

This sudden influx in political engagement isn’t limited to protest, either. Social media campaigns to call our congressperson or run for office have taken root as tools for today’s politically active populace. EMILY’s List has seen 11,000 women express interest in running for office this year, compared to 900 last year, and new web extensions give you a direct line to your representative’s office in Washington. The era of slacktivism seems to have ended, at least for now. People are mad, and social media has become a promising way for them to connect with others who are mad, too—and then actually do something about it.