The Double Standard of ‘Law and Order’ 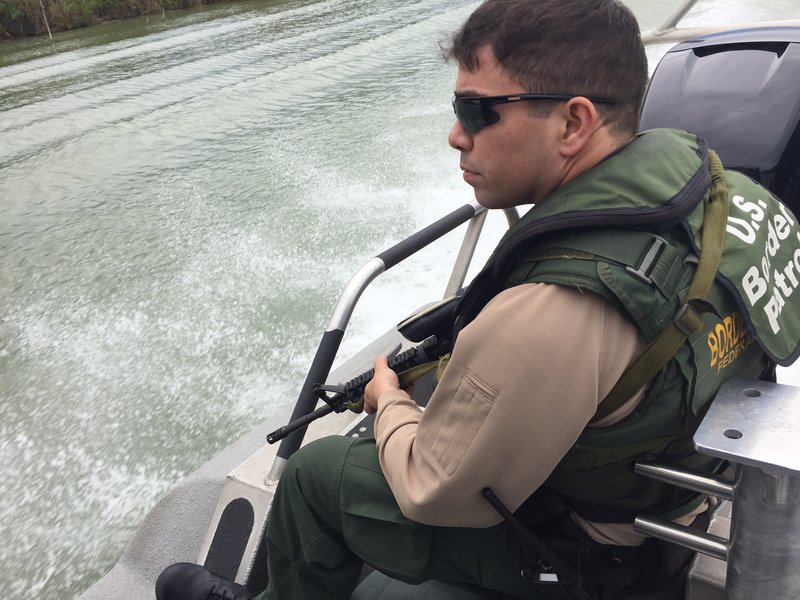 On the campaign trail last fall, then-presidential candidate Donald Trump fashioned himself as “the law and order candidate”—someone who would clean up crime and corruption. And now, as President Trump rounds out his first 100 days heading the highest office in the land, he’s reiterated this refrain, declaring that his will be “a law and order administration.”

Trump’s view of law enforcement has manifested most clearly in his attempt to clamp down on unauthorized immigration. He wants to build a wall, increase deportations, and strip federal funding from sanctuary cities.

This punitive approach to unauthorized immigration has, easily, been one of the most challenging issues to bridge across the political spectrum. On the left, Trump’s proposals have sparked unceasing outrage from progressives, and in ways that seem almost incomprehensible to many on the right. In part, this is because many conservatives are more comfortable thinking about immigration in “law and order” terms. Even in the absence of violent criminal activity, their view stems from what they think is a simple truth: Unauthorized immigrants, unlike legal ones, violated the law. They broke the rules. They are, by definition, rule-breakers. What’s not to get?

Moreover, conservatives note, liberals’ compassion for immigrants didn’t stop them from supporting President Obama, whom Latino advocates dubbed the “Deporter-in-Chief” after his administration deported immigrants in record numbers (although now Trump is set to surpass that number as he doubles down on his immigration policies).

Countries, of course, have rules for a reason. They’re integral to creating at least some semblance of stability. But here’s the reality: The “law and order” tack has never been neutral. It reflects priorities. As anyone who’s ever jaywalked or nudged over the speed limit knows, we don’t enforce every single law at every instant in every community across the country. There aren’t enough enforcement officers on the planet to monitor everyone all the time.

So leaders have to decide whom and what crimes to police—and when, where, why, and how. Where should they focus their limited resources to maximize public good? Any answer will always reflect strategic choices, at times representing potential political points for elected officials to score. Those choices are debatable, and they inevitably create inconsistencies in application of force and the way we talk about those who break the law, especially nonviolent offenders.

As a result, double standards frequently emerge, often along familiar lines of race and class. For example, consider how leaders speak of the current heroin and opioid “epidemic”—which impacts many predominantly white communities—as a public health issue. It’s a stark divergence from the framing of crack-cocaine use by low-income, predominantly African-American communities in the 1970s and ‘80s, termed the “War on Drugs.”

One situation was framed with sympathy, the other as something needing punitive action.

In the case of unauthorized immigration, similar double standards abound. Few Trump supporters expressed concern (let alone outrage) that white First Lady Melania Trump worked in the United States as an undocumented immigrant. But when it comes to low-income Central American immigrants, Trump supporters deploy their strongest rhetoric. The characterization of “illegals” or “criminal aliens” uniquely dehumanizes many unauthorized individuals who have, otherwise, been law-abiding.

To be clear: incidents of violent crime, committed by whomever, are horrible. No one should pretend otherwise. However, amplifying these stories only when certain crimes are perpetrated by certain minority groups is quintessential cherry-picking and race-baiting. It contributes to a warped sense of reality, overemphasizing the “bad apples” among disempowered immigrant communities with one broad stroke. Moreover, it makes little sense to use these stories to justify a massive crackdown on unauthorized immigrants via a large-scale, expensive policy response. After all, countless studies over the years have found that immigrants are less criminal than native-born residents.

In short, coded language like “law and order” too often puts a more honorable, rational sheen over what’s really going on: exploiting—intentionally or not—racialized narratives.

For some, this is also about lucrative financial gain. (“Follow the money,” as the saying goes.) Specifically, private prison contractors stand to profit enormously from Trump’s proposals, as more detention centers are needed to execute his plans.

It’s not new for prison economics to shape immigration policy reform. This was exactly the driving force behind Arizona’s 2010 strict anti-immigration law, drafted by members of the American Legislative Exchange Council, known as ALEC. The council convenes state representatives and powerful corporations—including the NRA, ExxonMobil, and CoreCivic, one of the largest private prison companies in the nation. Of note is that the perverse incentives here are similarly woven into the mass incarceration plaguing African-American men, dubbed by scholars as “The New Jim Crow.” ALEC is also a player in this arena.

In the Trump era, CoreCivic and GEO Group, the other private prison giant, have seen their stocks soar. Both contributed massive sums of money to pro-Trump super PACs and for the President’s inaugural festivities. They run over 70 percent of the privately-owned beds for the federal government—even as they are notorious for prisoner abuse and humanitarian concerns, with GEO Group currently facing a lawsuit that alleges it violated anti-slavery laws and forced immigrants into unpaid labor. Together, the two business operations have spent nearly $50 million on state campaigns and federal lobbying since 2000.

Put simply, on a fundamental level, there are powerful forces and psychologies at play, all driving the demand for whom our government arrests—and whom it doesn’t.

The insidious evil of “law and order” rhetoric lies in that it all sounds neutral and benign. Similar to the concept of a blind Lady Justice, the phrase is invoked as some sort of unfeeling, uncontroversial fulfillment of the law. But “law and order” applied—in the American context of racialized biases and for-profit incentives, at least—has never been that innocent. In a democracy, it’s key to recognize this as citizens attempt to navigate the tinderbox of ideologically-charged opinions over immigration and turn those opinions into policy.