Did ISIS Ever Directly Threaten the Homeland? 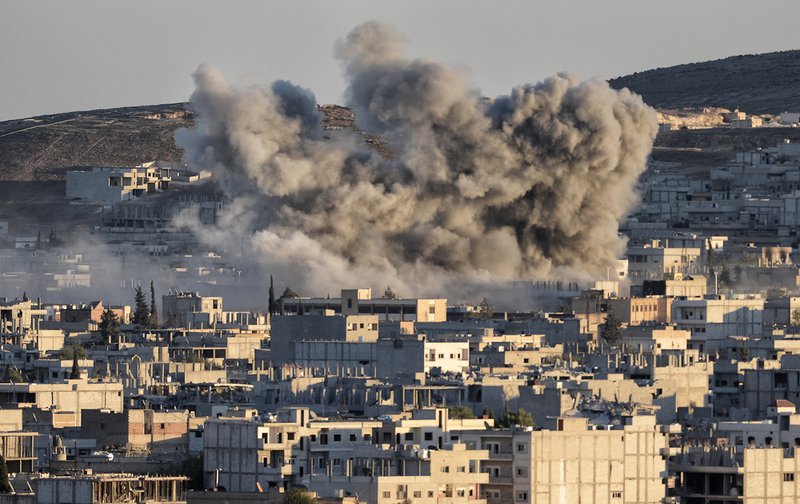 That was General Joseph Votel, the commander of U.S. Central Command, congratulating the U.S.-backed Syrian Democratic Forces last week on eliminating the last of ISIS’ territorial holdings in Syria and Iraq. The announcement marked an important victory that, in Votel’s word’s, “liberated more than seven million civilians from Daesh’s brutality.”

It’s hard to overstate the importance of the collapse of ISIS’ last territorial holdings at the hands of a U.S.-organized campaign. Indeed, it likely prevented ISIS from developing the capability needed to direct strikes further abroad, disrupted the group from developing even more sophisticated weaponry on a mass scale, and stymied its threat to regional states. As noted, it also liberated millions from the brutal rule of a group that, among other atrocities, instituted a system of sexual slavery and committed genocide.

And yet, two important questions loom over the entire U.S. involvement in the military campaign to destroy ISIS. Did ISIS ever pose a major direct threat to the United States homeland? And if not, what does that say about America’s larger counterterrorism posturing?

The answer to the first question appears to be no, at least according to what can be gleaned from public information, and with the benefit of hindsight. The United States initiated its airstrikes against ISIS in Iraq on August 9, 2014, and in Syria on September 22 of that same year. Around this time, U.S. administration officials were clear that there was no direct threat to the U.S. homeland. Speaking at the Brookings Institution on September 3, then-National Counterterrorism Center Director Matt Olsen called the ISIS threat to the U.S. homeland only a “potential threat,” stating that there was no imminent threat to the United States and no credible evidence of ISIS cell structures within the country.

This timing is important. Given that late 2014 was the peak of ISIS’ territorial holdings and that the United States began a major military campaign against ISIS within a month of Olsen’s comments, it’d follow that the zenith of ISIS’ ability to threaten the United States directly from its territory should’ve occurred not long after.

With no clear evidence of a direct ISIS capability to project an attack into the United States, the focus centered on the potential threat returning ISIS fighters might pose to the United States. Yet such discussions often exaggerated the number of Americans who traveled to fight in Syria, and in particular exaggerated the number who went to fight with ISIS. Moreover, these conversations often ignored the counter-example of the exodus of Americans who traveled to join Al-Shabaab’s jihadist state-building efforts, where few of those who left returned and none of those who returned conducted an attack on their return.

Looking back, then, it becomes increasingly clear that the United States didn’t face a major direct threat to the homeland from ISIS at any point during the campaign. More than four years after ISIS declared its caliphate and the United States began its counter-ISIS campaign, no American who traveled to fight in Syria has carried out an attack upon returning to the United States, according to research by both New America and George Washington University’s Program on Extremism. Only one returnee plotted a violent attack on his return, and he wasn’t associated with ISIS.

ISIS did inspire a wave of jihadist violence in the United States, however. Since 2014, 83 people have been killed in jihadist attacks inside the United States—three-fourths of all such deaths since 9/11. Of the eight deadly attacks during that period, seven were inspired in part by ISIS. Still, none of the deadly jihadist attackers since 2014 are known to have received operational instructions or advice via online communication with ISIS operatives in Syria.

Moreover, the terrorism committed by individuals motivated by far-right and other ideologies, including the recent attack in New Zealand that killed more people than the deadliest post-9/11 jihadist attack in the United States, underscores that neither the glamor of territorial holdings nor a direct tie with an operative in Syria is necessary for an individual to perpetrate violence like that committed in the United States by ISIS-inspired individuals.

ISIS’ success at inspiring violence suggests that international action to respond to that threat was necessary. But that’s a question of civil society action, social media company efforts and regulations, and law enforcement. Making it a justification for military action adds up to an extremely low bar for the use of military force.

So, if ISIS never posed a major direct threat to the United States, what strategic interests motivated and justified the military campaign? There are two possibilities that are especially worth focusing on.

First, while ISIS didn’t threaten the United States, it did pose a real threat to others—the humanitarian threat to those under its rule, a security threat to American partners in the region, and a terrorist threat to Europe. Remember that ISIS conducted multiple attacks in Europe where there was clear direction from Syria, most notably the November 2015 Paris attacks. This is when multiple foreign fighters trained by and with close direction from ISIS senior leadership in Syria returned to France to conduct the deadliest terrorist attack in Europe since the 2004 train bombings in Madrid.

Yet if the United States acted according to these reasons, it raises the question of why those threatened more directly by ISIS weren’t able to protect themselves from ISIS and lead the counter-effort. Is the United States truly in a place to hold itself out as the guarantor of security to others in a region where jihadist terrorism is likely to pose a resilient and continued threat? Should America be underwriting European security via wars in the Middle East? Will Americans accept another such campaign if it doesn’t threaten the homeland directly, and should they?

And second, it’s worth asking if ISIS would’ve developed the capability to directly threaten the United States with a major attack if it hadn’t been targeted for territorial destruction. Given ISIS’ murder of Americans held hostage, its history as an affiliate of al-Qaeda, and its ability to strike Europe, this is no idle concern.

These are critical questions, and the counter-ISIS campaign wasn’t without costs. The development of the Syrian Democratic Forces as a U.S. partner harmed the U.S. relationship with its NATO ally Turkey, and it also cost more than $13 million a day. In addition, though the loss of U.S. lives was extremely limited compared to the loss of lives in the prior direct U.S. counterinsurgency wars in Iraq, Americans did die in this campaign. In addition, the U.S. forces remaining in Syria have become part of larger geopolitical conflicts with Russia and Iran, potentially putting them at more serious risk and raising the specter of escalation.

ISIS’ territorial collapse should be celebrated. But that shouldn’t overshadow the larger questions about American counterterrorism strategies that derive from the seemingly negative answer to whether ISIS ever posed a major direct threat to the United States from Syria and Iraq. There may well be justifications for waging the campaign on the basis of prevention and protecting others, and good answers to the concerns raised by such an approach. But Americans should ensure that those answers are debated and not drowned out either by the much-deserved celebration of the victory or by warnings of its fragility.