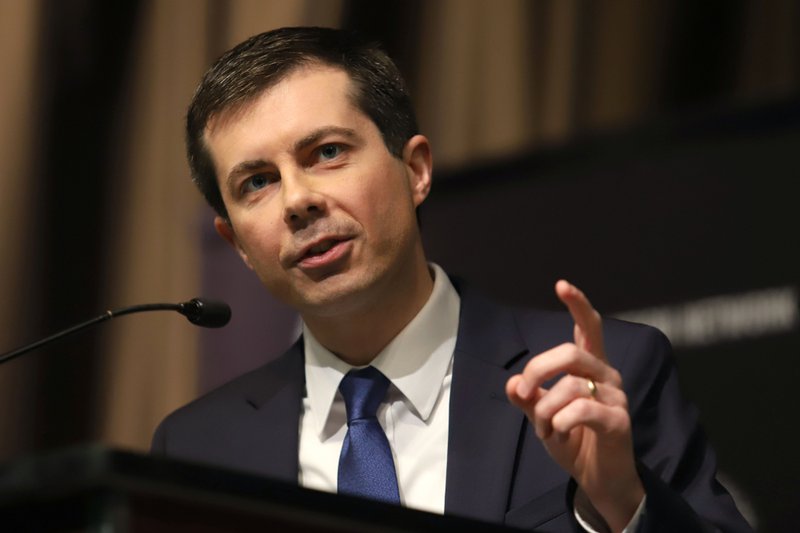 Democrats seem to have finally caught on to the fact that national elections can be hard to secure with purely secular campaigns. This is a wise observation: Faith plays a large role in the lives of millions of Americans, and religious values drive the voting choices of many of them. In this election cycle, Democratic hopefuls like Pete Buttigieg and Julián Castro, who’ve not only embraced their faith but also made it a pillar of their political platforms, are telling of potentially larger shifts within American society and politics.

This evolution of how faith is discussed in the public realm and who gets to lead that discussion is, in part, due to America’s changing religious identity: The evangelical church is graying and losing members, religious “nones” are on the rise, and growing Latino and Asian populations mean that religion in the United States is becoming less white and more diverse. These are all factors that, at least ostensibly, work in progressives’ favor. In fact, the 2020 election cycle is, in some ways, poised to be one in which the Christian right won’t have a monopoly on the role of religion in public life, with some progressive politicians determined to close the “God Gap” once and for all.

And yet, the extent to which the evolving religious landscape might fuel progressive electoral gains is more complicated than it may seem. After all, demographics don’t always predetermine political destiny.

The Church Is Graying and Losing Members

Let’s look at the aforementioned factors in turn. Today, almost 4 in 10 millennials will tell you that they’re not religiously affiliated. Younger Americans are the largest subgroup within a growing number of “nones,” seemingly confirming the generational shift in the role of faith and religion—and in particular Christianity—in people’s day-to-day lives. And alongside the graying of the Catholic, Mormon, and Christian Orthodox churches is that of the Protestant church.

There’s another change afoot, too: The United States is no longer a majority-white Christian nation. Data from PRRI shows that “white Christians, once the dominant religious group in the U.S., now account for fewer than half of all adults living in the country.” This downward shift encompasses evangelicals: In 2006, white evangelical Protestants accounted for nearly 23 percent of the U.S. population; 10 years later, that share had fallen to 17 percent.

Some of this membership shrinkage and generational drop can be attributed to increasing secularization and to the rise of “nones.” But over the last several years, other phenomena have been at play, which has led to a rise in defectors: A growing repudiation of evangelicalism, a quiet exodus of evangelicals seeking to expose theological and moral contradictions within the Christian right, and a desire to challenge religious support for President Donald Trump have culminated in the “exvangelical” movement. These exvangelicals use Twitter campaigns like #EmptyThePews and #ExposeChristianSchools, along with Facebook groups, to create a space to talk about their experiences in and issues with the church.

Democrats, for their part, are seizing the moment and leveraging white evangelical decline to close the God Gap. Buttigieg, for instance, has risen in prominence not only because he could become the country’s first openly gay president (at least in the way queer identity is talked about today), but also because he’s using his faith to confront narratives that suggest that socially liberal views and religion can’t coexist. Meanwhile, Castro, the former mayor of San Antonio and another presidential hopeful, has also made his Catholic faith central to his campaign—he made his bid announcement in Plaza Guadalupe, across from our Lady of Guadalupe Catholic Church, where he grew up. “I wanted my announcement to present to the American people who I am, and [that] my family and I had been Catholic for generations,” he said in an interview.

From a voter outreach standpoint, the sort of frankness on display when it comes to religion is smart: Progressive candidates’ embrace of their faith signals to voters that, one, it’s OK to openly talk about how religious values shape political views and, two, that progressive values and religion don’t have to be at odds with one another—echoing the religion-centered politics of the mid-century civil rights movement and pushing back against the four decades of largely conservative dominance of discussions on the role of faith in public life.

Still, it’s fair to wonder: Are the electoral consequences of this white evangelical shrinkage and progressive religious rise as clear-cut as they seem? Well, a few things to keep in mind.

For one, consider that white evangelicals are still a consistent voting bloc. In the years since the establishment of Jerry Falwell’s Moral Majority in the late ’70s, white evangelicals have largely remained loyal to Republican candidates. In 2016, Trump won more than 80 percent of these voters. According to PRRI, “More than one-third (35 percent) of all Republicans identify as white evangelical Protestant, a proportion that has remained roughly stable over the past decade. Roughly three-quarters (73 percent) of Republicans belong to a white Christian religious group.”

And despite overall membership decline out of protest against Trump, white evangelical support for him remains high. Survey data shows that about 25 percent of white evangelical Protestants say that there’s nothing Trump could do that would jeopardize their support of him.

Moreover, while the number of white evangelicals is on the decline, the number of non-white evangelicals is growing. In Immigrants, Evangelicals, and Politics in an Era of Demographic Change, Janelle Wong, Professor of American Studies at the University of Maryland, describes evangelical churches as the largest, fastest-growing Asian American and Latinx organizations in the United States, and explains that “racial, ethnic, and immigrant communities are the pockets of vitality within the overall decline” of the evangelical denomination.

Crucially, it’d be a mistake to assume that non-white evangelicals will automatically throw their support behind progressive candidates. While most Asian American and Latinx voters do identify as Democrat, as Wong puts it, “Asian Americans and Latinx evangelicals are generally more open to the Republican party, more ideologically conservative, and more likely to vote for a Republican candidate than other members of their racial and ethnic communities,” depending on the issue. Whether the growing non-white evangelical population finds a political home within the Democratic Party or is swayed by GOP messaging that aligns with their religious values will come down to issue salience: It’s likely that immigration and abortion will play deciding roles in how non-white evangelicals ultimately cast their votes next year.

Looking to 2020, it’s clear what variables both parties ought to keep an eye on. Despite a significant demographic shift, white evangelicalism is still a powerful conservative force in American politics. And as Wong notes, “For Hispanics in particular, their growing population does not translate directly into votes. Because they are younger than the general population, one-third of Hispanics are below voting age, and more than a quarter are not citizens.”

And even if the growing non-white evangelical population were to challenge white dominance, its “moderate agenda” and “weak organizational cohesion among religious leaders and institutions” are some of the biggest barriers to leveraging its numbers for political gain.

In addition, the exodus of young evangelicals doesn’t necessarily mean that those individuals are seeking to be politically engaged on behalf of the Democratic Party. Blake Chastain and Christopher Stroop—two of the most prominent voices in the exvangelical movement—recently told me that it’s only natural that those who have left the faith might be resistant to engage with any sort of movement immediately after their departure from organized religion.

Finally, progressives candidates like Buttigieg and Castro are still outliers. Most presidential hopefuls in the Democratic field haven’t been as intentional as these two about reimagining what a campaign at the juncture of progressive politics and faith could look like. In other words, it’s too early to determine whether this is a shift that will sweep over progressive national politics, or if this election cycle will be more of a fleeting reaction to Trump and his broadly successful appeals to religion. Indeed, whether—and how—these emerging constituencies become Republican or Democratic voters will depend on what political elites do next.

Predictions, in general, are tricky. Predictions about what the future of electoral politics in the United States might look like in light of recent demographic shifts are even trickier. But we can count on a few things: Faith and religion will keep coming up in political debate; the conservative religious voice will continue to face competition in the public sphere; the very nature of what it means to be religious and progressive or religious and conservative will surely continue to change; and, most important, this election cycle is, if nothing else, one in which more religious voices are in the political discourse. That alone is a tremendous gain for democracy.