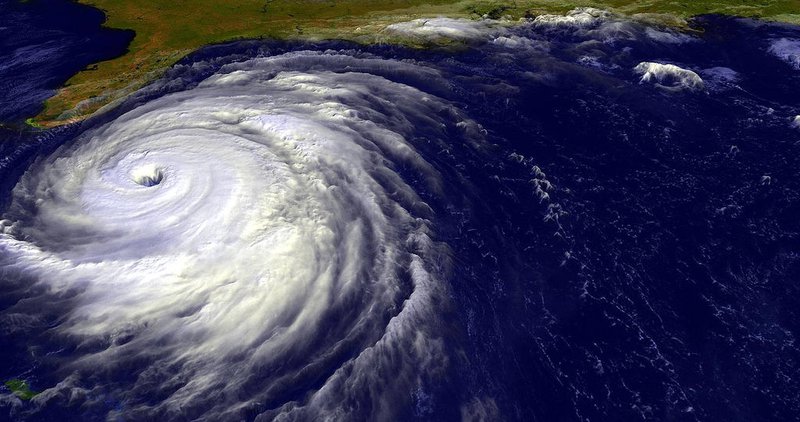 The United States is a land of great variety. Millions of Americans live under spacious skies and amber waves of grain, but also in the hot deserts of Arizona, the freezing plains of North Dakota, the bases of active volcanoes in Hawaii, and the top of dangerous fault lines in California.

Why do we choose to live in these sorts of risky, and sometimes downright inhospitable, places? It’s because Americans have long had the audacity to believe that we can conquer the weather with our ingenuity—and, for the most part, we’re actually doing a pretty good job.

At least, that’s one lesson we took away from visiting the 10 U.S. counties with the worst weather as part of  New America’s Weather Eye project—an investigation that aims to go beyond the data and learn about how communities actually prepare for natural disasters. As it turns out, many years of practice have led many of these disaster-prone communities to develop resilience to their specific brand of danger—be it a tornado, hurricane, or blizzard.

Portland, Maine, for instance, doesn’t bat an eye when a snow storm blows through. The city has the equipment and expertise to clear the snow. Its residents, too, know how to prepare. They buy food in bulk once they get a blizzard warning, and know how to put special tires on their cars once winter arrives. Snow, in other words, is pretty blasé up there.

Conversely, while Tulsa, Okla., has experienced snow, it’s more accustomed to living under constant threat of tornadoes. Should the warning sirens sound, most residents have basements in their homes to take refuge or are familiar with the location of the closest storm shelter. They also know what to do if they find themselves in a car and a variety of other out of doors circumstances.

Of course, no place can be 100-percent protected from any and all severe storms. Devastating destruction and fatalities still occur, even in highly resilient communities. However, there’s no doubt that years of experience—and key investments—have certainly reduced the impacts of weather in high-impact disaster zones.

In short, while communities can’t stop the weather, they can learn how to live with it.

Why is gathering this regional expertise particularly important? In part because, over the past several decades, the weather has been throwing the country a few new monkey wrenches, and these communities could teach us how to better handle what was once unthinkable.

A variety of factors likely contribute to this increased frequency. The U.S. population continues to grow, so by sheer statistics, a weather disaster has a higher chance of hurting more people. Similarly, the growth of cities means a higher density of people and infrastructure, ramping up the odds that a weather disaster can really cause damage if it strikes in the exact wrong place. Simply put, our demographics are changing, so we need to adapt our weather resiliency techniques along with it.

We also have to face that weather itself is changing, too. Temperatures are increasing, along with heavy precipitation events in some areas and prolonged droughts in others. We know that certain types of storm are becoming more extreme. And though it’s still unclear how climate change may affect other weather phenomena, such as tornadoes, in some ways, that uncertainty is even scarier.

In light of our growing understanding of changing demographics and weather, it’s important to gather the weather expertise we already have all across the country and share it with the areas that might be the most vulnerable if and when a disaster strikes.

This could mean going to southern Arizona and asking how people there mitigate heat stroke. What building materials do they use? How have they created resilient workforces so that construction workers don’t stand outside on a 115-degree day? How does the city handle high-risk populations, such as the elderly? Passing along such knowledge to cities in the northeast that are just starting to experience rising, and more dangerous, temperatures could be extremely valuable.

Sure, this may seem simple on the surface. A healthy dose of forethought can prepare communities before they face a crippling disaster. Pulling this off successfully, however, may require serious behavior shifts.

Take Massachusetts. There, we met with emergency managers who confided to us their concerns about hurricanes. They had seen the way Sandy devastated parts of New Jersey and New York, and feared Massachusetts could be next (it’s not unprecedented). They worry not just because a hurricane can be a devastating storm, but also because they fear that many people wouldn’t evacuate. It’s not something people in the region have faced with any real degree of frequency or severity, so many citizens may assume that it’d never be bad enough for them to need to heed evacuation warnings. Even if people didn’t view such advisories as an overreaction, they may just not know how or where to go. It’s not a rote, well-practiced routine there—and the consequences could compound an already catastrophic blow if the region doesn’t prepare.

It takes time, of course, to teach a community something new. However, we’re lucky enough to already have weather-resilience knowledge in our arsenal—it’s just spread throughout our diverse country. We just have to take that American ingenuity and supply it to those communities that might one day need it.