Crime Rates Are Lower On the Border 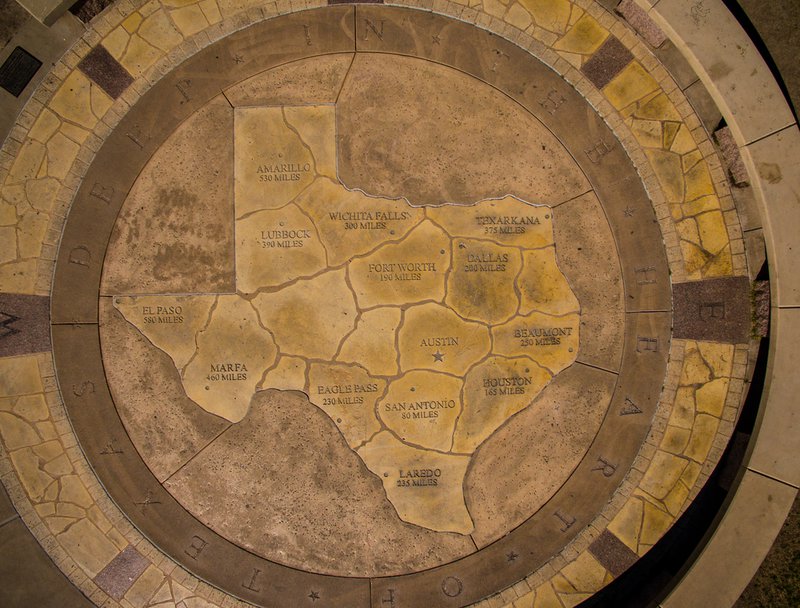 Just two miles away, a nondescript orange building tucked between a bus stop and the Mariscos El Pescador restaurant houses divisions of the FBI and the Drug Enforcement Agency. Across the street, dozens of Border Patrol SUVS and trucks fill a block-long parking lot.

If nothing else, the money and manpower being deployed to keep unauthorized immigrants, terrorists and drugs out of the country have flooded Texas border counties with law enforcement. Crime has dropped, and the Texas side of the border apparently is now safer than the state's larger cities. But a political tug-of-war about the security needs of the region remains full of fiery rhetoric and competing views about how safe border communities really are.

State and federal crime data backs those claims: Violent crime rates have remained the same or dropped in many border cities in the last five years for which data is available.

Border communities like Laredo, El Paso, Edinburg and Brownsville all saw fewer than 400 crimes for every 100,000 residents.

Meanwhile, the violent crime in El Paso, the most populous border town, has dropped from 457 crimes for every 100,000 residents in 2009 to 393 in 2014. For years, the West Texas city has been declared the safest of its size, according to Congressional Quarterly.

The FBI report includes crimes voluntarily reported by local law enforcement agencies across the country, and the agency warns against using the data to directly compare cities. Rankings of cities by crime rates “ignore the uniqueness of each locale” and the local factors that influence crime, the bureau says.

But to some on the ground, the influx of agents, troopers, deputies and guardsmen to the border has had a noticeable impact.

And it's quite a law enforcement stew — local police and sheriff’s departments, Border Patrol agents, DPS troopers, U.S. Immigration and Customs Enforcement officials, the FBI, DEA and the Texas National Guard, among others.

Border Patrol staffing in the Southwest Border section — which includes Arizona, California, New Mexico and Texas — grew from 17,408 in federal fiscal year 2009 to 18,127 in fiscal year 2014. The count of agents in the region has more than doubled since 2001.

At least 100 more DPS troopers have been sent recently to patrol the Rio Grande Valley after graduating from an abbreviated trooper academy — part of an effort to permanently add 250 more troopers to the area by the end of the year.

Home to Edinburg and McAllen, Hidalgo County alone has 1,566 pairs of boots on the ground even without federal and state law enforcement assigned to patrol the area. There are also about 100 Texas National Guard soldiers that remain as part of Texas’ 2014 deployment. And federal agencies — ICE, DEA and the FBI — have long had their own agents sprinkled along the border.

Much of the recent law enforcement surge has been pushed by Republicans and opposed by Democrats, prompting some curious political anomalies. Republicans have fought for — and largely succeeded in obtaining — record expenditures for border security, but they continue to argue the border is unsafe.

Democrats argue against "militarizing" the border but acknowledge the influx of law enforcement has made it a safer place.

“When you have more and more visibility, there’s obviously a deterrent for those who commit crimes,” Hinojosa said. “We’re dealing with some serious problems on the border ... that’s why this last [legislative] session we focused on law enforcement that will be effective.”

Despite the crime statistics, border officials say they must continually push back against widespread perceptions that their communities are caught up in the violence wracking towns across the Rio Grande in Mexico.

Republicans don't help when they argue for more resources by portraying the area as a hotbed of narco terrorism and immigrant crime. But they contend the border is an entry point from which crime spreads throughout the state.

Gov. Greg Abbott signed a sweeping, multimillion-dollar border security measure last June flanked by Republican lawmakers at a Texas DPS office in Houston. Abbott said the ceremony's location was appropriate because a porous border means the entire state — not just the stretch of cities hugging the Rio Grande — is in peril.

For others, perceptions of unsafe conditions in border communities are driven by the incorrect assumption that undocumented immigrants are more likely to commit crimes than the general population.

“If people connect undocumented immigration with safety, they would be wrong saying that because they pass through the border the border communities are less safe,” said Guadalupe Correa-Cabrera, a public affairs and security studies professor at the University of Texas-Rio Grande Valley.

A Texas Tribune analysis of incarceration and immigration records found there is little evidence that undocumented immigrants commit crimes at higher rates than the general population and they appear to be underrepresented in both Texas prisons and Texas’ death row.

“I really believe that the people that make it to our community from other countries including Mexico — and in El Paso’s case primarily Mexico — are here to get ahead, to work hard, to do well,” said Congressman Robert "Beto" O'Rourke, D-El Paso. “They want to see their kids succeed, they want to integrate. Part and parcel with that is staying out of trouble.”

For many border residents, concerns in Austin about the area's safety don't reflect their daily reality. But many accept that perceptions weigh heavily into the rhetoric condemning the area.

Jim Ward, a fifth-generation El Pasoan and local business owner, said that he thinks his hometown is safe. But he fears what would happen if one person entered the United States through Mexico with the intent of doing serious and widespread harm.