This year, we don’t need a diet: We need to rebuild our civic muscles. 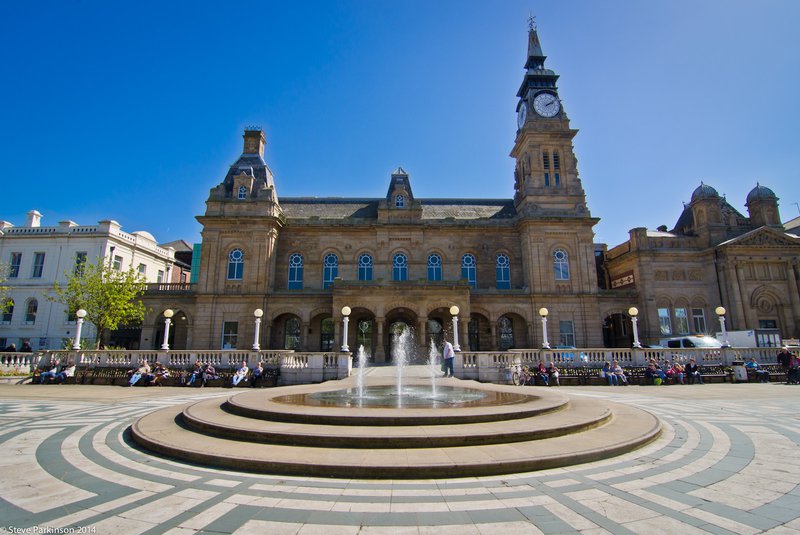 This January, the New America Weekly's writers are proposing a series of policy resolutions. These are actions that policy makers and ordinary citizens can take to make the world a better place in 2017.

We are really out of shape. Every year we make these New Year’s resolutions: To go to the gym. To see a trainer. To eat less (of whatever it is we eat too much of). But we don’t necessarily think about getting back into shape as citizens and members of our communities. Instead of diets we won’t keep after March, maybe this year’s New Year’s we should all resolve to strengthen our civic muscles. What does this look like in practice?

From our founding years to the present day, America has always had a deep strand of self-government and civic identity, which scholars from Alexis de Tocqueville to Hannah Arendt have tapped into. In an era of increasing distrust for governance institutions, we should return to the local level, seeking grassroots opportunities for civic life. We have not stopped believing in each other; we have just stopped engaging or engaging with people different from us and really listening. To rebuild our civic muscles, we first need to understand how civic identity differs from our consumer identity.

Over several years of research and writing I have come to think that one of the challenges of reclaiming our civic identity is our reliance on algorithms and comfort hiding behind devices.  Many of us are used to live streaming movies, ordering dinner on our phones, and fixating on tools that tell us what we want before we even know it. These algorithms present many social, justice and policy challenges, easily becoming “weapons of math destruction” as Cathy O’Neil has put it. But they also pose a deep philosophical challenge to our identity: we have become used to having things our way. Texting with a friend is a lot easier than having a difficult conversation, as Sherry Turkle and other scholars have noted. From the news filter bubble to the on-demand economy, many of us have become used to having it our way surrounded by people like us.

When you’re in the public realm, by contrast, there are opportunities for disagreement. And when there are opportunities for disagreement, the gears of our civic engine start to grind back into action. This is precisely why we need to join civic organizations, learn about what the local Girl Scouts, Eagle Scouts, or 4-H club are doing in our neighborhoods, and become more actively involved in participatory decision making.

These are just examples, of course, especially given that the real goal is to get involved. There are so many urgent causes to become involved in. Pick an issue that sparks your passions and become involved. Don’t just give money: Give your time as well, tapping your networks, and leveraging your expertise. Learn who your elected officials are, from the ward or county to the state and federal levels. Then each out to them and see if they are open to more participatory budgeting or other forms of direct civic engagement.

There are many ways to get involved in local policy making which can directly connect people to their elected officials and shape policy outcomes. The power of local involvement is the ability for face-to-face engagement with diverse community stakeholders and public officials. There is no substitute for local level expertise. For example in Eau Claire, Wisconsin a local organization called Clear Vision is teaming up with community stakeholders on a poverty summit. The goal is to reduce the number of people living with income insecurity and build more resilient and inclusive communities. Citizens self-identify the key issues and volunteer to work in action groups over the course of several months. Importantly, policy makers are also part of these conversations.

Eau Claire’s organization is exceptional, of course, but it doesn’t have to be. There are countless engagement opportunities occurring across communities. From giving input on planning decisions to collaboratively designing city budgets. On the local level, there is more direct feedback and accountability with public officials.

This is a policy resolution we can all practice every day, whether or not we’re close to those in power: Talk to people who are different from you, and start reclaiming a civic life. What your civic life entails is up to you, just look for opportunities to engage with diverse communities, inch out of your comfort zone, and open yourself to the possibility that we the people are in fact our best policy solution. If we want to move beyond “the politics of resentment” that Katherine Cramer has aptly documented, we need beef up our civic muscles. That’s going to take hard work, but it is going to be the most rewarding than any New Year’s resolution you’ll ever attempt.