Collective Selective Memory and the Risk to Democracy 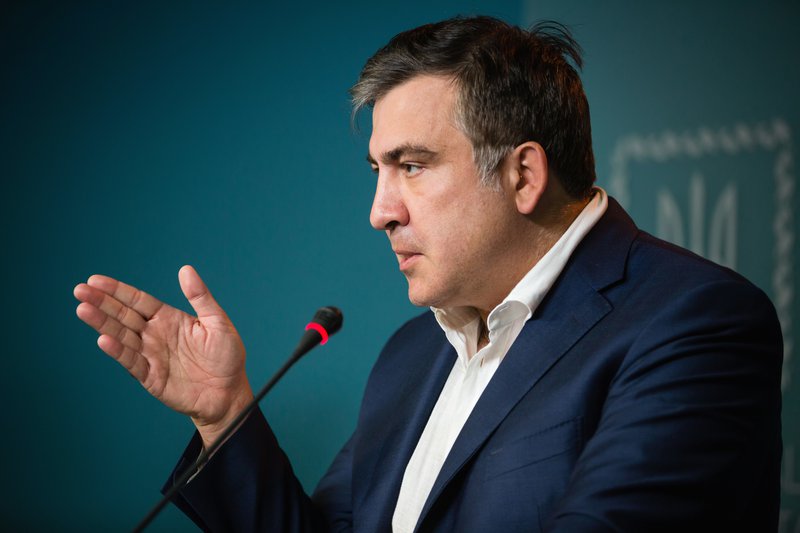 When it comes to countries attempting to develop democracy, we have very selective memories.

Most people outside of - but familiar with - Eastern Europe remember that Mikheil Saakashvili, the most famous of a group of Georgians recently brought in to help the Ukrainian government help itself, overthrew the Georgian government in 2003, replacing the allegedly corrupt and certainly Soviet throwback Eduard Shevardnadze. We remember that he set about reforming the country by rooting out corruption. We remember that he fired the police force and set up an all new one in glass buildings, meant to signify the transparency of his new government. We remember—and are right to remember—that Georgia in 2015 is far less corrupt than Georgia even ten years prior.

These are the memories that have made it into the generally very positive media coverage in the West and locally of Saakashvili’s attempted reforms of Odessa since his installment as governor there, particularly in the last few weeks. “Odessa leads Ukraine’s battle to reform,” read one recent BBC headline. “A Georgian reformer tackles Ukraine’s real public enemy number one: corruption,” said The Economist. “Saakashvili pledges to imprison all corrupt officials in Odesa oblast,” announced Ukrainian publication ZIK this past Sunday.

But beyond these headlines is where our memories do not serve us quite as well.

We remember that Saakashvili fired the entire police force and that he and his government broke up organized crime, throwing those involved—the so-called “thieves in law” in jail. We remember, Michael Cecire—an expert on the region—explained in an email, that “this [move] had the effect of of flushing out criminal elements while also winning large sums of money to recapitalize meager state coffers.” Although, as Oxford University’s Neil MacFarlane said in an interview, “he did not so much eliminate corruption as he nationalised corruption. You can see this in, for example, confiscation and reallocation of private assets, sale of state assets to people within his circle, ensuring that supporters got major shares of key markets.”

As MacFarlane’s words suggest, outside of Georgia, we fail to remember that Saakashvili’s dramatic actions had equally drastic consequences. To quote Cecire, “the security and political operations the state used against such people very rarely adhered to the rule of law.” So, too, do we forget the videos of prison guards torturing and sexually violating inmates that are, at least in part, responsible for the defeat of Saakashvili’s UNM party in the 2012 elections (notably, at the hands of the Georgian Dream party, ruled by one of the oligarchs challenged by Saakashvili’s system). As MacFarlane explained, “Those caught up in the prison system in this way were subject, like many others in that system, to serious physical abuse. Videos of that abuse came into the open just before the election that removed Saakashvili’s party from power.”

We remember that he reformed the police but we forget that he neglected to reform the judiciary, or to establish it as independent from the executive branch. This was an oversight that has since hurt Saakashvili himself, as the ruling Georgian Dream government, after coming to power, prosecuted UNM members, now in the opposition, and, eventually, tried to try Saakashvili himself. MacFarlane, for his part, argued that “the government was pretty clearly using the judicial system (indictment and detention, followed by plea-bargaining) to extract cash for its own purposes. This behaviour was more a matter of abuse of power than corruption, but the line between the two is pretty blurry.”

And earlier this week, when Ukrainian parliamentarian Serhiy Kivalov dropped out of the race for mayor of Odessa and Saakashvili used his platform as governor to say that he did so because of the corruption charges brought against him, we failed, somehow, to remember the current state of politics in Georgia. The closest thing to an opposition party is without its leader (he is busy fighting corruption in Ukraine). The government that replaced it (which, again, many feel came to power because Saakashvili abused his) may or may not be falling apart but, while it lasts, is seemingly trying to crack down on media freedom.

Fighting corruption is important, but it is not the same thing as establishing a lasting democracy for an engaged and empowered citizenry. As Cecire said, “While it was clear that the state had to be strengthened to achieve sustainable change, the way it was often pursued empowered the central government but in a way that was at odds with its other stated goals of democratization and liberalization while cementing the ubiquity of state-connected elite corruption.”

We are right when we remember what Saakashvili did. But not when we do not bother to remember the entirety of what he did.

“This is a man, MacFarlane said, “who professes democracy and the rule of law, but who will do what is necessary to achieve his objectives, whether or not what he does violates democratic and rule of law principles...I am not closely following his work in Ukraine. But I would be surprised if it were any different.”

Saakashvili and the rest of the Georgian reformers may well do a lot of good for Ukraine even if, as Cecire noted, Saakashvili has less of a mandate and more oligarchs to take on than he did in Georgia. Even Saakashvili’s detractors admit that, at least in certain areas, he did a lot of good for Georgia. But he also, intentionally or otherwise, did harm in his homeland, and if that is forgotten, he may do so in Ukraine, too.

Because while Western watchers may have selective memories, it takes societies learning to trust in democracy and engagement longer to forget.