Civic Resilience Beyond the Beltway 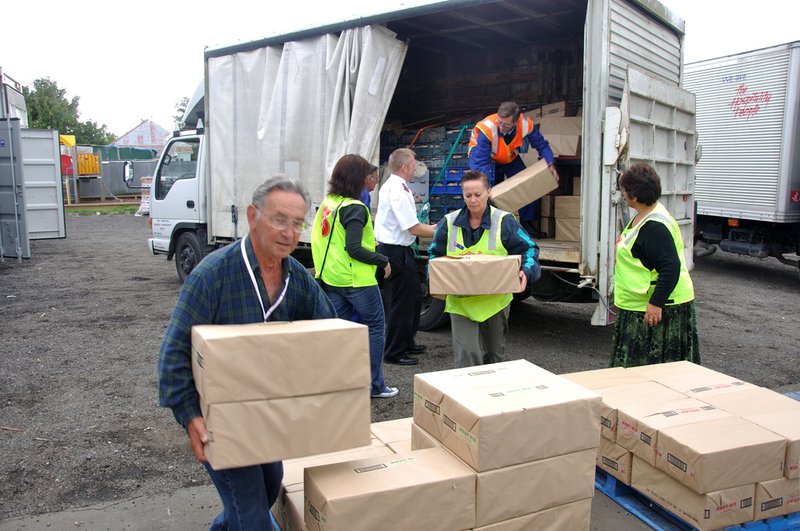 A quiz: To build resilience, does it matter whether you’re planning for a weather disaster or for a terrorist attack? Or do the same tools and strategies that help cities prepare for, recover from, and adapt to different kinds of crises apply more broadly?

No, this isn’t a trick question. The very act of planning for any kind of disaster builds the capacity for civic resilience. Moreover, the same principles of preparedness increase a city’s ability to respond to any kind of crisis—and ramp up the likelihood that a city will be able to adapt later on.

This was the takeaway from the American Futures breakout session, led by Resource Security Program Director Sharon Burke, at New America’s annual conference last week. Indeed, James Fallows, national correspondent for The Atlantic, described in human terms the local resilience that he has witnessed in his travels and research for his American Futures project. What he saw was a sense that people all across the country feel that their city is doing better than the rest of America—that despite the forces of globalization, digitization, growing inequality, and civic disconnection that contribute to a brittle relationship at the national level, their place is still coming together to solve problems. The unifying factor across the cities he has visited is the sense of agency people feel in the face of a changing world.

Fallows’ observations weren’t a one-off, though.

Heather Fagan, deputy chief of staff for the City of Orlando, described how the people of Orlando came together in the aftermath of the Pulse nightclub shooting. While Orlando had previously planned for a weather disaster, not a terrorist attack, one of the prongs of their response strategy was explicitly designed to build civic pride—in their traditional and social media response, city officials used images of people of all races, genders, and ages gathering to grieve, support, and give blood, which helped to unify locals. And people have taken on that civic pride, participating in response tagline competitions and continuing to look for ways to be involved in the city.

Fagan is convinced that Orlando was able to respond so effectively to the terror attack because the city had already spent time planning for a weather disaster—things like who would respond first, how to disseminate information, and how to defeat uncertainty—and could therefore adapt that plan to a different kind of crisis.

Of course, a preparedness plan isn’t a panacea.

For one, building resilience takes more than just forward thinking—networks of people do the real work of responding to crises, and that those networks can be strengthened, mobilized, and utilized in service of other aspects of civic capacity building. Bob Orr, Dean of the Public Policy School at the University of Maryland and United Nations Under Secretary-General and Special Advisor to the UN Secretary-General on Climate Change, fleshed this out with an international example. He told a story about Bangladesh, where older women have organized to respond to cyclones. Orr explained that with low-cost, low-tech, old-fashioned organizing, there has been an “order of magnitude” shift in the number of people who are alive today who wouldn’t be without resilience planning. And this network of women is now being activated outside of disaster situations: Bangladesh is training these women to deliver community-based healthcare, too.

This is a sterling example of the ways that the people and systems in place to respond to disasters can strengthen a community beyond their crisis functionality.

Community ties prove equally important domestically. Vicki Arroyo, the executive director of the Georgetown Climate Center at the Georgetown Law Center, pointed out that, after the struggle to evacuate New Orleans during Hurricane Katrina, people rallied to build a cadre of “vacu-teers.” This group is now charged with letting people without transportation know about pickup points for evacuations, as well as helping get people out of the city. Equally, cities have been focusing on working with community leadership to build networks that can, for example, bring older and sicker people to cooling centers during heat waves and otherwise help bolster residents’ resilience both in times of disaster and through everyday challenges.

For sure, there’s no silver bullet “traditional infrastructure” to answer this problem—there’s no way to plan a response to every kind of potential tragedy—and cities’ ability to recover and adapt from a crisis is not a foregone conclusion. As Brendan Shane, the regional director for North America at C40, made clear, “we can’t build our way out of resilience; we can’t afford to build all the walls and levees that we need, so we have to … make data-driven decisions” about the best ways to build infrastructure in the service of human needs in a given place. Denice Ross, a Technology in the Public Interest Fellow at New America, also talked about the power of data and the importance of information transparency in strengthening communities and engaging various stakeholders. Even just by planning, by being strategic, by working within communities to build these human networks, and by remaining flexible enough to adapt existing plans to new scenarios, cities are building the kind of civic capacity that Fallows saw on his travels.

And as cities build up their civic capacity, they’re also building resilience, an ability to adapt, grow, and transform after all kinds of disasters—and in response to a changing world.