Citizenship Begins at the Library 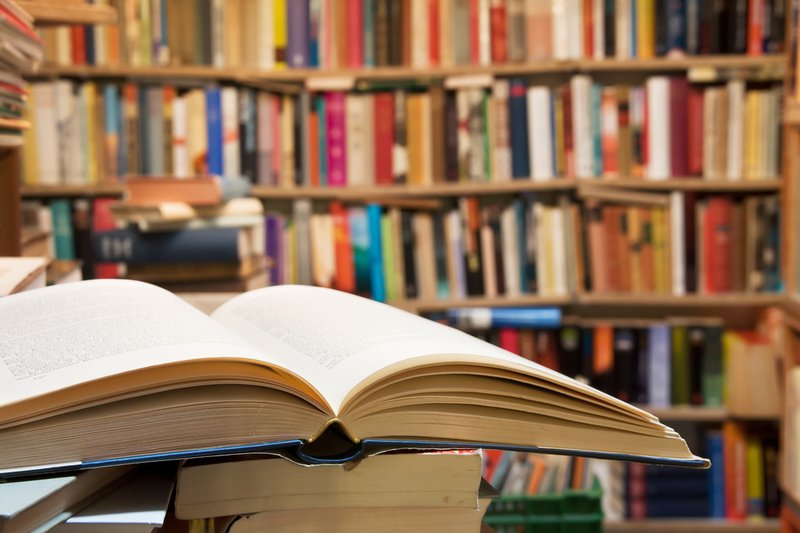 DENVER — On a recent wintry night outside west Denver’s Rodolfo “Corky” Gonzales Branch Library, green-card holder Ricardo Flores proved that he knows more about how the U.S. government works than many people who were born here.

Flores, who emigrated from Mexico six years ago, studied for weeks for a 100-question civics test that will accompany his Dec. 5 interview to become a naturalized American citizen. At the library, he aced a mock exam conducted by English instructor Joanne Kuemmerlin.

“How many amendments does the Constitution have?” Kuemmerlin asked. Flores answered: “27.” And, she queried: “If both the President and the Vice President can no longer serve, who becomes President?” His response: “The Speaker of the House.”

“I want to become a citizen so I can qualify for more jobs,” said Flores, a 33-year-old heavy-equipment operator who also practiced reading and writing sentences in English with Kuemmerlin.

Held in a facility ringed by multi-colored aluminum bands, which symbolize the neighborhood’s diversity, the practice session was part of a unique Denver Public Library program that seeks to integrate the city’s growing immigrant and refugee population into its 75 neighborhoods—and the country as a whole.

“I thought people would be fearful given the political climate of applying to become naturalized. We’ve seen quite the opposite—more people are applying, and they are more motivated.”

About 16 percent of the Mile High City’s 700,000 or so residents hails from outside the United States, and speaks more than 140 languages or dialects. This is the target audience for the library’s Plaza Program, offered at 10 of the library’s 26 branches. The 12-year-old initiative offers free citizenship, English, and art classes—as well as child care, homework help, and job search and legal resources—to largely Latino and Asian populations on the city’s north and west sides and African and Middle Eastern communities to the south and east. Forty-four hours of programming in 15 languages, including Spanish, Vietnamese, Somali, Chinese, Russian, Arabic, Persian, and Kurdish, are offered weekly, on alternating days, at participating facilities.

The effort hosts, on average, 1,800 visits by immigrants and refugees a month. Inspired by Latin American towns that rely on plazas as central gathering places, the program helped scores of green-card holders become citizens in 2017, even as more than twice the number of immigrants were deported from Colorado that year than in the previous one.

A push among Denver’s foreign-born population to gain citizenship, even as the Trump administration continues its crackdown, rhetorical and otherwise, on immigration, mirrors a trend nationwide. More than 754,700 immigrants became U.S. citizens during the president’s second year in office, the highest number since 2013.

From Los Angeles to Houston to New York City, librarians are looking to Denver’s Plaza program for inspiration as they seek to provide a safe, nonpolitical space to help immigrants and refugees figure out how best to integrate into the United States.

“The Plaza Program would be considered a model of best practice to be implemented in libraries nationally and internationally,” wrote Clara M. Chu, director of the Mortenson Center for International Library Programs, in an email. The center is working with the American Library Association to promote successful ways for libraries to serve people from other continents.

But how does it all actually come together? Denver’s grant-funded program operates on a $440,742 yearly budget that’s mostly used to pay 40 people who work between two and 10 hours a week, as well as two full-time and one part-time staff. Some of the program’s part-time employees are also immigrants who aspire to become full-time.

“I work two days a week trying to help newcomers out,” said Said Mohamed, 32, who emigrated to Denver from Kenya two years ago to join his family, and who provides interpreting and other assistance to Plaza program participants. “They need someone who speaks their language when they need help the most.”

Plaza also partners with nonprofits and city agencies to offer services and answer questions about everything from housing to résumé writing—to what appears to be great effect.

“About 60 to 70 percent of our participants reported in a survey that their financial situation was better after Plaza helped them with their English and their job search,” said Virginia Vassar Aggrey, program administrator for the library’s New Americans Project. “People’s incomes go up dramatically if they improve these skills.”

Somali Farhiya Mohamud, who emigrated to Denver six years ago, said that Plaza program staff helped with her résumé and cover letter when she applied to be a childcare worker. She got the job, added Mohamud, who brought her three kids to the Hampden branch on a recent snowy night for homework help.

“If I come to the library, I am assisted in every way,” she said in Arabic, with Mohamed interpreting. “It’s a good thing for us.”

Most Plaza participants return each week, forming bonds that ripple out into their communities.

“It’s both community building and resource driven,” said Jamie Torres, director of Denver’s Office of Immigrant and Refugee Affairs. “People who come to the Plaza program are also getting involved in neighborhood association meetings and other community activities.”

The free program is also filling in the gaps for other English-language nonprofits that face an escalating demand for their services without adequate funding to provide additional programming.

“We are often not able to meet the need for how many people want to participate in our classes, and so we have wait lists,” said Tiffany Pippin, adult education program manager at the nonprofit Spring Institute. “We sometimes refer people to the Plaza program because it’s a good option for people who want to come and go, [whereas] our classes are more structured.”

Even as the Trump administration seeks to deny entry and green cards to certain non-citizens if it considers them likely to be a “public charge,” the demand for assistance with the naturalization process, which includes a daunting 20-page application, a 100-question civics test, an English reading and writing section, and 50 questions about the applicant’s past, jumped in Denver.

“I thought people would be fearful given the political climate of applying to become naturalized,” said Naghem Swade, a program coordinator for Library Services to Immigrants and Refugees, which includes the Plaza program. “We’ve seen quite the opposite—more people are applying, and they are more motivated.”

Swade, who emigrated to Denver from Iraq and became a U.S. citizen at age 14, coordinates programs at all library branches with the goal of building common ground between residents. She also works with the city and county on a naturalization campaign drive to quell a misconception among green-card holders—that they’re safe from deportation.

“A lot of people assume that immigrants are a burden on their local community, but you can see here,” said Swade, gesturing toward a blue graphic posted on the wall at Denver’s Gonzales library, “that they paid $1 billion in state and local taxes in 2014.”

Flores contributed to this amount, answering question No. 6 in Part 12 of the naturalization application posed by Kuemmerlin as part of his recent mock interview. “Do you owe any overdue federal, state, or local taxes?” she asked, double-checking if his verbal response matched the one on his written application. “No, I don’t,” Flores replied.

Kuemmerlin also advised Flores that an immigration officer will test his English “from the minute” they begin the interview by making small talk about traffic and the weather. Posing as the officer, she asked: “Have you been preparing for this interview?” Flores answered: “Yes.”

“How?” Kuemmerlin questioned. Flores returned: “By studying at the library.”