Churches Are Forging Connections Beyond Worship 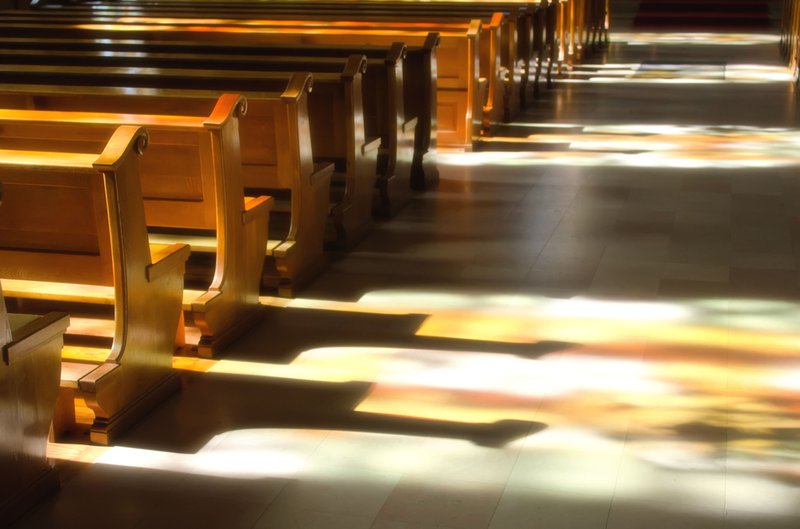 West Philadelphia’s Calvary Methodist Episcopal Church—located at 48th Street and Baltimore Avenue, and built over a century ago, in 1906—has a fascinating duality: It’s more than just a place of worship. Today, the church’s community center is a place where people gather for AA meetings, book clubs, and even the occasional birthday party.

But that hasn’t always been the case. By the mid-1990s, the church's turn-of-the-century architecture, which houses beautiful woodwork, a world-class organ, two stained glass domes, and two of the largest signed Tiffany windows in the Delaware Valley, was falling apart. The ceiling in the sanctuary and the chapel was leaking and falling down. The heater was beyond repair. The bathrooms weren’t even working.

It wasn’t just the church that was crumbling, though. It was also the neighborhood around it. Crime was soaring, and people avoided walking on the streets at night, if they could. But, fortunately, not everyone lost hope. Some people believed that things didn’t have to be that way.

Richard Kirk was one of those people, and he’s among a growing number of people looking to re-conceptualize sacred places—to make them into civic spaces that can serve their surrounding communities beyond faith and worship.

Kirk told me in an interview that he, alongside a group of West Philadelphia community leaders, realized that “it was necessary to save strategic places like this.” The community needed a place where people felt welcome—where they could come together and feel safe.

Why? Churches are one of the oldest spaces where Americans have been able to to engage with other members of their community. It’s often at church where newcomers meet their new neighbors, where they find others who share their values. Put another way, churches are places that unite. But even on top of all that, in socially strenuous areas, where resources might be scarce and where individuals might struggle to make ends meet, churches have, throughout history, performed another valuable role: They’ve served their communities by providing what they need most, from after-school programs to child care to vocational training.

But Kirk’s task wasn’t easy. How would they stop deterioration, revitalize the neighborhood, and make it once again appealing to Philadelphians? To save the building, the group needed the buy-in of an important group of people: the actual constituency the church wanted to serve.

So, Bob Jaeger, founder and president of the non-profit organization Partners for Sacred Places, brought together focus groups, and he asked them a simple question: “If we could save this building, what would you like to see happen here?” The idea was to help the church congregation serve people more effectively by helping it to better articulate stories of community support.

“We asked everybody, and we made real sure that we got to talk to everybody in this community. From the rich to the poor, every color of the rainbow, and we made sure we got everyone involved,” Kirk told me. “And not just church people—absolutely not. We went around to the surrounding community. Because we felt like if this was going to be anything, it wasn't going to be just a tiny Methodist congregation. We didn't want a church museum.”

It turned out that everybody wanted the same thing.

For one, the community wanted Calvary Church to remain a sacred place. But it also wanted the church to be a place where everyone could come together, and for it to become a beacon of hope in West Philly. “What if Baltimore Avenue could be a place where people came in the evening to be entertained, get dinner? And what if the space could open up for the community?” Kirk asked. But prior to the church’s metamorphosis, community organizations didn’t have a home base—a place to discuss these very issues. That made gathering difficult.

With help from Partners for Sacred Places, the Calvary Church developed a fundraising strategy, and with a grant from the William Penn Foundation, Kirk, Jaeger, and other community leaders were able to get their church in working order. In 2000, the Cavalry Center for Culture and Community was born. The center, which has become a community hub, has, in the years since it opened its doors, played a big role in revitalizing the neighborhood.

Indeed, the positive effect churches and other sacred places have in communities is cumulative. The presence of these institutions in communities is proof that physical capital can be an important contributor to human and social capital. A 2010 study, conducted by Partners for Sacred Places and the University of Pennsylvania School of Social Policy and Practice, looked at the economic impact of houses of worship in Philadelphia. The researchers added up numbers from direct spending, the value of daycare and K-12 programs, and these places’ ability to attract resources and volunteer labor. What they found was that 12 Philadelphia congregations contributed $52 million in annual economic value to the city of Philadelphia—an average of $4.3 million per congregation. Researchers call this phenomenon the “halo effect of sacred places.”

“People would come attend church services, and say, ‘I wanna live here,’ so they'd buy houses, open businesses. There was a halo effect right here from this building,” Kirk said.

Today, the Calvary Center serves as the unofficial town hall of its surrounding neighborhood. Moreover, the community shares this space with the large majority of residents who aren’t members of the church. As for the activities themselves, they skew broad: monthly meetings between the community and the police, children’s musical performances, Pentecostal worship services, Ramadan dinners, discussions of how to implement gender-neutral bathrooms.

When I asked Kirk what he’d say to someone who thinks that churches have no business having this mounting role in communities, he nodded to how his church’s work goes beyond religion.

“I’m idealistic, but I think this neighborhood is really special. It’s creating a community that America should become. I feel like we’ve gotten away from the best aspects of who we used to be—and we need to get back to that.”