A Chronic Problem: Violence Against Women in Turkey 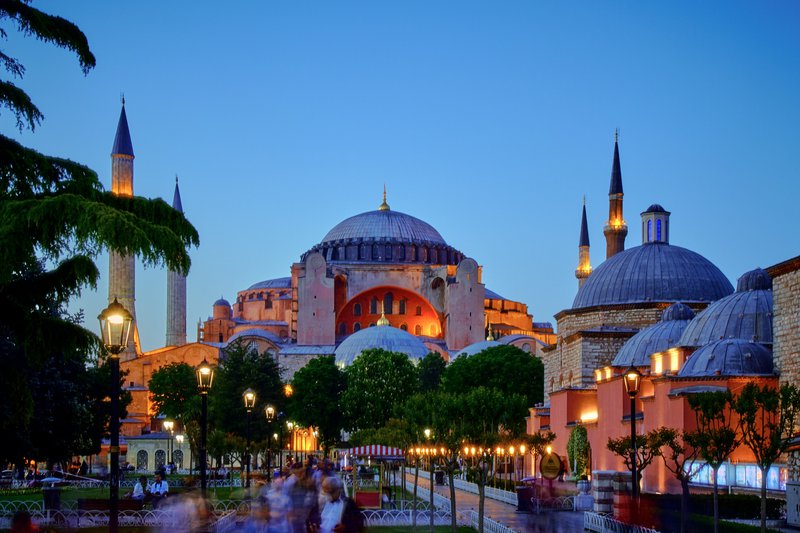 Turkey had a major victory on November 22nd when the Prime Minister withdrew a despicable bill that would have exonerated men convicted of having sex with underage girls if they subsequently married their victims. It was an abhorrent proposal that would have legitimized child rape and encouraged the outdated practice of adult men taking child brides. (1)

Turkey is a regional military powerhouse—it has NATO’s second-biggest military force, after the US—with the Turkish Armed Forces often venerated for ensuring Turkey’s democratic and secular traditions (although President Recep Tayyip Erdogan’s ongoing assertion of civilian control of the military continues to neuter the institution). (2,3,4) A reputation for robust security forces, however, contravenes jarring threats to human security within the country, particularly for women and girls who are sometimes viewed as second-class citizens (or, even worse, as property) by the very law enforcement officers meant to protect them. While security experts rightly focus on aiding refugees and stabilizing Turkey’s schizophrenic ISIS policies, attention must also be given to Turkey’s systemic failures to prevent and punish violence against women and girls within its own borders.

Women in Turkey enjoy far better legal protections than many of their Middle Eastern neighbors: sexual assault (including marital rape) and domestic violence are punishable, and divorce laws give women a stake in marital property. But deep-seated, restrictive views of women's roles still foment violence, and the patchy implementation of existing laws often fails to protect Turkey's more than 37 million women and girls.

The marriageable age in Turkey is 18, although parents can apply for exemptions for 16- and 17-year-olds. (5) Alarmingly, these under-17 marriage unions constitute one-third of marriages in Turkey—and that's without the addition of “marriages” performed illegally by religious figures, on girls as young as 10. (6) These girls often drop out of school to become homemakers, and, in short order, stay-at-home mothers.

Early marriage is particularly common in rural areas in southern and eastern Turkey, where poorer families might see a financial advantage to foisting teenage daughters onto another family. (7) Stories abound of teenage girls marrying much older men, as when a 15-year-old was forcibly married to a 40-year-old man who then beat her regularly. (8) As that anonymous woman describes, “all I wanted to do was to go out and play hopscotch with my friends. I used to dread night-times.” (9)

Protective legislation weakened in July 2016, when a judge struck down a law criminalizing sex with any person under 15 years of age. (10) The judge criticized the now-defunct law for failing to differentiate between someone who violates a 14-year-old versus a four-year-old. (11) Unfortunately, his decision generated a legislative void that will only embolden sexual abusers who would participate in either practice.

Child marriages have taken on a new dimension with the influx of nearly 2.8 million Syrian refugees to Turkey, including some 370,000 Syrian girls who are out of school. (12, 13) Many Syrian parents who married off their daughters in Turkey admitted in a survey that they would not have done so had they had more money; marriage seems a plausible way to keep food on the table. (14) With the addition of Syrian girls, the percentage of girls in Turkey marrying before age 18 has risen to 15%. (15)

Domestic violence is appallingly common, with Turkey's Ministry of Family and Social Policies reporting that a jaw-dropping 86% of women in Turkey reported experiencing physical or psychological violence from a partner or family member. (16) Over 300 women died of domestic violence in 2015 alone. (17) Anti-violence laws are on the books, but deterrence is limited because men convicted of domestic violence often receive lenient sentences if a judge deems their demeanor to be “positive and/or respectful.” (18) Occasionally, judges send women who report domestic violence home with the perpetrators. (19) In 2014, this led to dozens of women being killed by their abusive spouses even after applying for police protection. (20)

Violence comes from strangers, too. A 20-year-old student named Ozgecan Aslan was brutally murdered in February 2015 when she fought back against an attempted rape by pepper-spraying the bus driver who ultimately killed her. (21) Some criticized Aslan's clothing the night of her attack: a journalist explained, “perpetrators think that these women deserved to die. When a woman wears a miniskirt she deserves to get raped. When a woman doesn't do cooking and taking care of children and when she doesn't do that some men thinks she deserves to die.” (22, 23) Social taboos obviate justice in many such cases: “there are countless [other] cases like Ozgecan’s, where the family decides to hide all of the evidence instead because rape goes against their honor.” (24) Even if a case makes it to trial, a judge may lessen a sentence if the woman is deemed to have “provoked”—in clothing, appearance, or action—her assailant. (25)

Women who escape violent homes have few options for refuge. Turkey runs approximately 100 official shelters that accommodate fewer than 3,000 women, with overburdened non-profit organizations struggling to care for the remaining 20,000-plus women who seek shelter each year. (26, 27)

Activism may seem futile in a country whose President openly called women unequal to men, and where the Deputy Prime Minister urged women not to laugh in public, lest they “invite” unwanted male attention. (28, 29) Luckily, President Erdogan's authoritarian style has not yet silenced Turkey's robust human rights and feminist movements. The recently-rescinded bill was withdrawn only after enormous protests by hundreds of men and women, as well as an online petition signed by 800,000. (30) Hundreds of men demonstrated after Aslan's death, with hundreds marching in miniskirts in Istanbul, and hundreds more posting pictures of themselves wearing skirts on social media, with the hashtag “wear a miniskirt for Ozgecan.” (31)

Women are also taking matters into their own hands. To combat domestic violence, one NGO has started providing free shooting and martial arts classes for women (although strict gun laws render the shooting lessons more symbolic than actionable). (32) On the problem of child marriages, others are trying to solve the root problem of economic dependence in a country where fewer than one-third of women earn their own income. (33) Accordingly, numerous charities are giving girls job training and scholarships in order to break a cycle that yokes girls to male providers. (34)

Technology helps, too. The “Easy Rescue” app covertly connects Turkish users to police and ambulance services when they shake their phones; it has been downloaded more than 250,000 times and used 10,000 times. (35) Vodafone Turkey, who produced the app, marketed it toward women by writing information about it in the labels for women's underwear and swimsuits, and within videos about makeup. (36)

Human rights defenders in Turkey must not be cowed by the size of the task in front of them. Child marriages and rampant domestic violence are the twin results of backward views that see women and girls as property or second-class citizens, rather than complete people inherently deserving of human rights. Continued activism can push those dangerous, outdated views forward, to achieve progress in the dual arenas of legislation and cultural change.