The Case for More Religion in Public Life 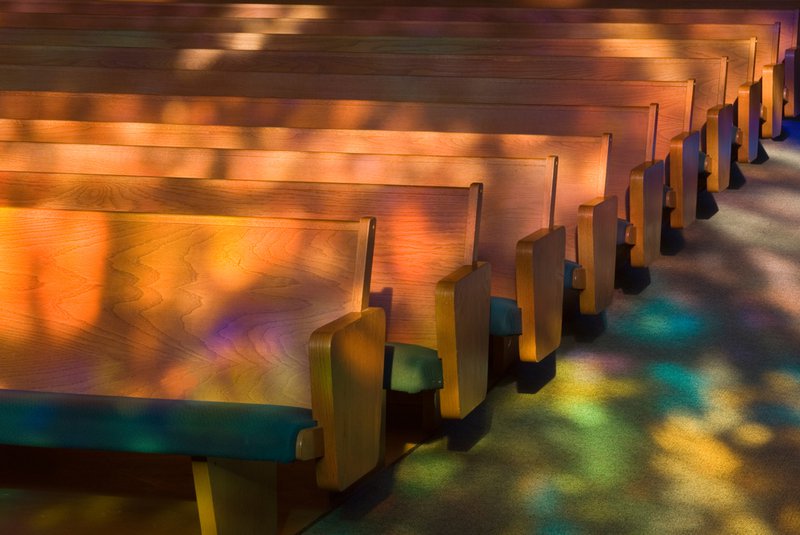 The U.S. Committee for International Religious Freedom has gained a new acolyte: Tony Perkins. As commissioner, Perkins’ mission will be to “[monitor] the universal right to freedom of religion or belief abroad” and make “policy recommendations to the President, the Secretary of State, and Congress.”

But Perkins is also the president of the conservative Christian lobby Family Research Council, and he’s been deemed “the Alex Jones of the Christian Right: hyperbolic, outrageous, thin on facts, and thick on melodrama.” He’s warned of a white Christian holocaust, claimed that gay teens are depressed and commit suicide because they know that they’re abnormal, and tried to get the GOP to endorse ex-gay conversion therapy. The list goes on.

Perkins’ appointment follows other alarming developments, such as restrictions on who is and isn’t allowed to serve in the military based on gender identification, as well as so-called freedom of religion executive orders that some argue are veiled cartes blanches for discrimination against LGBTQ individuals and other minorities. As the New York Times reported, these events stem, at least partially, from “lobbying by evangelical Christians and other conservative groups.”

In all that, it seems like the religious right is winning—and big. And as conservative religious values continue to permeate U.S. policymaking, there’s a strong argument to be made that religion doesn’t have a place in politics. But I beg to differ: It isn’t so much that the Christian right needs to go away, or that America needs less religion. To the contrary, it needs more—from people with an inclusive vision of what faith can look like.

Much like the argument my colleague Lee Drutman makes for why we need more representative lobbying—so that all society’s interests are represented, rather than just a select few—more religious denominations should have access to the process of policymaking. In other words, the issue isn’t that religion has too much of say in policymaking. It’s that not all different denominations have a say.

This is important for a few reasons. The first is that, from a democratic point of view, public forums ought to aim to include more, not fewer, opinions. James Madison, writing over 200 years ago, knew this. For instance, in Federalist No. 10, when warning about the dangers of factions and how to manage them, he argued that “there are… two methods for removing the causes of faction: the one, by destroying the liberty which is essential to its existence; the other, by giving every citizen the same opinions, the same passions, and the same interests.” Madison quickly dismissed those solutions as “unwise” and “impracticable.” You could extend this line of thinking: To argue that the Christian right shouldn’t be allowed to voice its views on policy is similarly undemocratic, and to hope for a day when all Americans believe in the same God, read the same sacred text, and uphold the same values is a recipe for disaster. “Government’s first object,” Madison believed, is to “protect the diversity of faculties of men.” (This isn’t to say, of course, that values that foster discrimination shouldn’t be critiqued or fought against.)

The solution, then, is perhaps to ensure that all views are represented. In this case, that means guaranteeing that white evangelical, Muslim, atheist, progressive, and conservative voices have access to and are represented in the public sphere.

From a strategic point of view, a wider tapestry of religious voices could go a long way toward providing a political home to people who are religious but feel that the Republican Party, in particular, doesn’t represent them. According to a 2018 Pew Research Center report, when it comes to education, ethnicity, and religion, the Republican and Democratic parties are more different now than at any point in the past generation. More specifically, while “religiously unaffiliated voters, who made up just 8 percent of the electorate two decades ago, now constitute… 24 percent of all registered voters,” both parties are still largely made up of voters with some sort of religious affiliation (67 percent on the Democratic side, and 87 percent on the Republican side).

And, while the majority of white evangelicals (77 percent) lean toward or identify with the Republican Party, the divide isn’t so clear on the Democratic side. Eighty-seven percent of black Protestant voters skew Democratic. Hispanic Catholics, too, tend to vote Democrat over Republican (64 percent). What’s more, 2 out of every 3 Jews identify as Democrat. The Democratic Party, however, hasn’t done a very good job of more fully embracing this particular voter base.

As a result, ensuring that religion in public life isn’t dominated by a one-sided narrative of what it means to give voice to people of faith is part of what organizations like Faith in Texas and Faith in Public Life do.

Lydia Bean, the executive director and chief strategy officer of Faith in Texas, told me that this vacuum played an important role in the 2016 elections. For Bean, the Democratic Party “forgot that many groups in their base are pretty religious, and they didn’t incorporate that into their strategy, which depressed turnout.” She continued, saying that “if you’re basically telling people that the most important institution in their life doesn’t matter, and that it shouldn’t have a voice in politics, then you can’t be surprised they’re not voting for you.” Not explicitly bringing up religion, and letting one particular (and sometimes corrosive) group set the tone for what religion and faith can look like in America, is costing Democrats votes, she explains.

On top of that, it’s through religion that many people make their foray into civic life. It’s at community meetings, fundraisers, and overall congregational activities where people often familiarize themselves with democratic processes that are sometimes replicated outside religious spaces. But as researchers have pointed out, “if the Christian right is making religion difficult for marginal identifiers to maintain a religious identity, then it might make it difficult for religious organizations to recruit as well by further segmenting the market.” This, as a consequence, can mean that one of the most traditional civic spaces in American history is underutilized, in no small part because the Christian right tends to serve as a proxy for religion as whole.

With a national network of nearly 50,000 clergy and faith leaders, FPL trains faith leaders to be better communicators, and gives them the tools to help them counter the narrative that religion equals prejudice, discrimination, and regression.

In her own Madisonian approach to the idea of religion in public life, Rev. Jennifer Butler, founder and CEO of FPL, says, “We live in a democracy, and for democracy to thrive, there have to be robust debates from a multitude of perspectives and a diversity of perspectives. That’s what makes democracy great and strong, because everybody can weigh in.” She continued: “Whatever your religious or ethical perspective, even if it’s a non-religious perspective, it needs to be out there. I think that it enriches the conversation. I want to know how a Muslim thinks about SNAP cuts. I want to know how a Catholic or a Jew thinks about it.”

Faith in Texas has a similar mission: “to bridge people across racial and religious divides,” Bean told me. “We have a concern for engaging white Christians, South Asian Muslims, black millennials. It’s both-and. It’s not left versus right.”

Of course, changing the notion of what a person of faith in America looks like will take a work. “Those of us who are white Christians need to step up and say that we’re going to do better,” Bean told me. “We need to take the initiative. I feel like the ball is in our court. White Christians have a responsibility to take concrete steps toward repentance, reconciliation, and healing, before we can ask anyone to take us seriously.”

Likewise, for Rev. Butler, “it’s morally incumbent on [the faith community] to give people a different path forward, especially when they feel discouraged by the Christian right’s positions on LGBTQ issues, or on who is suicidal because of what the Christian right is saying about being gay or lesbian or transgender.”

It may seem like the Christian Right is winning a few battles. But people of faith on the left, like Bean and Rev. Butler, are working to imagine a new script.