Can Political Violence Be Prevented in the United States? 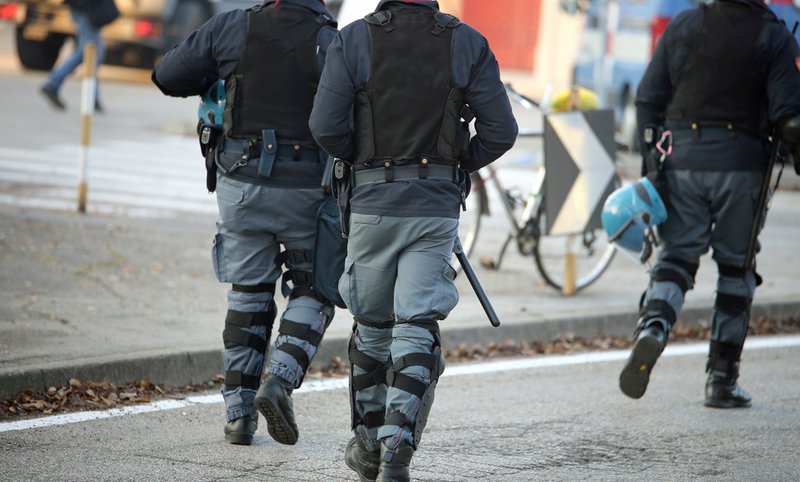 Earlier this month, President Donald Trump declared that ISIS will be defeated “probably next week.”

While this may be true for the last sliver of ISIS’s self-styled geographical caliphate in Syria, ISIS ideology continues to inspire militants, some of whom have carried out lethal attacks even as their caliphate has been dramatically shrinking.

Consider how, in Manhattan in October of 2017, inspired by ISIS, Sayfullo Saipov killed eight people using a vehicle as a weapon. In many instances, including Saipov’s, those who are radicalizing do so because of what they’re viewing online.

This isn’t just the case of ISIS followers—but also of other extremists in the United States.

In late October of last year, Robert Bowers killed 11 people at the Tree of Life Congregation Synagogue in Pittsburgh. Bowers was active on far-right websites.

Other than using typical law-enforcement techniques, such as informants and undercover officers, how can such political violence be prevented even before it happens?

A case study for how to do this is the Twin Cities in Minnesota. Because of the significant Somali-American population in Minneapolis-St. Paul, al-Shabaab, a terrorist group in Somalia, and later ISIS both targeted Somali-American youth in Minnesota for recruitment.

The Somali-American community in Minnesota is one of the poorest and least educated in the United States; the yearly median household income is $18,000 for Somali-American families, and only 11 percent of adults have bachelor’s degrees or higher. Both Shabaab and ISIS had some success in recruiting young men from this demographic to their cause, which is why the Twin Cities have been at the forefront of larger efforts to stem violent extremism. These efforts, commonly referred to as countering violent extremism, or CVE, are a set of measures designed to combat how violent extremist groups radicalize and recruit supporters.

The Obama administration set up a $15 million CVE program as a public-private partnership working with local communities. Initially, that funding was earmarked for the Department of Justice, which meant that it was seen purely as a law enforcement measure by some in the Somali-American community, who criticized CVE as a surveillance program aimed at Muslim-American communities. “For the U.S. attorney’s office, the office that’s supposed to prosecute people, to join social service initiatives, that creates a lot of suspicion among the community,” Minnesota Imam Hassan Jaamici Mohamud told The Guardian in 2015.

Some Somali-Americans have also felt that organizations that accepted CVE funding had sold out to the government. “Government programs can’t be trusted. Some locals were selected to help and were handpicked by the FBI to help,” a liaison from the Twin Cities public schools to the Somali-American community told one of the authors last year.

Still, there may be a way forward. Organizations like the Minnesota-based Ka Joog and Ummah Project work to turn youth away from potentially negative influences. Each of these organizations offers community-focused programming, including performance art, free after-school mentoring and tutoring, and youth meditation training.

We’ve studied the successes and challenges of groups like these. Here’s what we’ve learned.

For one, it takes time. Building community trust doesn’t necessarily happen on tight government timelines. Political and budget cycles operate with fast turnaround times that may not be conducive to building strong local programs quickly. In fact, many of the most successful youth programs in the Twin Cities were well-established before federal CVE funding became available during the second term of the Obama administration.

Second, it’s best to ask the youth about the design of the programs intended to help them. The CVE programming in Minnesota didn’t appeal to young Somali-Americans because they didn’t want to be tagged as potentially violent extremists based solely on their religion or where their families had immigrated from.

Third, local government representatives are in a much better position than federal ones to work with their constituents. They know the key concerns, weaknesses, and strengths of a community. Local government members are also familiar with civil society leaders, and can make connections among educators, government, and nonprofits. Take how the Somali-American community recently amplified its political representation with the election of Representative Ilhan Omar to the U.S. House of Representatives, as well as with Minnesota House Representative Hodan Hassan and City Council Member Abdi Warsame.

And fourth, integrating law enforcement into efforts to prevent violent extremism has to be done carefully. The relationship between a community and law enforcement is complex; it can make or break CVE programs because fear can dominate people’s choice to participate.

For instance, in the first CVE program in Minneapolis-St. Paul carried out by the Department of Justice, mid-2000s al-Shabaab recruitment greatly influenced how law enforcement tackled ISIS recruitment efforts years later. More specifically, the CVE programming raised concerns with some Somali-Americans who had been traumatized by previous interactions with the FBI. Mohamud Mohamed, a student at Augsburg College in Minneapolis, said in 2016, “I’m being pushed into the margin, as inherently violent, inherently extreme, someone that needs to be saved from their own devices. And that’s deeply troubling. And I can’t ever sign onto that.”

Indeed, politicized conversations around immigration, violence, and religion can complicate CVE efforts. This is true in Minneapolis-St. Paul, where some Somali-Americans are against any CVE efforts while others are hopeful of its potential—if executed from the ground up.

Ka Joog and the Ummah Project were two of the organizations to receive CVE program funding in Minnesota. Over time, a little more than a million dollars of federal funding went to CVE programs in Minnesota, but Ka Joog turned down nearly $500,000 due to concerns over the Trump administration’s Executive Orders focused on halting travel from a number of majority-Muslim countries, including Somalia.

Of course, some in the Somali-American community continue to support CVE programs. This is despite the fact that measuring the success of these programs is hard because success is a young person who rejects the ideology of a group like ISIS—something that’s harder to identify than, say, an indictment of an individual who has adopted ISIS’s ideology.

Importantly, CVE programming is still in its infancy, and it’s relatively inexpensive. It’s certainly a lot less expensive than locking up violent extremists or dealing with the aftermath of a violent attack.

“We have been discussing CVE for a long time, and experimenting with small projects for a short amount of time. The truth is, we will not truly know what we are capable of in violence prevention until we scale efforts and measure the results,” says former State Department official Ryan Greer, who’s currently a fellow with New America’s International Security Program.

The Trump administration hasn’t renewed the countering violent extremism program grants instigated by the Obama administration. But groups like the National Governors Association are working on CVE measures, which it refers to as preventing targeted violence, and there are similar programs in Colorado and California.

While there are no prescribed processes that work, community collaboration is key to successful prevention efforts. Indeed, the communities that are getting this right are those where everyone has a seat at the table, especially the younger generation at which these programs are aimed.