Can Brazil Get Its 'Beautiful Game' and Political Groove Back? 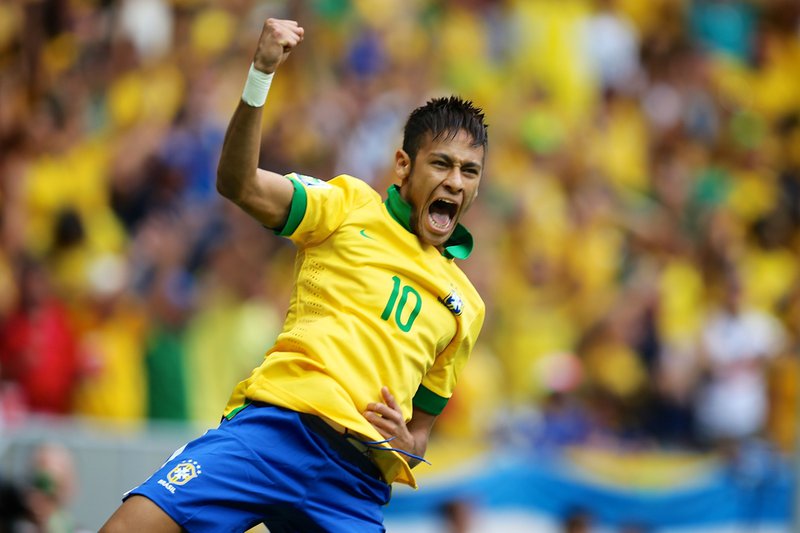 Normally, Brazilians would be ignoring politics this summer. And that’s largely because the World Cup gives them a quadrennial opportunity to outperform their country’s geopolitical stature, lording its storied “Beautiful Game” over world powers such as Germany and, well, Germany (the United States didn’t qualify for this World Cup).

But this time around, something is different. Both on the pitch and in politics, Brazilians are less willing to sit back, relax, forget about their problems, and watch Neymar work his magic on the field.

The story of how Brazilians have become increasingly disenchanted with soccer parallels a much more important one. It’s a story of a people who have grown tired of politicians and institutions that don’t represent them. It’s the story of a country that’s been grappling with its largest corruption probe yet and its serious economic consequences.

Some of this resentment toward the tournament began in 2014. That year, the Brazilian government decided to foot 90 percent of the $15 billion bill to host the tournament, which at the time was its most expensive iteration. Despite the government’s claims that the returns would be worth the investment, for many Brazilians, that money should’ve gone toward the schools, hospitals, and highways that were falling apart. Others worried about politicians and businesses that might be inclined to use the new investments in infrastructure as an opportunity to siphon off money into their own pockets. After all, corruption in Brazil is almost as commonplace as boys playing soccer on the side of the road.

Around the same time, a massive probe, led by the country’s judiciary, began to dig deep into shady deals between politicians, their respective parties, Petrobras (Brazil’s state-owned oil company), and some of the country’s most prominent construction companies. Through a system that awarded construction companies contracts in exchange for kickbacks and political donations, Brazilians saw nearly all their country’s political class implicated in what became one of the biggest corruption scandals in history. A while later, reports surfaced confirming that certain stadiums that had been built for the 2014 World Cup were also linked to the same construction companies investigated in the corruption probe, which explained their inflated budgets.

The purity of soccer became tainted by the grime of corruption.

As Brazil’s economic and political chaos unraveled, its national team made headlines across the globe when it suffered an embarrassing 7-1 defeat to Germany at the 2014 World Cup semi-finals. But beyond being the end for Brazil in its pursuit for its sixth title, that loss took on a symbolic role for many Brazilians: Their low wages, ballooning bills, precarious public transportation, and violence made them feel that they were losing on more than just the sports front.

Brazilians’ mood continued to sour as a major corruption crisis rampaged through FIFA in 2015. Fifagate—an investigation conducted by the FBI—found “rampant, systemic, and deep-rooted” corruption. Among those involved in the scandal was Ricardo Teixeira—the former Brazil football federation chief—who was accused of being “involved in criminal schemes involving well over $200m in bribes and kickbacks.”

In turn, Brazil’s reputation within the international community has gone from being the country of soccer and, most importantly, a rising economic star in Latin America and the world stage, to the country of economic crises and political scandals. As Brazil struggled in 2016 to overcome its worst economic recession in history, then-President Dilma Rousseff was impeached, politicians were sentenced to a combined 1,900-plus years of jail time, and unemployment reached 12 percent of the population. It went from having its largest GDP growth (7.5 percent) in 20 years, to reaching a consecutive annual decline of 3.6 percent between 2010 and 2016.

Since then, Brazil has continued to endure its share of political and economic crises. More recently, Brazilians saw their beloved former president, Lula, sentenced to 12 years in prison for accepting a beachfront apartment plus $1.1 million-worth of improvements from a construction company, in exchange for helping the company obtain contracts from Petrobras.

Even Brazil’s victory—toilsome and agonizing—over Costa Rica last Friday seemed like an allegory for the country’s overall tenuous state of affairs. Known for the ease with which it used to play, its former level of comfort with the soccer ball, and the joy it once brought fans all around the world, the team has continued to disappoint. Likewise, the promise of Brazil, as the economic darling of Latin America, is, at least for the time being, no more.

As the October elections loom, Brazilians are thinking hard about who can get the country out of its funk. More specifically, they’re readying themselves for what may be be one of the most consequential elections of a generation. For 31 percent of them, the fight against corruption is their No. 1 concern. But even though 30 percent of voters believe that Lula—whose televised trial was more popular than any telenovela simultaneously airing—could be Brazil’s savior, it’s still unclear whether the former president will be able to run.

And yet: Brazilians don’t want their “reality respite” to come from politics. And yet, and yet: It seems that they don’t want it to come from soccer, either. In fact, some Brazilians take pride in rooting against their national team. Beyond the lost pride as a consequence of the team’s poor performance in the last two tournaments, Brazilians are also fed up with the “out-of-touch-ness” of the many players who, after many years living abroad and playing for European teams, don’t seem willing to work hard when they’re wearing “O Canarinho”—the yellow jersey that epitomized soccer. Others root against the national team as a form of protest against the “elitization”of the sport, with expensive ticket prices that send the message that soccer isn’t for the poor. And still others—most, actually— believe that the World Cup is nothing more than a distraction from what really matters: their country’s political situation and the October elections.

While Brazilians still appreciate the opportunity to escape their daily struggles, a World Cup victory isn’t the kind of victory that their country needs, or that its residents necessarily want. And even though fans yesterday got a glimpse of what Brazil’s “Beautiful Game” can look like via the team’s victory against Serbia, pushing it forward on its path to a sixth title, Brazilians’ priorities are changing.

After every match, the World Cup moves closer to its end, and Brazilians move closer to to the polls. And they’re playing no games.