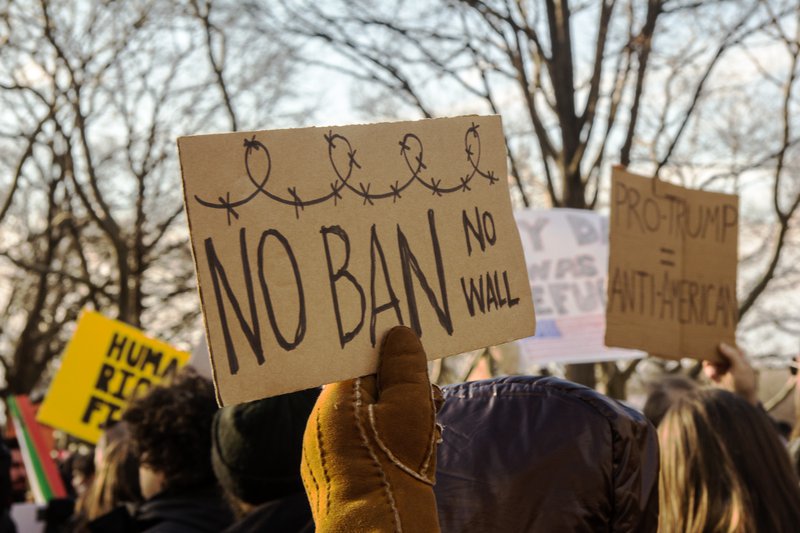 Debates over immigration policy can quickly become thorny and divisive. Questions of citizenship—who gets to be a citizen, and why—are personal and tied up in our notions of identity and nation. From the impassioned protests at airports in the wake of President Donald Trump’s travel ban to the raucous energy of his supporters as he called for tougher immigration policies at campaign rallies, there are undoubtedly deep ideological divides over how to approach this issue. Many conservatives, for instance, are often concerned with what they perceive to be rule of law, security, and the preservation of American values, while many liberals have an eye to equality, diversity, and openness.

The story of this ideological divide is firmly intertwined with race, class, culture, and geography. Paired with our history of federalism, Americans’ diversity of thought has always meant states could be laboratories for policy—immigration is no different. From the passage of a sanctuary city ban in Texas to efforts by schools to protect undocumented students from immigration authorities, our national debate over immigration policy is largely taking place at the state and local levels.

This all speaks to a key question: With such widely disparate approaches to state-level immigration policy, how can these visions be reconciled?

Heather Hurlburt, director of the New Models of Policy Change program at New America, moderated a panel about the roles that state and local governments have played in shaping immigration policy. Adam Hunter, former acting chief of staff at US Citizenship and Immigration Services, and Jude Joffe-Block, a fellow at New America, contrasted the immigration policies of California and Arizona, respectively. Where California offers employment protections for undocumented immigrants, Arizona made working with fake identification a state felony to directly target them. In Arizona, undocumented immigrants who apply for state benefits are cross-checked and reported to immigration enforcement. In California, the single payer health care being considered by the state legislature specifically protects undocumented immigrants’ access.

Perhaps most consequentially, California’s TRUST Act has prohibited state and local law enforcement, as well as other agencies, from cooperating with federal immigration authorities. That level of state protection is a world away from Maricopa County, Arizona, where former Sheriff Joe Arpaio ruthlessly pursued undocumented immigrants through a partnership with ICE under Section 287(g) of the Immigration and Nationality Act. From traffic stops to workplace raids and deportation hotlines, Arpaio made sure undocumented immigrants always faced the threat of deportation.

For the largely white Republican base that had elected the state legislature and the sheriff, the security Arpaio claimed to bring was comforting. For immigrant communities, those policies induced a constant state of terror. Joffe-Block says Arizona residents have told her “it didn’t feel like America.” That may be how many Americans feel, but for those who voted for the officials who wrote and enforced those laws, Arizona’s immigration policy is what America should be. And in the aftermath of Donald Trump’s election and the shift to stricter policies in Texas, it can be tempting to view the forthcoming debates over policy as a fierce ideological battle.

But Ali Noorani, executive director of the National Immigration Forum, disagrees. He says that most Americans are less interested in one of those extremes and more concerned about dealing with the implications immigration has for their culture and values. States like California may have a long history of welcoming immigrants, but much of the growth in immigration populations over the past 30 years has been in the Midwest, the South, and the mountain states. Noorani believes that these cultural anxieties can’t be beaten by a political strategy focused on mobilizing immigrant communities alone. Instead, he has worked with leaders in the faith and business communities to address questions of what it means to deal with immigration responsibly—asking questions like, how can immigration be reframed with values of family, security, and hard work?

Noorani explained that last year, legislation in South Carolina threatened to restrict the work of refugee resettlement groups in the state, placing strong roadblocks in the way of refugees hoping to settle in the state. In response, an organizer for Noorani’s organization helped faith leaders from the Southern Baptist, Catholic, Lutheran, and Jewish communities come together with the ACLU to make the case for refugee resettlement on the basis of religious liberty—and they won.

What happened in South Carolina illustrates that the way we frame issues can help us reach across the divides of culture that have paralyzed our political process. This strategy is also being used successfully to implement criminal justice reforms at the state and local level, an effort that has attracted attention thanks to high profile endorsements from conservative stalwarts like the Koch brothers. As Congress lies paralyzed with endless partisan bickering and the executive branch remains woefully ineffective at moving forward on its broader policy goals, state efforts to bridge our divides and come together for solutions represent some of the most promising arenas for political change.

Attempts at coalition building won’t succeed by eliding or erasing our cultural and ideological differences, but instead, by embracing them. Liberals can learn to appeal to conservative values when discussing issues ranging from the environment to paid family leave by framing them in terms of loyalty and patriotism. And conservatives can learn to talk about fairness and transparency when approaching tax reform, or equality and justice on national security issues. Our division is apparent and obvious, but rather than view our debate as a choice between California or Arizona, Alabama or New York, we have to find areas of common ground and learn from our neighbors. Doing so may be the only way to renew American democracy.