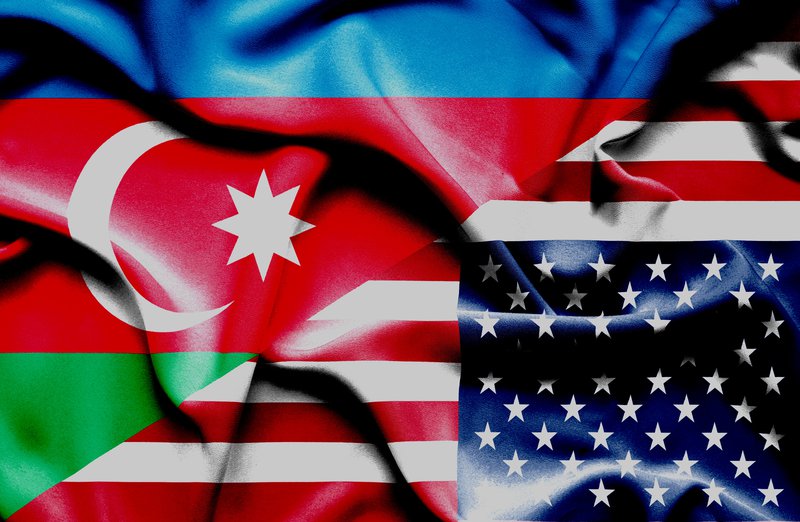 Headlines like “How Azerbaijan and Its Lobbyists Spin Congress,” “Inside Azerbaijan’s Bizarre US Lobbying Push,” and “How Azerbaijan Built a Stealth Lobbyist” reflect the kind of coverage Azerbaijan and its lobbying efforts—devised to draw attention away from a dismal human rights record—have received recently. These efforts reportedly include expensive lobbyists in Washington, junkets to Azerbaijan for members of Congress, and similar trips for state legislators that have given rise to a bloom of pro-Azerbaijan resolutions in state houses across middle America.

Stories of such trips to Azerbaijan and its capital, Baku—inevitably described as replete with posh galas, five star hotels, and high powered beltway lobbyists—are often compelling and colorful. They offer a clear and simple explanation for continued US support for a demonstrably authoritarian regime that arrests journalists, sharply curbs freedoms of speech and assembly, commits egregious election fraud, and is wrought with endemic corruption.

But this explanation does not tell the full story of how lobbying or US foreign policy work or why a non-democratic regime like Azerbaijan (which is hardly alone) enjoys U.S. support. Ultimately, lobbying itself is not the problem, but a symptom of deeper issues stemming from long-obsolete policy assumptions in the West about Azerbaijan’s strategic value.

Stories of excessive Azerbaijani lobbying confirm some of our stereotypes about a policy process dominated by money. In some ways, Azerbaijan—because it is a distant, post-Soviet, and poorly known country in the U.S.—lends itself to being caricatured as a of a generic, oil-rich dictatorship eager to peddle influence. And there is definitely some accuracy to such characterizations. State legislators who pass pro-Baku resolutions (which have no legal authority at home but reportedly get used as propaganda abroad) after returning from caviar-fueled junkets are clearly being influenced. Similarly, members of Congress who enjoy support or close relationships with Azerbaijan’s lobbyists are more likely to support Azerbaijan’s regime and present it as more democratic than it is.

But attributing U.S. policy to Azerbaijan’s lobbying overlooks the reality that while lobbyists are important and often powerful, they rarely if ever set foreign policy. Nor do they act independently of the broader Washington policy community. The most important tool for any lobbyist is their network of relationships in government. As a rule, lobbyists do not jeopardize those relationships—especially on behalf of foreign clients.

The Podesta Group, a prominent lobbying firm with strong ties to the White House and the Clintons, receives some $50,000-$75,000 per month from Azerbaijan and is a good example. For the Podesta Group to risk its relationships over an average sized (by Washington political standards) retainer would be foolish. The fact that such a respected establishment firm accepted a contract with Azerbaijan is a signal that Azerbaijan, despite its repressive policies and the concerns raised by some in the US government, remains in relatively good standing in Washington.

But if not lobbyists, what explains friendly U.S. policies towards Azerbaijan? The short answer is familiar: energy. Azerbaijan is about the 23rd largest oil producer in the world and about 33rd in international gas production. Hugging the Caspian Sea’s western coastline, Azerbaijan is seen as ideally situated to carry hydrocarbons to European markets. But more urgent is Azerbaijan’s presumed role as an alternative energy source and corridor, as Europe currently relies heavily on Russian oil and gas to power its large economy, granting Moscow a near-energy monopoly.

By the mid-2000s, in spite of Russian opposition, Azerbaijan transformed from a sleepy Eurasian backwater into a booming petro state and centerpiece in the Western strategy to diversifying European energy supplies. And conveniently, Azerbaijan had also become a key outpost in the Western quest to isolate Iran. Studiously secular Azerbaijan had long sparred with revolutionary Iran over religious extremism, Caspian Sea borders, and even its very existence—northern Iran is also known as Azerbaijan, leading to conflicting claims over territory and identity. Baku became an enthusiastic player in the West’s Iranian strategy, even forging an unlikely alliance with Israel and reportedly played host to Western surveillance efforts in the region.

With this narrative of Azerbaijan as a key non-Russian conduit for energy to Europe, a Muslim-majority friend to Israel and partner in fights against terrorism, and a bulwark against Iran’s reach across borders—much of it woven by Western policymakers themselves—in place, no lobbyist would give a second thought to taking a contract with Azerbaijan.

But reality in Azerbaijan has changed and Western policymakers, analysts, and lobbyists need to catch up. Today, it’s easier to ascribe chummy US-Azerbaijan relations to lobbyists precisely because it’s grown harder to pinpoint the value of strong ties between Western priorities in the region and US support for Baku—now that almost every major aspect of Azerbaijani convergence with Western interests has dissipated. Azerbaijan is no longer the energy wunderkind it was in the 2000s. Azerbaijani oil production peaked in 2010, and is on course for steady decline—just as oil prices stall at unprecedented lows. And while gas from Shah Deniz II has received international attention, it will never compensate for the decline in oil production, not to mention collapsing oil prices. More broadly, Azerbaijan will never be more than a bit player in the European energy mix.

At the same time, Azerbaijan’s potential as a security foothold against Russia and Iran has never materialized. While many analysts predicted the Russian intervention in Ukraine would pull Baku ideologically closer to the West, due to its own sensitivities over the Armenian occupation of its territory, the opposite has happened. Instead, the Azerbaijani regime saw “Euromaidan” protests that toppled ex-Ukrainian President Viktor Yanukovich as the greater threat. Fearing a “color revolution”—an effort fueled by protest or civil disobedience to oust a government deemed corrupt, abusive, or undemocratic—Azerbaijan embarked on an unprecedented campaign of domestic repression against human rights activists, civil society organizations, and the last vestiges of independent media.

Azerbaijan-Iran relations have also dramatically improved. Far from the acrimony that characterized ties a few years ago, Baku now cautiously embraces Iran. Iranian President Hasan Rouhani made his first visit to Azerbaijan in November 2014, where the two sides signed political, cultural, and economic agreements. Azerbaijan’s government even called Iran a strategic partner against “Western hatred” of Islam. And over the last year, a steady trickle of Iranian clerics returned to Azerbaijani mosques after being expelled en masse in 2011-2012. Worryingly, as the regime cracked down against its Sunni community, it has begun to increasingly adopt majoritarian Shia rhetoric—perhaps as a nod to its new friends in Tehran.

Azerbaijan’s hired guns in the US and Europe are crafting policy based on dated assumptions. Lobbyists may have failed to appreciate recent shifts in Azerbaijani foreign policy, but this is largely because U.S. and Western policymakers are also reading off an outdated playbook. Lobbyists, even if they are knowingly misrepresenting the facts, are largely successful because they speak to prevailing assumptions. When it comes to most things Azerbaijan, a fair cardinal rule is to always “follow the money.” But in this case, following the money back to lobbyists can obscure more than it reveals.