Between a Rock and a Gentrified Place 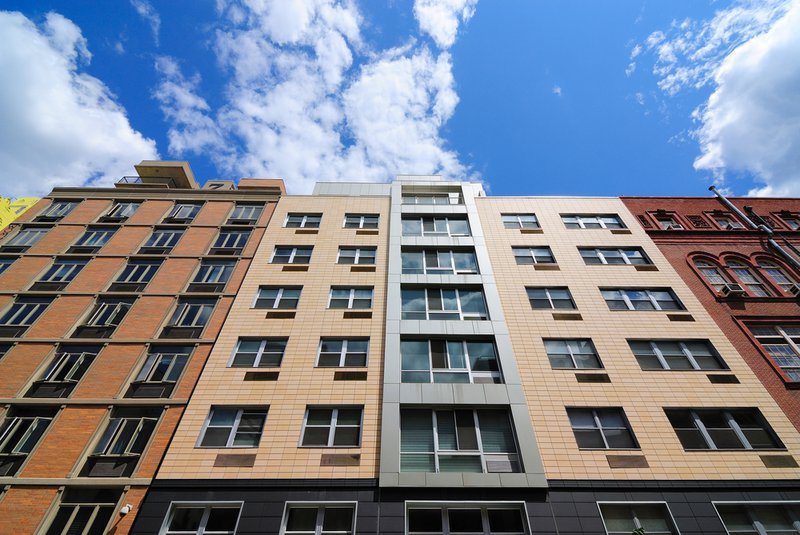 These days, Denver boasts among the nation’s lowest unemployment rates and highest workforce participation. And yet, its runaway economic success threatens to homogenize the historic and culturally unique neighborhoods that made it attractive in the first place.

Speculators are buying properties in ethnically and racially diverse communities at a breakneck pace. This rapid depletion of housing inventory is, in turn, causing double-digit rent increases and forcing out families who’ve lived in the Mile High City for generations. The change is so jarring that low-income communities on the city’s northern edge recently printed T-shirts and yard signs with the slogan, “My barrio is not for sale.”

“The Eleventh Hour has arrived for Denver communities facing imminent threat from involuntary displacement,” wrote 197 residents from this area, known as Globeville and Elyria-Swansea, to Mayor Michael Hancock in 2017. “Neighbors, city legislators, planners and investors are at a precarious crossroads where we must decide what kind of city Denver will be for generations to come.”

To help figure this out, Hancock, who’s running for a third term in May, unveiled what he calls an “equity platform” that in part will provide resources to residents and businesses facing significant change in their neighborhoods.

A Neighborhood Equity and Stabilization Team, or NEST, is directing the effort. Headed by former state Senator Irene Aguilar, the initiative is working with city agencies and community partners to provide affordable housing and business assistance to communities to “blunt any threatened loss of culture, character, and community that investment can cause,” Hancock said in July in his “State of the City” speech.

From San Francisco to New York, metropolises nationwide are grappling with gentrification, through which reinvestment and rebuilding in a deteriorating area leads to the displacement of the people who lived there first.

A hard-and-fast formula for slowing this transformation once it’s begun is tough to come by. But it’s that reality that has prompted Denver to search for a new path.

Rents in the city jumped almost 50 percent from 2010 through 2017, the fourth-highest increase in the United States after three cities in the Bay Area, according to a study by RealPage. Skyrocketing housing costs and stagnant wages led to a shortage of at least 26,000 units for the lowest earners. This prompted the City Council to create an affordable housing fund, fed in part by increased marijuana taxes.

Aguilar agreed in an interview that it’s too late to help some communities such as the River North Art District above downtown. Here, many creatives who had made the area attractive to residential builders and tech startups have been forced out by higher prices.

The breaking point for many came when Ink Coffee posted a sign in Five Points, an area near downtown renowned for hosting legendary jazz artists that is rapidly becoming unaffordable for African American and Latino residents, that read: “Happily Gentrifying the Neighborhood Since 2014.”

“Solutions in some areas were needed yesterday,” said Aguilar, who worked for 23 years as a primary care physician for Denver Health and Hospitals. “My biggest hesitation in taking this job was knowing I have a big learning curve.”

About 42 percent of Denver’s Census tracts eligible to gentrify have done so since 2000, according to a Governing magazine report that analyzed how much home values and residents with college degrees have increased. The city ranked seventh among the 50 largest U.S. cities for the extent of gentrification, the magazine found.

In this light, Aguilar focuses on areas starting to gentrify, including Globeville and Elyria-Swansea, where reconstruction of Interstate 70 and the National Western Complex are fueling speculation; Sun Valley, just west of downtown; East Colfax, a historic central city corridor; Montbello, an area to the northeast; and several southwestern neighborhoods such as Westwood. A lack of historic investment has left these places with poor infrastructure and a high proportion of renters with low income.

To support NEST’s efforts, the city’s Office of Economic Development issued a request for proposals for a contractor to develop a modeling tool to better understand the impacts of public and private investment in neighborhoods.

The two-term state senator said that she plans to meet with “power brokers” in each region and to learn from them what programs are already working and how the city can help expand those efforts. One such initiative is an affordable housing collaborative in Globeville and Elyria-Swansea. The group is leveraging a $2 million grant from the Colorado Department of Transportation to help buy and rehabilitate homes and then place them in a land trust so that they remain affordable.

“We have families being served 30-day notices that their rent is going to jump by a couple hundred dollars,” said Jeff Martinez, president of Brothers Redevelopment, Inc., a nonprofit developer that’s working with the community. “Or that the owner of their property is going to sell—they need options today, not six months from now.”

The collaborative, which also includes the Colorado Community Land Trust, is mapping properties and seeking partners to help with funding, acquisition, and development, Martinez said. It purchased several homes for $200,000 and already is watching properties increase to $300,000 for a “scrape off,” he added.

Aguilar is also interested in an initiative to help residents remain in their homes in Westwood, where the poverty rate is 37 percent and rent has jumped 16 percent. The community is among those piloting an accessory dwelling unit program in which homeowners can use equity to build a second dwelling on their property that they can then rent out.

“This will allow them to grow equity and build wealth and, most importantly, to stay in place in an area where we are seeing property taxes increase,” said Renee Martinez-Stone, director of the West Denver Renaissance Collaborative, a nonprofit working with nine neighborhoods at risk of gentrification.

“A key way to minimize displacement is through grassroots activism,” she added. “Instead of telling the community we had a project to do, we asked what they wanted and we said we would work to help them get funding.”

As for East Colfax, Aguilar is researching an effort by the city to increase housing and stabilize the neighborhood by redeveloping a former strip club into a project that includes low-income apartments. On this section of Colfax Avenue, the longest commercial street in the country, almost 40 percent of people live in poverty, even as rent increased 12 percent.

Martinez said that the project could be a model for creating a mixed-income community along the corridor.

Activists and Denver housing authorities are also looking to create a similar situation in Sun Valley, near the curvy metal stadium that’s home to the Broncos, where a $30 million grant from the Department of Housing and Urban Development is helping the city reconstruct 333 units of public housing. The area is one of the city’s poorest, with an average annual salary of $12,000.

This project, which will include about 750 mixed-income units, is part of several plans for the area of interest to Aguilar. About $1 billion in investment is on tap, including redevelopment of stadium parking lots into a mixed-use destination and construction of a $50 million installation for Santa Fe-based artists collective Meow Wolf.

In Sun Valley and other neighborhoods vulnerable to gentrification targeted by Aguilar and NEST, the city of Denver hopes to collect novel lessons on how to curb displacement to preserve these communities and their distinct cultures that will be valuable to other fast-growing metropolises facing similar challenges.

“The challenge is to create a diversity of amenities throughout the neighborhood that are attractive to folks in the higher income tiers,” wrote Jeanne Granville, president of the Sun Valley Community Coalition. “Yet also allow for the participation of residents, particularly families, and individuals and families that are working lower paying service jobs or seniors or the disabled living on fixed incomes.”