Be a Good Dad for Gender Equality 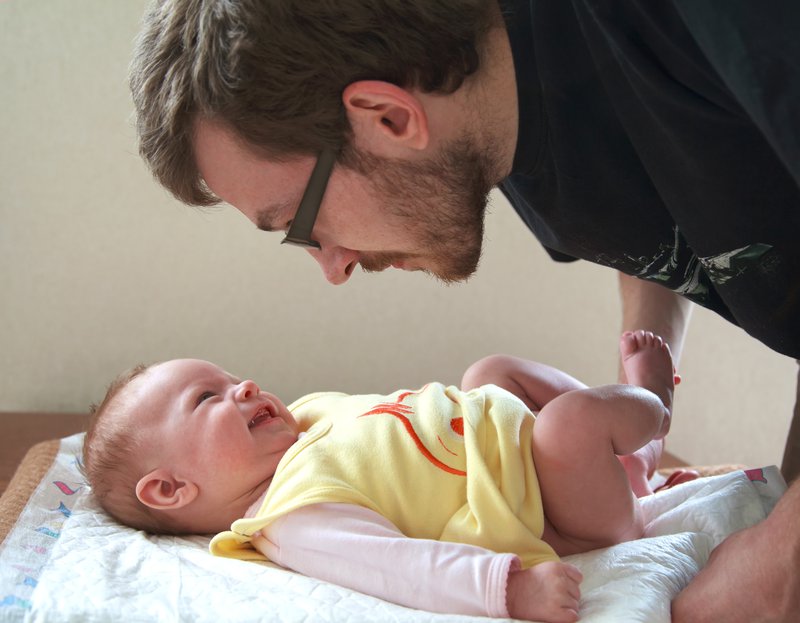 Somewhere on the way to the gender equality revolution we forgot to send a memo to the world’s men. While massive changes have occurred in the lives of women and girls in the past 25 years or more, men have been slow on the uptake when it comes to active support for shifts in gender roles. But there might be a solution: it’s called hands-on fatherhood.

Hands-on fatherhood means changing diapers, going to doctor’s appointments – and even doing the dishes and laundry. Although State of the World’s Fathers, the first-ever global report on fatherhood focuses on data and policies, hands-on fatherhood happens at home—day in and out—and is usually not as clean cut as a bar graph. The report was released by the MenCare fatherhood campaign—coordinated by Promundo and Sonke Gender Justice—earlier this week at the United Nations Headquarters in New York.

The State of the World’s Fathers finds that, while we have far to go to achieve full equality for women and girls, the changes in recent years are staggering. Women are now 40 percent of the paid workforce, and fully half of the growers of food worldwide. Girls are now as likely to finish primary school as boys in nearly all of the world. Fertility is dropping in much of the world and women are less likely to die in childbirth than they were 20 years ago. And yet, globally women earn on average 24 percent less than men do, in large part due to their greater burden of care work.

The story repeats itself worldwide: after parenthood, women are much more likely to work part-time or not to work at all, while men, well, we’re not doing our share. In the poorest countries of the world, women and girls spend two to ten times the amount of time on caring for children and domestic duties than men and boys. Even in the world champions of gender equality in Scandinavia, men’s time devoted to care work is only 40 percent of women’s. What’s more, violence against children is often higher where men do less of the care work. Why? Stressed mothers who face the burden of raising children on their own are more likely to resort to corporal punishment.

So with Father’s Day approaching and brand-new data from the State of the World’s Fathers on our hands, it’s a good time to ask: what to do to increase men’s involvement in childcare? First off, get men involved early. Including fathers in pre-natal visits has shown to be a great hook to building lifelong patterns of involvement. Studies in multiple countries have found that engaging men in prenatal visits is associated with improved skilled birth attendance, higher utilization of post-natal care, and fewer women dying in childbirth. In high-income countries, fathers’ presence has been shown to be helpful in encouraging and supporting mothers to breastfeed. The approach has proven so successful that countries like Brazil and Rwanda have made it part of the national public health systems.

Next, teach boys early about the social significance of caregiving. Working with parents and teachers to socialize boys from early on that caregiving is boys’ and men’s work, too, is proving to be a promising approach in ending the belief that cleaning and caring are women’s work. Programs from Bangladesh to Canada have found that parents and teachers – and boys – can get excited about the idea and see the change that happens when children learn that everyone is responsible for what happens in the home.

Finally, offer paid, non-transferable parental leave for both mothers and fathers. Policies from several countries find that when paid leave is transferable between fathers and mothers, only small percentages (rarely above 10 percent) of fathers take the leave. But when fathers have a use-it-or-lose it portion, they are much more likely to take it. Higher-income countries in Europe are leading the way, on paternity leave (offering 20 days in Portugal, 54 in Finland, and 90 in Iceland), but other countries like Brazil are increasing paternity leave and carrying out national media campaigns to encourage men to take it.

What happens when men do their share? For one, economies grow. If women participated in the labor market at the same rates as men do, it is estimated that the gross domestic product (GDP) could increase in the United States by five percent, and in Egypt by 34 percent. Paid family leave is also good for business: it improves employee retention and reduces turnover, increases productivity and morale, and reduces absenteeism and training costs. At the household level, leave for fathers supports women’s participation in the labor market and can increase their income and career outcomes. A study from Sweden showed that every month that fathers took paternity leave increased the mother’s income by 6.7 percent, as measured four years later, which was more than she lost by taking parental leave herself.

There is also evidence that more equitable caregiving leads to lower household violence, not to mention the mounting evidence that fathers’ involvement is linked to higher cognitive development and school achievement, better mental health for boys and girls, and lower rates of delinquency in sons, just to name a few. And if that weren’t enough: studies also find that couples are happier when men do a fairer share of the care work (including more sexually satisfied). Furthermore, men who report close, non-violent connections with their children live longer, have fewer mental or physical health problems, are less likely to abuse drugs, are more productive at work, and report being happier than fathers who do not report this connection with their children.

So, this Father’s Day, try this instead of stacking up your greeting cards: do the hands-on work of everyday fathering. Do it all the time, as much as you can, and do it as much as your partner does. Your life will be better for it, and the world too. One clean diaper for the baby, one step forward for the gender equality revolution.